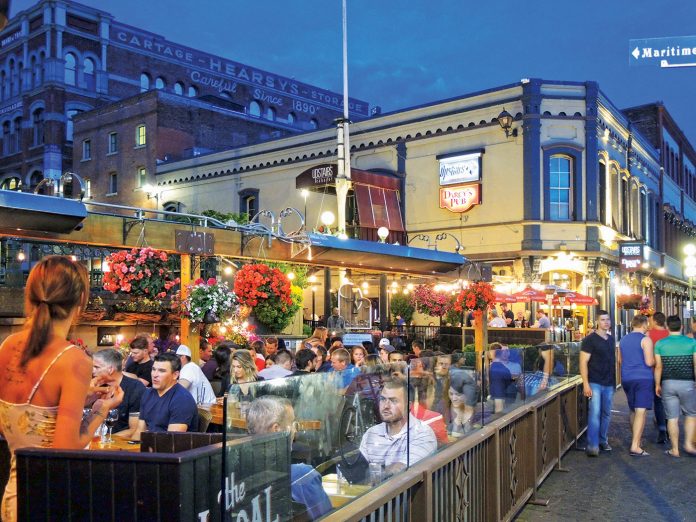 In a potential boon for local tourism, global tastemaker Vogue recently deemed Victoria the “perfect spot for a cool Northwest getaway.” As the article points out, the city has traditionally been left out of regional “cool talks” that focused on Seattle and Portland. But that’s changing. An article in New York magazine talks about our “coastal cool” and a Toronto Star article observes that “somewhere along the way, Victoria got cool.”

The media’s discovery that Victoria is actually cool wasn’t just serendipity. According to Tourism Victoria president and CEO Paul Nursey, the organization has four staff dedicated to content, travel media and lifestyle marketing — and he thinks they’ve been hitting it out of the ball park.

“The Vogue article was one of the over 300 pieces of coverage we got in the past year, around the world, in travel and lifestyle media,” he says.

“That article specifically came to pass with our team’s work with the Magnolia Hotel and their high-powered PR team. We invited five really high-end lifestyle-media journalists, and we put together an amazing program to show Greater Victoria in a different way.”

Bill Lewis, general manager of the Magnolia Hotel, points to all that’s happening in tech in the city, as well as the food, wine and micro-brew scenes, as contributing factors to the city’s cool cred.

“To have something as high-profile as Vogue take that stance puts a halo on the market here,” he says. “We’ve had a lot of great pieces over the years, but we’ve never seen referral click-throughs from Google analytics like the Vogue story. There were hundreds within the first 10 days, where a good media article usually gets a few dozen.”

It’s a good sign for the upcoming summer season, which looks to see last year’s significant growth in visitor rates. Nursey, who started at Tourism Victoria in January of 2014, believes the industry, and Tourism Victoria itself, has become “high-octane.”

“It was kind of a country club,” he says of the changes that have taken place over his two years at Tourism Victoria. “Now it’s all about results.”