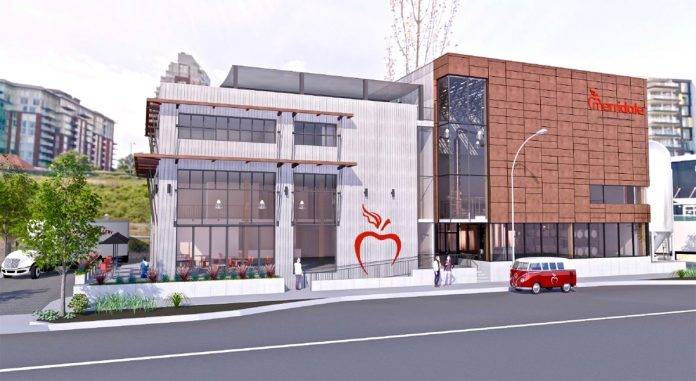 If you’re thinking cider when you think of Merridale’s new location in Dockside Green in Victoria, think again. The planned four-storey brewhouse and distillery complex will focus on grain-based products.

“The concept is going to be Merridale in the city to go with Merridale at the farm,” says Janet Docherty, president of Merridale Cidery and Distillery. “We’re going to brew beer onsite for people to drink there or take home in growlers. We won’t be packaging for sale elsewhere.”

Merridale’s distillery will focus on whiskey and gin and vodka while fruit-based products will continue to be made at the farm.

Dockside Green’s philosophy of sustainable planning is what drew Merridale to the new location at 356 Harbour Road. Plans also include a full-service kitchen, plus a taproom and retail space. Everything will be done to LEED certification.

Docherty, who sits on the board of Destination Greater Victoria, says she has witnessed “huge growth” in the food and culinary appeal of the city.

“The idea was to build it for the people of the area, which is becoming much higher density, and encouraging bike riding,” Doherty says. “But it’s also going to be a tourist attraction, catering to those interested in the food and culinary scene.”