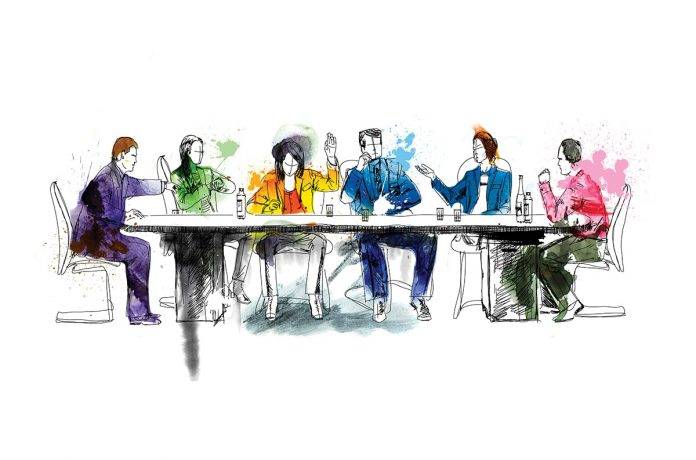 A few months back I met with a passionate young entrepreneur. He was moving at light speed toward his big idea, but he was stumbling on some fundamentals. Like many of his peers, he was close to exhaustion from trying to manage a myriad of seemingly life-or-death daily decisions that all appeared urgent but to which he was only able to give passing attention.

His frenetic pace was clearly unsustainable. So I asked him my standard one-two punch: “What do you do to recharge?” followed by, “Who do you go to for advice when you have big questions about your business?”

His answer to the first question? “I watch Gary Vaynerchuk motivational videos that pop up in my feeds. I think that helps.”

His answer to the second question a few minutes later? “Uh, I guess it’s Gary Vee … and now you?”

We both chuckled awkwardly. Hearing it said out loud, he realized how ridiculous it sounded. Putting aside any judgment of Gary Vee (I won’t argue with his marketing abilities), and the fact that the entrepreneur and I had known each other for only 20 minutes, it was clear my young friend was missing something.

And so I gave him the most valuable piece of advice a cup of coffee can buy; advice that I was given early in my career by one of my most influential board members, mentors and now my good friend Greig Clark: Build an advisory board.

Figure Out What You’re Missing

Clark is one of the most impactful Canadian entrepreneurs you’ve never heard of. But I guarantee you know the company he founded.

You probably see it — or some variation of it —  in your neighbourhood every single day. In fact, you may have even worked for Greig’s company (or one of its many imitators) to pay your way through college.

Which is what Greig did when he founded College Pro Painters in 1971.

Early in the College Pro days, Greig relied on random bits of advice from assorted people. As the company grew, people were happy to throw ideas his way, and he soaked them up. (He was still a student after all.)

He soon saw the flaws in this ad hoc approach: He spent a lot of time updating them and listening to their ideas. But there was no structure or accountability on either side. As he told me recently, “It occurred to me I just might be missing something. One can get in a bubble pretty easily.”

So Greig made a decision. He identified three people — his old boss at General Foods (for the business sense); a former university classmate who was at McKinsey (for strategy); and a clinical psychologist who had consulted for the company (the people side) — and got a commitment from them to meet with him quarterly to review plans and results, ask tough questions and offer strategic insights. “Red meat stuff,” as he calls it.

Get People on Your Side

An advisory board is different from a board of directors in one significant way: An advisory board doesn’t have legal responsibility for the company and, therefore, can only make recommendations not decisions.

An advisory board is primarily there for you, the entrepreneur. And often, that’s what you need.

Terry Doyle is the former co-chair of C100, a community of influential Canadian tech executives in Silicon Valley. In this role, he sees some of the most promising entrepreneurs in the world, who have everything at their fingertips except someone they can talk to openly.

“Everyone in the Valley is on display all the time,” says Doyle, who has sat on a number of advisory boards. “Sometimes people think they can’t be honest about what’s not working. Especially here, or in Victoria where it’s also a fishbowl, entrepreneurs need a safe outlet. Advisory boards are perfect for that.”

Do Yourself a Favour

There have never been more options for entrepreneurs to access advice, from peer forums and meetups to online courses and podcasts. Each has its time and place, its merits and value. Yet in our ever-more frantic business environment, you’d be well-served to seek out the Greig Clarks of your world. (And don’t worry, Gary Vee will find you.)

Jim Hayhurst is a trusted advisor to purpose-driven organizations and leaders. He is currently active in six companies and social impact projects that elevate Victoria’s reputation as a hub of innovation, collaboration and big thinking.