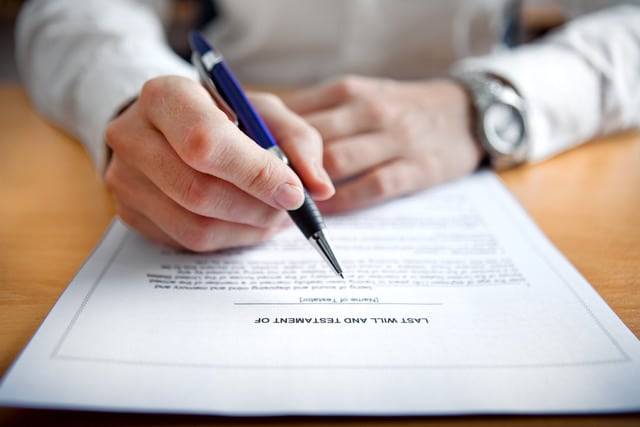 In most Canadian provinces, when you pass away and your Will is found to have errors or is otherwise found to be invalid, it can be difficult, if not impossible, for the terms of your Will to be followed.

Fortunately, in British Columbia, the Wills, Estates and Succession Act (“WESA”) puts greater weight on the intent of the deceased than on strict compliance with the letter of the law.

Section 58 of the Wills, Estates and Succession Act

Section 58 of WESA helps “cure” deficiencies in Wills. It states, in part, that the court may make an order altering a will if the court determines that a record, document or writing or marking on a will or document represents the intention of a deceased person to revoke, alter or revive a will or testamentary disposition of the deceased person.

The Victoria Case of Jacobson Estate (Re)

A recent example of the ‘curing’ effect of Section 58 can be seen in the Victoria case, Jacobson Estate (Re). In this case, the deceased, Ms. Jacobson, passed away March 19, 2019, leaving a Will dated November 7, 2014. The deceased’s Will left her estate to her spouse, Ms. Hyde.

The deceased and Ms. Hyde separated in 2017. No changes to the Will were made after 2017. Unfortunately for Ms. Hyde, section 56(2) of WESA, as described in Jacobson Estate (Re) “automatically revokes a testamentary gift to the spouse of a will-maker if and when they cease to be spouses”. Thus, due to the separation, when Ms. Jacobson passed, the provisions of the Will giving Ms. Hyde the personal property and residue of the estate were no longer valid.

Although there may be convincing policy reasons for the automatic revocation of testamentary gifts when spouses separate, it was clear to Ms. Jacobson’s friends and professional advisors that, despite the separation, she still wanted her estate to be given to Ms. Hyde.

The estate trustee, therefore, started an Application in the Supreme Court arguing that, despite the now invalid terms of the Will, it should be ‘cured’ using section 58 with the effect of complying with the deceased “intention”. The Applicant was able to prove that friends of the deceased, and Ms. Jacobson’s lawyer’s notes, showed that it was always the deceased’s intention that Ms. Hyde inherit the estate even after the separation. The deceased was simply under the (wrongful) impression, post-separation, that the Will was still effective.

In the end, Tucker J. held in the Reasons for Judgment that, “The purpose of s. 58 is to ensure that discernible testamentary intentions are not thwarted “for no good reason” by a failure to comply with statutory requirements. Declaring the terms set out in the Will, in their entirety, effective as the deceased’s will as at the time of her death accomplishes exactly that.”

While this case ultimately resolved to Ms. Hyde’s benefit, the entire situation could have been avoided if, upon separation, the deceased had simply re-signed the Will or signed a codicil.

If you have any questions with regard to Wills and Estates, contact Alexandre Mouret, an experienced estate lawyer at McKenzie Lake Lawyers in Victoria, B.C. You can contact Alex direct at the Victoria office 778-432-2539 or email him at mouret@mckenzielake.com.