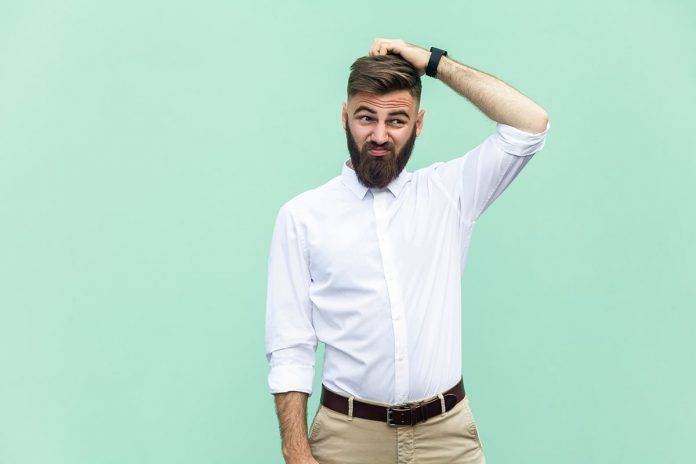 A useful tool to help us assess our levels of certainty is a simplified variation of the Johari Window, a matrix developed by psychologists Joseph Luft and Harrington Ingham in the 1950s.

Some people find that uncertainty so disconcerting that they turn to anyone who promises a certain view of the future — and that’s a mistake. So what should you do instead?

There are two things you can do. First, ignore the fortune tellers, those armchair entrepreneurs or inspirational speakers who are so confident they know exactly why Toys-R-Us or Target failed, and why Canada Goose and Real Estate Webmasters succeeded.

These “experts” assume that patterns of management (good or bad) from the past create road maps for the future. But there are two problems with most of their click-bait analyses: they’re wrong and they create false expectations.

Even if predicting the future were a reasonable activity (which it is not), where would we ever find enough information and insight to do so?

In his book Thinking Fast and Slow, Daniel Kahneman addresses this problem, describing an unconscious bias known as What You See Is All There Is (WYSIATI). This bias essentially leads us to believe we know everything we need to know to predict what should happen next.

Of course we don’t — and we can’t. It’s not that there aren’t good and bad business practices. It’s that a practice isn’t predictive, and being really good at something isn’t the same as having foreknowledge. The mechanical certainty of “if this, then that,” of action and consequence, is artificial and deceptive. In the real world, there are only probabilities and expert intuitions.

We do love our confident gurus though, because uncertainty gets overwhelming, and a little certainty is such a relief that we welcome even the shysters who offer it.

Swimming With the Black Swan

Another black hole in the “smart people do a better job at seeing stuff coming” certainty myth is called a Black Swan.

You may already be familiar with this concept from author Nassim Nicholas Taleb’s bestseller The Black Swan: The Impact of the Highly Improbable. According to Taleb, a Black Swan is a rare event that’s impossible to predict, and one that in hindsight we think we should have seen coming. You hear pundits falling into the Black-Swan myth constantly, saying things like, “How could they have missed …?” or “The consequences were inevitable!”

But predicting Black Swans is impossible —  you can’t create a pattern of something that happens only once or twice in a lifetime.

So if the certainty — that snake oil of fool-proof-ness — isn’t the way forward, what is?

Start by embracing reality — we don’t know everything we need to know and we can’t predict what’s coming. Recognize that certainty is a mirage that leads to stagnation, then learn to nurture a confident attitude of uncertainty. The benefits of this approach are:

• You’ll grow your business based on what is rather than on what should be.

• You’ll anticipate change, which makes you more likely to behave creatively and to rely less on expectations and formulas.

So how do you break through and truly nurture that attitude of uncertainty? It begins with acceptance:

Acceptance of uncertainty: There is more uncertainty than certainty in anything we attempt. The attitude of uncertainty is at the core of everything from good science (there are far more hypotheses than laws) to the Toyota Production System. The right answer is nice, but it is also a dead end. The right question is far more powerful.

Acceptance of creative agility: Human genius lies in agile, creative responses to reality, not in the hubris of “knowing” the future. We have to embrace the reality that we can’t know everything we need to know, yet must act anyway. We have to learn to act with agility and responsive creativity built on skills and practices, not crystal balls. So deepen your practice of things like design theory, lean or agile processes, and strengthen core traits such as emotional intelligence.

Acceptance of collaboration: The absence of collaboration is the biggest hurdle in growing a business, and too often the more successful an entrepreneur is, the harder it is to become more collaborative. An example is someone who can’t let go of the certainty that they’re the only ones who can do the job right. (“I’ve been successful so far, so why jeopardize that by involving others? What got me here will get me there.”) That’s managing by habit. To guard against this, embrace an attitude of uncertainty and realize that growing successfully in the face of uncertainty requires collaboration. Collaboration opens the fourth corner in the matrix: You don’t know what you don’t know — but someone else might.

Stepping Into the Unknown

So yes, while it is comforting to feel certain, cultivating an attitude of uncertainty is where the growth is. That requires the humility to acknowledge we don’t know anything for sure — and the confidence to move forward anyway. That is the heart of the successful entrepreneur.