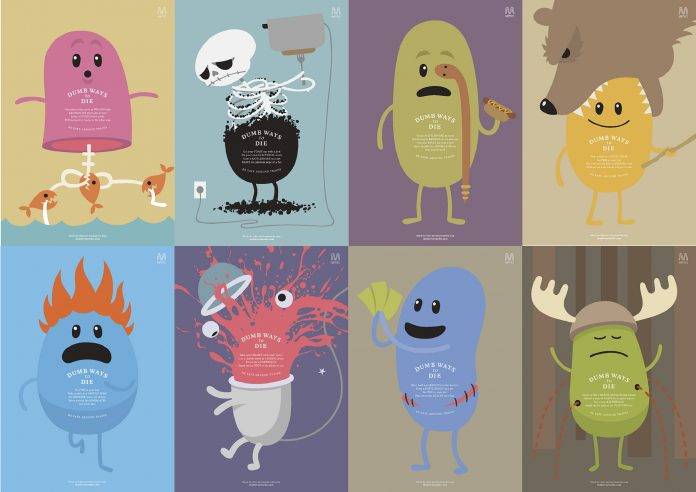 When it comes to marketing, it’s sometimes tough to come up with new and creative ideas that will capture your market’s attention — perhaps even go viral — or at the very least get people talking about your company and what you sell.

I’ve always gotten a kick out of clever advertisements or marketing campaigns, the ones you never get tired of seeing or hearing, be it on billboards, on social media, in print, on television or on the radio. A good example are those Super Bowl ads that glean so much attention, but most businesses don’t have Super-Bowl-sized budgets. Still, that doesn’t mean we can’t learn from and be inspired by the creativity of the big spenders.

Get Inspired
I don’t advocate copying anyone else’s ideas, but there’s nothing wrong with taking inspiration from advertisers whose campaigns have impressed you. After all, successful marketing is often less about dollars and more about innovative ideas. Let’s take a look at a few of my all-time-favourite campaigns while exploring how you might take the concept and make it your own.

I’ve Got a Feeling
We live in a time when experiences seem more important than owning things. This doesn’t just apply to millennials, but also to the massive baby-boomer cohort. In the past, it was drummed into us to promote the features, advantages and benefits (FAB) of what we sold; today, it’s far more about how something makes consumers feel.

Volkswagen tuned into this about six years ago when they came up with their series of “fast lane” experiences in Germany. My favourite: a “fast lane” slide built in a subway, so passengers could opt for the stairs, the escalator or the “fast lane.” The campaign also featured skateboards attached to grocery shopping carts and a blinged-out elevator that sounded like a rocket taking off.

In all cases, the public was invited to take the “fast lane.” Those who did were filmed, and resulting videos were “dedicated to everyone who enjoys speeding life up a little.” Completing the pitch were the slogans “Fast Lane Driven by Fun” and “What Drives You?” Millions watched the videos on YouTube, and the media was exceptionally active in covering the “events.”

Almost all products and services provide some sort of experience. If you can tap into experience in your next marketing campaign, you might discover a way of connecting with potential customers in a more meaningful way. Consider what kind of experience you could give your customers. It need not be expensive, but it does need to tie in closely with how you want, or expect, them to feel when using your product or service.

Catch People’s Attention
My all-time favourite in this genre haunts me (in a good way!). It’s mildly gross and originally made me shake my head; at the same time, I was entranced by it and impressed by the power of its message. With a video at its core, this campaign does not sell a product; it promotes safety.

The ad agency for Melbourne’s Metro Trains created an animated video with a catchy tune called “Dumb Ways to Die.” It features a cast of jelly-bean-type characters who do a whole lot of silly things that “kill” them. These mishaps include poking a stick at a grizzly bear, selling both kidneys on the Internet, standing on the very edge of a train-station platform, driving around the boom gate at a level train crossing, and dashing dangerously across the tracks. To soften the blow, the characters don’t really die — they return bandaged, bleeding and often in several parts to finish the incredibly catchy song, central to the video.

The campaign appeared in 2012 and won numerous awards. The video has a staggering 131 million YouTube views (24 million in its first week alone). Just one day after release, the tune reached iTune’s top 10. Posters, books and apps followed; more than 127 million people have since pledged to be safe around trains. I bet you can’t watch it just once!

We have so much local talent on Vancouver Island, it wouldn’t be difficult to partner with a musician to create a clever, catchy, even addictive video to promote some element of your company. In the past, it was costly to create a video; today, your mobile provides high-enough quality for YouTube and there are simple-to-use editing suites online or bundled with other programs on your computer.

Let Your Customer Rule
Sometimes simple ideas are the most effective. Last year, Apple promoted the photographic capabilities and quality of its iPhone 6 by showcasing amazing amateur, untouched and unaltered photographs on billboards, with the short simple message “Shot on iPhone 6.” The campaign successfully brought home the message that iPhone 6 makes it possible for anyone from hobbyists to bloggers to actual photographers to shoot high-quality photos.

This year Apple will repeat the campaign using portrait photographs and will feature the images on billboards in 26 countries and 85 cities. The images are so impressive they have appeared all over the web and in dozens of media articles, including Time magazine.

Taking this concept into the small-business realm is not difficult. A photography or video competition that encourages your customers, or yet-to-be customers, to focus on an element of your product or service or something within your corporate culture could stimulate significant social media coverage. A local gallery show might offer additional opportunities, perhaps to launch a new product, to thank customers and of course to provide exposure to local media. Photographs could be used in a book, advertisements, promotional material, on social media and in many other ways — all at minimal cost.

Whether you hire an agency or handle your marketing internally, spend a little time looking at what makes the most successful campaigns around the world so powerful. Identify the genius in them and then adopt, adapt and innovate your way to an award-winning campaign.

Learn more about opportunities to promote your business to new people on our popular business magazine Vancouver!