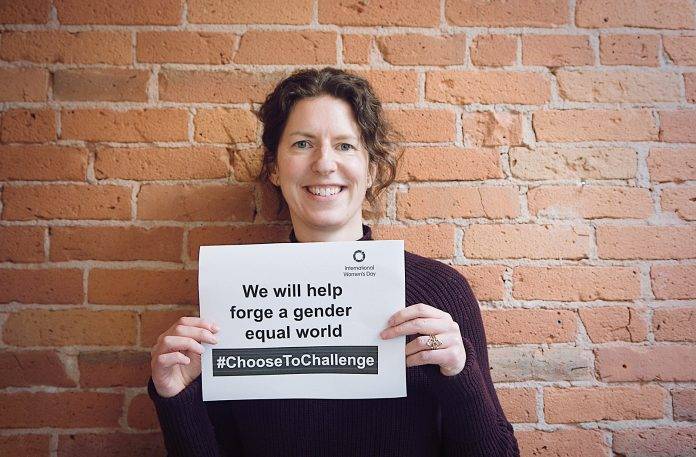 Two weeks ago, around the 17 February, was the first day of 2020 that the average woman in Canada started getting paid. Those first one and a half salary-less months of the year account for the amount lost by Canadian women in the gender pay gap; women in this country work an average of 34 unpaid days a year. That average is lower for disabled and BIPOC women, so it’s fair to think some women are only just being paid or continue to wait to be paid.

Today is International Women’s Day and unfortunately this year’s data tells us that we have a lot more work to do to level the gender pay gap and achieve gender equality at work. Where there once was progress, albeit slow, COVID has doubled back on gains made.

What the data tells us

The Royal Bank of Canada released a report last week analyzing data released by Statistics Canada to see how negatively women have been affected by the pandemic.

The report finds that: “Almost half a million Canadian women who lost their jobs during the pandemic hadn’t returned to work as of January. More than 200,000 had slipped into the ranks of the long-term unemployed, a threefold increase over last year.”

Women in Gen Z account for 2.5% of the population by shouldered 17% of job losses; mothers earning less than $1,200 a week accounted for all of the job losses borne by prime-aged mothers; female immigrants were worst hit, with 8.6% still out of work; visible minority women face double digit unemployment rates compared to women’s overall average of 9.6%.

Women have lost more jobs, quit work and bore the brunt of childcare during lockdown. Subtle shifts in the landscape for those in work are revealing negative consequences too. The British businesswomen Gina Miller is concerned that the careers of women working from home loose out in other ways. Interviewed on the Financial Times’ Money Clinic podcast she says: “Professional women are saying they’re not being included in Zoom calls, or pitches for things. And they are being given excuses, ‘oh well, we know you’re busy at home with the children.”

Those exclusions add up: they affect who gets a promotion or a bonus, they impact saving and pension planning, and they reverse progress made on the gender pay gap.

For knowledge workers the shift to remote or hybrid work has been embraced around the world. Across sectors, feedback indicates that the majority of employees don’t want to return to full time post-pandemic. People have regained time spent commuting, they have been given the option to live where they want to — especially significant for those whose evolving lifestyles have been tacked to the densely populated, expensive urban centres they started in.

Earlier in the year, the Institute for Fiscal Studies published with key findings including an increased disparity between the working patterns of parents, with mothers doing 35% the number of uninterrupted work hours compared to that of the father, and that household responsibilities are falling on mothers. The study predicts that the “substantial shock” of the pandemic “could recipe how families divide paid and unpaid household responsibilities” far into the future.

For better and for worse, the pandemic accelerated structural economic changes that were already in motion. The RBC report indicates that Canadian women held 35% of jobs that were already susceptible to automation — largely low skilled jobs in “industries most affected by virus-containment measures.”

The theme of International Women’s Day this year is “choose to challenge” and I’m hoping we can all embrace this spirit not only in our own working lives, but in how we affect the working lives of others.

How can we help forge a gender equal country in light of this data?

I propose to employers and anyone hiring to challenge your assumptions when you are meeting new candidates for jobs. Be open to assessing and envisioning what transferable skills can look like, don’t default to those who may have taken a more predictable path to the intersection you find yourself at.

Look for the future-facing attributes that will best serve the company, and then consider what skills can be learnt.

While I can’t wait to get my vaccine — I’m desperate to regain the freedom to travel to see family, have friends over and hug freely — I’d rather hold on for longer if it means more equal distribution of vaccines around the world through the COVAX initiative. We have all learnt this year to work towards a collective goal, for the good of everyone. I hope that ability will be transferred to regaining progress and increasing momentum in the fight for gender equality in the workplace.