I met Sam Mod in FreshWorks’ beautifully renovated, empty office – a pre-pandemic acquisition that was fully renovated before the realities of COVID-19 work-life sunk in. The spacious, playful and accommodating building was missing the buzz of creative activity one would imagine of a normal day in one of Canada’s top growing tech companies – FreshWorks was recently included in the Globe & Mail’s roundup of top growing businesses. With a team of 70+, and recruiting, the company has proved adaptability in its shift to a work from home culture, and in its productivity, responding to the increased demand for digital services.

The company’s rapid and successful growth is underpinned by a strong set of values and an open minded ethos that saw Sam Mod and his co-founder Rohit Boolchandani design and launch the BC Highways mobile app in 2016, moving away from early ideas to launch a food truck or develop a boating app. Despite that pivot, food played an important role in the company’s early days, Sam refers to the pair’s early entrepreneurial days as their “Subway mode,” fuelling the tech startup on two subway sandwiches a day.

It’s that ability to adapt, change and listen that ignited the spark and blew the flame that would become FreshWorks. “Whenever someone contradicts me, or gives me constructive feedback, I am always listening,” says Mod of what has been his approach from early on. “And that’s the type of culture that we have set across our organization, be it our VP or our technology team that you’re talking to, or an admin assistant, everyone knows that value at our core, which is humility.”

Sam generously shares his own story as advice to entrepreneurs.

How networking helped to crystallize the vision

It wasn’t an easy start for immigrants in a new city. Mod admits his accent and introverted nature was a challenge. He approached networking pragmatically, like daily exercise for an athlete, focusing on the goal to position employment prospects and contribute to a long-lasting career. “Networking is something that I recommend everyone do, especially early on in their career, because that just opens your mind to different possibilities. And networking with an open mind also allows you to think a little bit more creatively.”

“Initially I was networking for a job. I saw a lot of people getting interested in my application development experience, to the extent that they were asking me to actually develop the mobile app. With my MBA [University of Victoria, Entrepreneurship], I wanted to change my career towards consulting than in the engineering side of things. That gave me an idea, that maybe we can leverage the experience so that I do not have to apply for a job and start something new.”

Taking a risk and delegating responsibility

After receiving his Bachelor’s degree in Engineering in Information Technology (IT), and before moving to Victoria, Mod had worked for a company whose clients included RBC (mobile app) and others in Toronto, giving Sam a familiarity with the country and with the company he would soon create. “I had some exposure to Canadian clients, and definitely had exposure to the programming and consulting side of things. That experience helped me a lot. Because when I came here, that directly translated into me starting this business, bridging the gap between technology and business.”

FreshWorks has developed software and digital solutions for clients including the BC Government, Hootsuite, Harbour Air, First Nations Health Authority, Used Victoria, and many more. The team is valued and respected for their client-oriented approach of good communication, proactive work ethic, commitment to schedule and budget.

Their first big project with the government was a critical mobile application. They had to deliver a proof of concept and, at the time, Mod remembers thinking it was “such an important project,” one that he should be managing himself. “I don’t think I can delegate this to anyone given the significance of this project.. But there were five other things that I was feeling the same about.” Through a mentor, the pair hired their first employee. They quickly realized how it enabled them to focus on their strengths and to become more proactive in getting new clients. “I think delegation is a big part of coming out of survival mode,” advises Mod. “It doesn’t come naturally to a lot of entrepreneurs.” According to Mod it’s important to remember that effective delegation is not simply giving the task to someone else and forgetting about it — delegation, without abdication, is a recipe for success.

When the lockdown set in “we quickly realized that there were two key things we’d need to survive COVID-19. One was proactive, consistent and frequent internal communication with the team to ensure their safety and reinforce that they have job security.” says Mod. “And second is making sure that our well wishers and clients know that we are open to help, and we are open for business.”

“We created some videos to share with the entire company. I was seeing some of the other companies downsizing and making layoffs. The first thing that came to my mind is: ‘what would our people be thinking about? Are they going to be worried about their job security?” Mod and his team filmed videos and circulated them to the team.

And while doors closed with some clients, they opened with others. The BC Government was one of those clients. Faced with a wave of new challenges they needed to provide many digital solutions for the citizens of British Columbia. One of these was a system to manage international travellers, most of whom were Canadians who were required to self-isolate on their return home. In five days, FreshWorks developed a portal where border agents can see who is traveling and where travellers can submit their isolation plan via their phone or laptop.

Mod proudly discusses how he came to Canada as an immigrant and now contributes to the economy, employing over 70 individuals and embedding the values of his own international perspective into the company. “Having started this company as an immigrant, I knew the value that different perspectives can bring to the table,” says Mod. The recognition he’s received for these efforts includes RBC’s Top 25 Canadian Immigrant and Top Entrepreneur in 2019, BC Business 30 Under 30 in 2019 along with VCLA Leadership Award and the Small Business BC “Best Immigrant Entrepreneur” award in 2018, not to mention Douglas’s own 10 to Watch awards in 2017.

Knowing the value that different perspectives can bring to the table, Mod worked with founder of the Inclusion Project, Ruth Mojeed, to develop the company’s diversity and inclusion strategy. “What we definitely don’t look at is Canadian work experience, because when we came here we had zero Canadian experience, but we know how much value we [immigrants] can provide to an organization.” The People Ops team makes a conscious effort to eliminate the potential to prejudice candidates and team members, intentionally seeking talent from different parts of the world and from people with different backgrounds. They have tapped into Canada’s Global Talent Stream for international recruits.

“We want to create a culture which is inclusive. When we have a company get together, we make sure that we’re asking everyone what their preferences are to make sure that we are creating a culture of inclusion where everyone feels like they are participating and motivated. When you do create that culture, everyone contributes their best. And that’s what we have benefited from.” 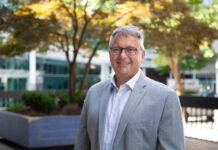