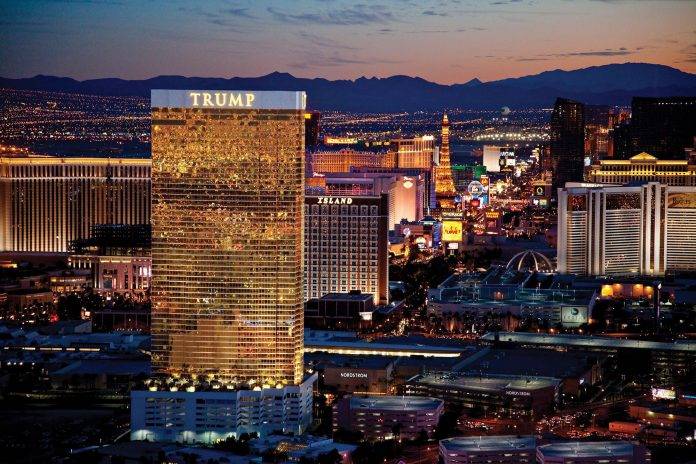 As Canada struggles with figuring out the complexities of NAFTA and dealign with Trump, Douglas’ editor finds some important lessons in U.S.-Canada relations in Vegas of all places.

Why visiting Vegas is a reminder of what Canadians to A few weeks ago, I headed to Vegas, desperate for some sunshine and pool time. I hadn’t been there in a decade, so maybe I conveniently forgot how money-sucking yet absolutely riveting Glitter Gulch could be. What fascinated me most was the culture of entrepreneurial overdrive, where everyone from shoe-shiners to the conglomerates that run most of the hotels on The Strip has an angle. Most conversations are attempts to qualify you and few things are ever what they appear to be or cost what anyone says they will.

Fittingly, all of this took place beneath the gigantic Trump sign at the top his 24-kt-gold gilded Vegas hotel. I couldn’t help but think the co-author of The Art of the Deal would feel more at home on the Vegas Strip than in the White House. I frowned up at Trump’s hotel in the distance every time he mentioned NAFTA on the news, and the Canadian dollar dropped even more.

So it was a bit of a relief to get back to YVR with its serene waterfall and smiling custodians offering me free luggage carts. As I waited for my flight to Victoria, I kept thinking about what an American entrepreneur said to me: “Vegas represents the extreme of the bottom-line brashness and audacity that’s built into American business culture. Canadians don’t get it; it’s not part of their DNA.”

Now, I’m not saying all Americans are brash in business, but I think there is truth in what my friend said. So just for fun, I decided to look at advice from business experts about the differences between doing business with Canadians and Americans:

In contrast, COMISSCEO’s Canadian assessment is: “Canadians appreciate politeness and expect others to adhere to the proper protocol for any given situation. In Canada, communication is moderately indirect perhaps reflecting an amalgamation of both North American and British tendencies.”

Today Translations says: “American executives are opportunistic and willing to take chances. Risk taking often results in Americans going for the biggest slice of the business …”

The same website cautions Americans: “… do not mention your expectations for success based on your experience in the United States — Canadian business people will not appreciate the comparison. Be careful not to bring lilies as a present as they are associated with death.”

I’m not sure why they felt compelled to mention lilies; perhaps they just ran out of things to say about Canadians.

These are stereotypes, but they do demonstrate a global perception about our two business cultures. And as humorous as the comparisons are, our cultural differences will very much come into play in the upcoming discussions about NAFTA, for which the U.S. has just enacted the mandatory 90-day waiting period prior to renegotiating this free-trade agreement.

Note the language surrounding the economic elephant standing on the border:

Trudeau: “We look forward to sitting down with President Trump to talk about how we can make sure that we are helping the middle class in both of our countries …”

Do you see it? It’s Vegas, baby. The art of the deal is totally in play.