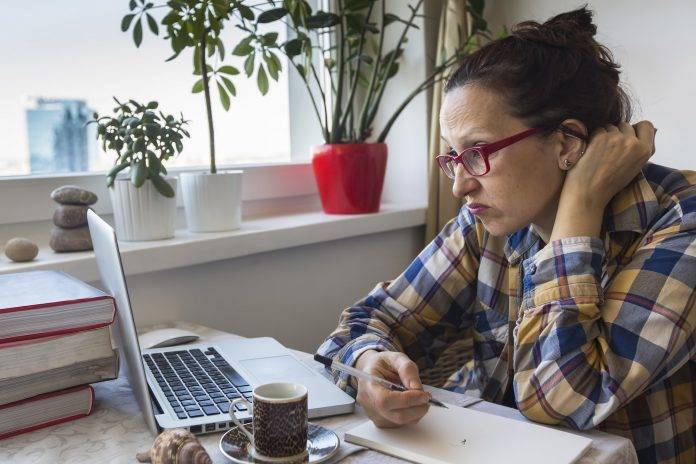 Let’s say you run a clothing store and have an online fashion blog to promote your products. You write an article, share it on your company’s Facebook page and, lo and behold, it’s gaining traction. Likes and shares are going up, and comments are flying in. “Great tips, thanks for sharing” says one reader. “Fantastic article!” says another.

Then you spot the dreaded nonsensical rant: “Terible waste of time!! your ugly and nobody should pay money for these cloths!!!” (Misspellings intended).

This is the work of the oh-too-common troll.

You’ve likely heard the term troll, but let’s dissect it a bit further. Trolls are ugly, mean specimens who hide in anonymity and feed off making other people’s lives miserable. They’re argumentative, attention-seeking and tactless, to put it nicely. They post long-winded hurtful comments wherever they feel they can do the most damage, including social media, online forums and sites where companies rely on feedback for ranking purposes, such as Google, Yelp or TripAdvisor.

I managed social media for television news for many years. There were countless times I wanted to jump through the computer screen and call people out for being mean. Instead, over time, I learned a better way. I learned there’s a way to manage trolls. 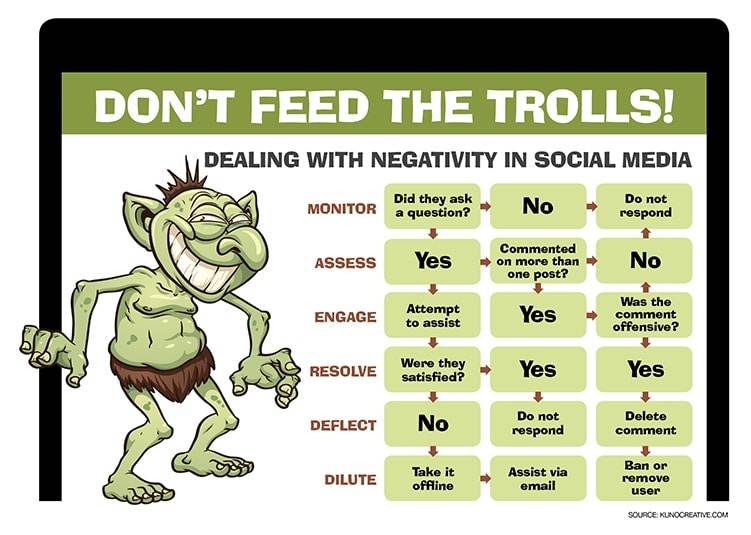 I now work with businesses to help mitigate the wrath of these trolls, and want to share my tips with you.

Let’s break this down into two main points: prevention and management.

PREVENTION
– Decide whether you want to disable comments. For many social media channels and website platforms, “allow comments” defaults to On. Deciding to leave comments on or off can depend on the size of your team to manage comments or whether you’re legally bound to allow comments due to freedom of speech. This may apply to public entities, including news stations.

– Have an external policy in place. List your guidelines wherever you allow comments and outline what you will not tolerate. This can be in your About section on your Facebook page or footer of the Comment section of your website. For instance, Facebook has a Community Standards section where it outlines: “To help balance the needs, safety, and interests of a diverse community, however, we may remove certain kinds of sensitive content or limit the audience that sees it.”

Having your own set of rules gives you something to reference when needing to hide or delete comments.

– Have an internal policy in place. Be sure your team members are familiar with your external policies so they can use a unified message if a troll comes into the picture.

MANAGEMENT
– Don’t feed the trolls. They are hungry for attention and won’t stop until they find someone who will give it to them. Responding to a troll can actually rank a nasty post higher and show up in more of your followers’ feeds if it’s gaining traction. Instead, try ignoring them. Trolls are known to leave quickly if no one plays along.

– Hide mean comments. Some sites give you the ability to hide comments, which blocks them from the public, but not the troll. This is safer than deleting a comment. Deleting can add fuel to the fire and cause the troll to keep posting and make the posts more damaging.

– Have the right team in place to combat the trolls. In addition to the above prevention tip on having an internal policy, having a proper team in place to stickhandle the trolls is key. This is a job for those with thick skin who can keep a diplomatic face for your company.

Not All Complainers are Trolls
Now, it’s important to note the difference between a troll and an upset customer.

A troll’s behaviour is irrational, comments are filled with misspellings and poor grammar, and the messaging is often callous or even abusive. An upset customer may resemble a troll at first with his or her negative comment, but there are distinguishing factors to look for.

Did your company make a mistake? It could be as small as a typo or as big as a major product malfunction. Respond to these posts publicly and quickly, then immediately follow up with a direct message to address the issue.

How fast do you need to respond? A recent study by social customer-experience experts Lithium Technologies says 72 per cent of people who complain via Twitter expect the company to respond within an hour. Other social media platforms aren’t far off. If those complaining don’t get a response, time just adds fuel to the fire.

So perhaps no social media is the solution? Well, the benefits of having your company online far outweigh dealing with nasty trolls. Plus, as your online following grows and you create loyalty, your followers will naturally start to defend you. Hooray!

There’s also good news for Twitter users. It’s currently rolling out new features that automatically filter out “low-quality” and “abusive tweets.” It’s also allowing tweeters to mute words from their timelines. With all of this said, keep up those positive posts and remember: whatever you do, don’t feed the trolls.