Nawalakw means supernatural in Kwak’wala, the language that has been spoken in the Kwakwaka’wakw Territory in the southern Great Bear Rainforest for thousands of years. The word encapsulates ancestral heritage while representing a vision for the future — it is the name of an ambitious social venture and sustainable Indigenous enterprise that is a catalyst for healing and connection.

The Nawalakw Lodge and Healing Village is a dual purpose social enterprise being built in the Hada River estuary of Bond Sound. It will generate profit through the summer as an eco-tourism lodge, funding traditional healing programs and language and culture training throughout the rest of the year.

Keeping the Kwak’wala language alive was the seed of this idea, sown by K’odi Nelson, then a language and culture teacher at the Gwa’sa’la — Nakwaxda’xw School, who took students on week-long camping trips to their traditional territories.

“They were learning more language in five days out on the land than we could possibly ever do in a month and a half in the classroom,” says Nelson. “They’re having fun just being kids on a beach, and in the forest, and they just didn’t even realize they were learning their own language.”

Working in the summers as a tour guide for his cousin’s company, Sea Wolf Adventures, gave Nelson insight into international interest, particularly from European travellers, for longer immersive experiences of Indigenous history and culture. It was much later that Nelson was introduced to the Fogo Island Inn in Newfoundland, whose model for a place- specific destination with positive alignment of capital and community, would help to structure the vision for Nawalakw.

It was the community who nurtured this seed of an idea to life: Nelson told a friend who was on the board of the Community Futures group, an architect friend did some renderings, a federal grant supporting a feasibility study was received and a chance encounter on a summer tour resulted in one early investor.

Phase one, the culture camp, which sleeps 24 students, their teachers and 12 support staff will provide year-round wellness programming and language revitalization. It was funded by philanthropic private investments and is on track to open early this year.

“There’s lots of people that want to help,” Nelson says. “We haven’t met anybody along the early stages that didn’t want to give us a discount or didn’t want to offer more services in kind or end up donating to the project in some way. It’s got this great spirit about it — this whole spirit about the energy around our project — which is pretty special.”

Where did this idea begin?

For us, years ago, we were going into a place called Bond Sound (Hada). And to our disappointment, there was heli-logging going on right outside the mouth of the estuary. That is a place of origin for our First Nations. One of our tribes believes that one of their first ancestors came from there. And so a lot of effort started going into this idea that if we had some sort of cabin or shed on that beach over there, we probably could have stopped that from happening.

What does this land mean to your Nation?

Having our kids on the land is healing. After the intergenerational traumas that our people have endured over the years, there’s a big need for change. Just planting our kids and rooting them and knowing who they are and where they come from. We do that here, and that will be the stem of all wellness to blossom from that.

It was an early investor who told you about the Fogo Island Inn. What was the impact of learning about what Zita Cobb had done there?

I had never been exposed to social ventures. I didn’t know they existed. It wasn’t until I got back from Fogo that the light bulb went on. I always wondered, How are we going to pay for wellness security? We keep talking about language revitalization and mental wellness, the land healing workshops. How do we pay for elders? How do we pay for transportation? How do we pay for the operational costs without spending the rest of my life writing grants all the time? And the idea was, could the profits of the eco-tourism resort just pay for our wellness and language revitalization?

Do you think this is a model that other Indigenous people can use?

I believe that this is why there’s such excitement and an energy around our project at the moment. People are like, “Oh, wow, I never thought of that.” And we totally believe that this business model can be used worldwide for Aboriginal tourism — the Maoris could use it in New Zealand, for example. When we do a good job setting up our social venture, I believe it will be implemented all over the world, not just Canada.

Phase one, the culture camp, will open this year. How will it work?

Once school or community groups arrive on Monday morning, we are speaking Kwak’wala, our endangered language, to them as much as we can, until they leave on Friday. They would get broken into groups and do all the camp life activities, but it’s going to be in our language. Our language apprentices [currently five, ages 19-21] — the young people that are conducting the language planning and lessons with the elders — those are the people that are going to become fluent. Our language apprentices should be well on their way [after year one]. Then year two, we could bring five more first-year apprentices, so we have 10 young people speaking and teaching our language, and it continues to grow like that.

Phase two would be the healing village, which is the adult wellness program and staff housing for the lodging facility of the commercial [eco- tourism] side of what we’re planning. We can have both facilities running simultaneously because of their location. They are strategically separated in terms of distance. When we start incorporating the eco-tourism component, the healing village would double as a wellness facility for a certain portion of the year and then it changes to then accommodate staff housing for the eco-tourism [side, during the summer months].

What do you need to move forward with phase two?

Two philanthropic families from Victoria basically paid for the whole phase one. We didn’t engage either [the provincial or federal] government [for funding], only because we really didn’t need to. Phase two is going to be much larger than our first phase — there will be a big need and a big push for fundraising. And that’s what I’m going to be focusing a lot of my energies on in the early months of 2021, continuing to build relationships with family foundations, so that we can get a few more partners on board with this amazing journey that we’re on.

What I think people like about our model is that I won’t be going to them year after year for funds anymore. Once we are up and running, we have created this [sustainable] model.

Indigenous tourism gets creative in rebounding from the pandemic 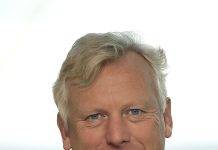