J.K. Rowling wrote Harry Potter and the Philosopher’s Stone in hurried bursts while her infant daughter slept beside her in coffee shops. John Paul DeJoria lived in his car while he launched Paul Mitchell Systems with a borrowed $700. And Guy Laliberte scrabbled hard on stilts, eating fire and playing accordion until his calculated gamble on a travelling troupe opened the door for him to develop Cirque du Soleil. They all had it: that fire in their bellies — that desperate need to make it work, dammit — that separates the true entrepreneur from the mere dabbler.

Matt Phillips of Phillips Brewing and Malting Co. On Brewing a Beautiful Beginning

“It meant that I needed to live in the brewery for the first few years and shower at a local gym,” Phillips says. Because his small space had no windows, with every passing day he ended up going to sleep later and waking up later.

“I had to install timers on lights so I wouldn’t get my days and nights mixed up,” he says.

Phillips wore every hat as he built the company, doing everything from brewing and bottling to selling and delivering.

“I used to rent a cube truck every Sunday night and fill it with unlabeled beer, then head for the ferry” he says. “I’d spend the waits and the crossing labelling beer in the back.”

For about two years, he’d take the 9:00 p.m. to Vancouver and sleep in the warehouse parking lot. “I’d make the delivery at 6:00, when the warehouse opened, and then rush back to Victoria to brew or bottle more beer.”

Seventeen years later, Phillips presides over a multi-pronged beer-brewing empire that includes the brewery, a distillery, a malting facility, a soda company, and, of course, a significant presence at local events like Rock the Shores, Fernwood Bites and its very own Phillips Backyard Weekender.

The experience of “doing it all” in the early days now provides Phillips with critical insight into his people’s needs: “There is something important about doing every job in a company that gives you context for the struggles that staff have,” he says.

It was 1999 and Craig and Marissa Bentham had just begun dating. Fresh from chiropractic school in San Jose, Craig took a job working for a chiropractor friend. When he learned his pal had overextended himself, Craig found himself out of a job. It was decision time: go join another doctor, or launch independently.

He decided to launch a chiropractic practice — but it wasn’t an easy road. “We had $400,000 in student debt,” Craig recalls. “But we took this gamble to start off.”

Along with a chiro friend, Jeff Bartlett, and his wife Tammy, Craig and Marissa cranked another $30K onto their credit cards and rented an 1,100-square-foot space.

“We watched online videos about how to mud our own walls and paint,”says Craig. “We had no idea. We just had no option but to make this work.”

The night before the clinic opened, Craig was fitting the final pane of glass into the wall of their X-ray room.

“We were coming down to the wire because our rent was due and we were supposed to open in the morning,” he says. “It’s 3:00 in the morning, Marissa’s sleeping on the floor. I literally put the last screw in and I was just about to celebrate, and the screw hit the glass and — [he mimes a cataclysmic explosion]. “It was a moment like, ‘Oh my gosh, we’re never going to make it.'”

But they did. Nineteen years, several businesses and a few more nail biters later, their business Backfit — whose team is now made up of 30 staff and includes cofounder Ryan Doyle — offers 11,000 square feet of full-body health care from its svelte space in Saanich.

In 2006, Certn‘s CEO Andrew McLeod was still a student at Acadia University in Wolfville, Nova Scotia. But he was also a kid with a big shiny idea: an online auction site. Determined not to borrow money while he was launching his company, CampusBay, McLeod looked for ways to pinch pennies.

“I went on this thing I called the Wilderness Diet,” he says. “I was so poor that I would only eat things that I could kill, catch or collect.”

His diet included fiddleheads (very nice), ferns (not very nice) and maple leaves (absolutely wretched). He scrounged tiny bass from a pond near where he was living.

“I was probably a day away from going after squirrels,” he laughs.

Despite the pain, there’s something satisfying about pushing through and doing things for yourself, says McLeod.

In 2007, McLeod sold CampusBay, which he had by then refashioned into a classifieds site. It was aggregated with other classifieds sites into what is basically Kijiji today.

Kyla Dufresne of Foxy Box On the Drive to Succeed 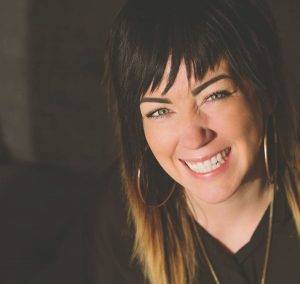 She did’t have a business plan, she didn’t have rich relatives — she didn’t even have her high-school diploma. But what Kyla Dufresne did have was grit. It’s what has built her esthetics empire, starting with Victoria and Comox, and soon to expand onto the Lower Mainland, other parts of B.C. and across the western U.S.

The foundation for that empire took years to build, though. Dufresne started Foxy Box in the dining room of the Fernwood house she shared with four roommates, working nights at the bar and waxing bikini lines by day.

“Every potential client who came into the bar, I gave them a Foxy Box card and I’d say ‘Come see me,'” she recalls. “Girls would come in, I’d feed them a shot of tequila and wax them in my dining room for $20 cash.” On paper, Dufresne didn’t make enough to qualify for a business loan — so she bootstrapped her way to the present day.

Key to Dufresne’s success is her drive. “This is my baby that I grew and built with nothing,” she says. “I employ 40 women and our company did $1.7 million in revenue last year. To look back and reflect on that is like, ‘You did this, man.’ When you put in that footwork it shows. This is how you create a culture. People see that and they want to be a part of it.”

How Cultured Kombucha’s Christine Susut, the Queen of Kombucha, was Born 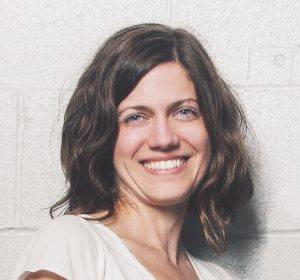 When Christine Susut was brewing the idea for Cultured Kombucha — a fermented health drink made of black or green tea and sugar — she had just welcomed baby #2 but she knew the time to launch this business was critical.

“I had to figure out how to be a full-time stay-at-home mom and get this business off the ground,” she says.

So when the baby slept, Susut got to work, shoehorning R&D into nap times.

“When it was clear I needed more than naptime, I joined a gym that provided childcare while you worked out. But,” she says, “they also had a cafe! So I went down to the cafe and wrote my business plan.”

And that’s how Susut rolled, five days a week for two hours at a time, until her proposal was solid.

“From there I was able to get funding,” she says — but she still juggled motherhood with building a business.

“It was just fitting everything I needed to do in the cracks,” she says. Along the way, Susut battled other people’s doubts. “I was faced, all around me, with this feeling of, ‘That’s a crazy idea, That’s never going to happen.’ And I just really dug deep and found my, ‘You know what? Actually, it is!’ The resourcefulness came out of the determination and just the belief that this was the time to do it.”

Today, Cultured Kombucha is picking up new clients with every passing week. The majority of the company’s sales are by the keg to restaurants and retailers who then act as fill stations for customers.

Connor Tobin of eBuyNow on the Importance of the Ask 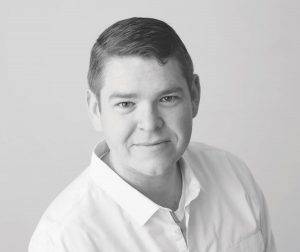 In 2011, Connor Tobin was working at a dead-end e-commerce job for a police supply and distribution company. He realized that to make it work, he was going to need a 300-per-cent raise.

His boss told him to take a flying leap — so he did.

“What we negotiated on was that I take a two-day work week,” Tobin says. That allowed Tobin to pursue a contract with e-commerce company eBuyNow, building out Skype’s web store. After that contract closed, Tobin knew he wanted more.

“I just thought, ‘I’m in touch with these big brands and this big company…I can’t let this career opportunity get away,” he recalls.

So Tobin went to eBuyNow’s owner and asked whether he would partner with Tobin in a new venture and be his CEO.

“And he said, ‘Absolutely not,'” Tobin laughs. “But also: ‘I really think you’re valuable to this company, and I’d like make you a partner.”

Now CIO of eBuyNow, Tobin says it’s his persistence that got him to where he is today.

“Showing someone that you really care is the most important thing to a business owner. The passion that someone brings to the job is the only thing that really matters. I think I showed up with that in spades. And it turned out in my favour.” 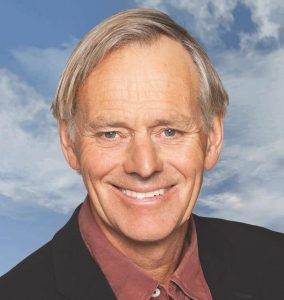 Carmanah Technologies is known worldwide for its dependable, durable lighting systems, but back in 1996, the company was just a glimmer of an idea. It was up to engineering physicist David Green to push his idea for solar LED lights onto centre stage.

“I had to do these presentations in front of so many people, trying to raise money,”says Green, recalling the drudgery of drumming up $10,000 at a time toward meeting his million-dollar target. It was during one of these presentations — at the Union Club, 1996 was the date, and he remembers these details because it happened to be one of the days that CBC’s Venture had its cameras on him —  that Green’s future as CEO took a sharp turn.

“I would bring someone out of my audience and I would give them a hammer, and I’d say ‘Try to destroy this thing,'” says Green. “That was my selling pitch for how the lights were so durable.”

Except, on that day, he picked the biggest dude in the room.

“He came out and put this light on the floor of the Union Club, and took a hammer to it,” says Green, “and he just laid into it.” The light flew three feet in the air and smashed back onto the stage, while the audience tittered.

Alarmed, Green offered for the man to have another go with a fresh light. This hadn’t ever happened before; surely it wouldn’t happen again. Yet the gong show repeated — and this time, the audience roared.

Afterward, Green and a fellow Carmanah investor agreed that perhaps he should step back from the CEO role and let someone with more, uh, sales experience take the fore. Green hired Art Aylesworth as CEO, who grew the company into a global giant, and took a less front-facing post as chairman. It all worked out okay: now Green heads up Carmanah Management Corporation, an investment company that boosts promising tech startups with leadership, advisement and funding.

Whether it’s sassing the boss, sleeping on floors (or in trucks) or foraging in the wild for food, Victoria’s entrepreneurs won’t stop at anything to bring their burning ideas to life. Sacrifice, hardship, humiliation, sleeplessness — it’s part and parcel of the calling.

How bad do you want it?