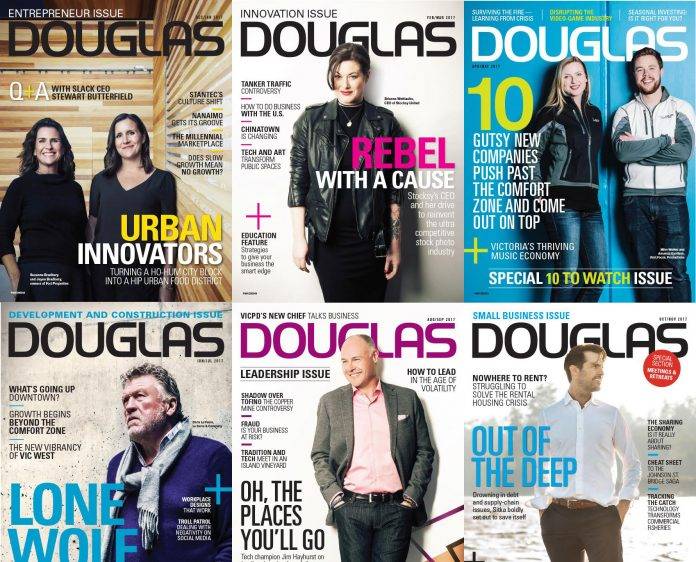 While you’re looking back and reflecting on 2017, also look back on the six issues of Douglas that came out this year — and re-read your favourite stories from those issues.

This issue had a story on politics and progress in Nanaimo, the new vision for Victoria’s Fort Common and an interview with Stewart Butterfield, the CEO of Slack. 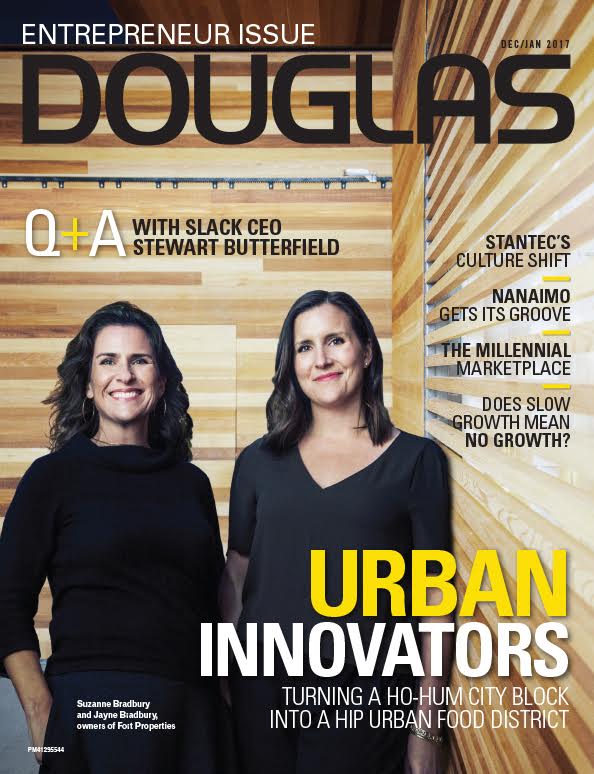 How Chinatown is changing, a candid conversation with Brianna Wettlaufer and more was in this issue. 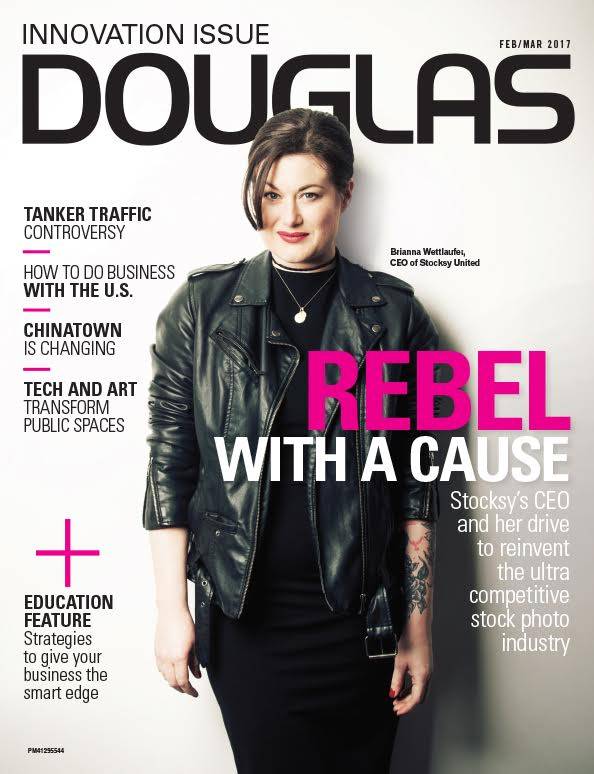 Our annual 10 to Watch issue celebrated ten Vancouver Island-based businesses that are all less than three years old. This issue also had a feature that examined Victoria’s music scene. 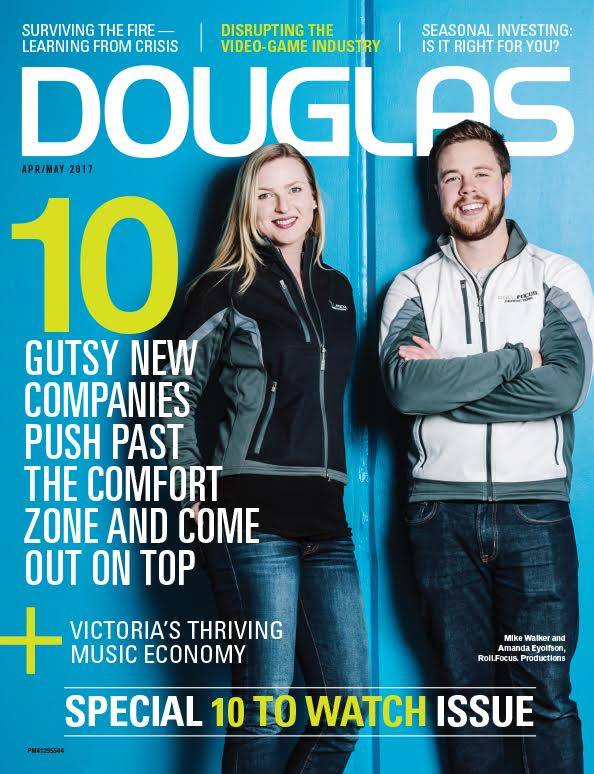 This summer, we spoke with Chris LeFevre to learn more about the new developments that are changing Vic West and breathing vibrancy into this area. 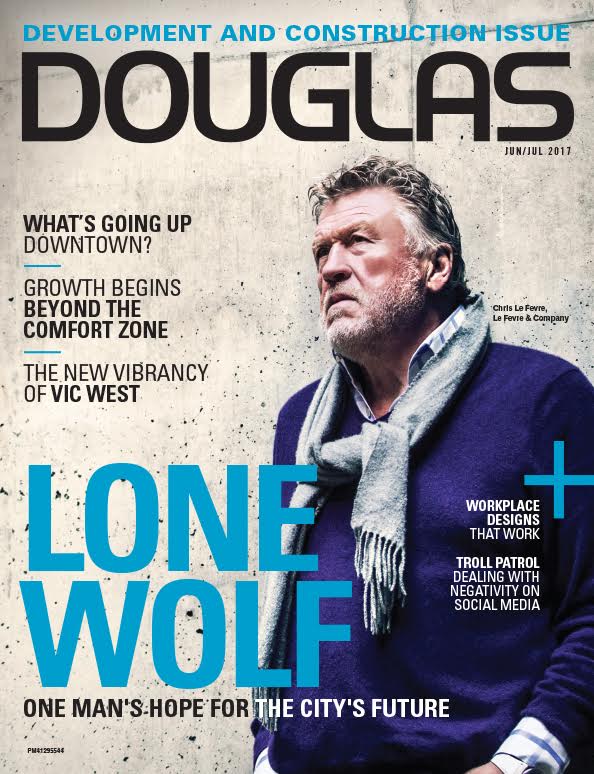 This issue of Douglas saw a feature on the fight to protect Catface Mountain from open-pit mining, lessons in leading in the 21st century and a profile of tech champion Jim Hayhurst. 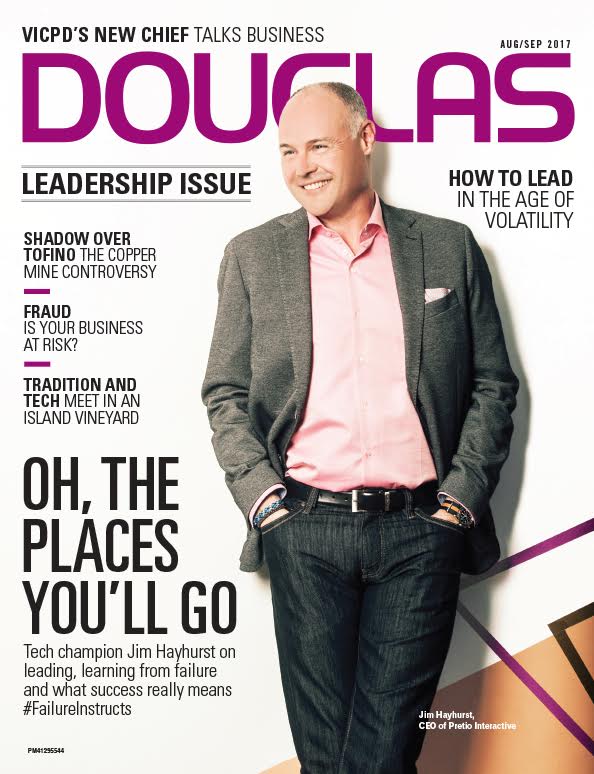 Rene Gauthier of Sitka spoke openly about his business’s near-failure, we created a cheat sheet to the Johnson Street Bridge saga and we examined the city’s housing crisis. 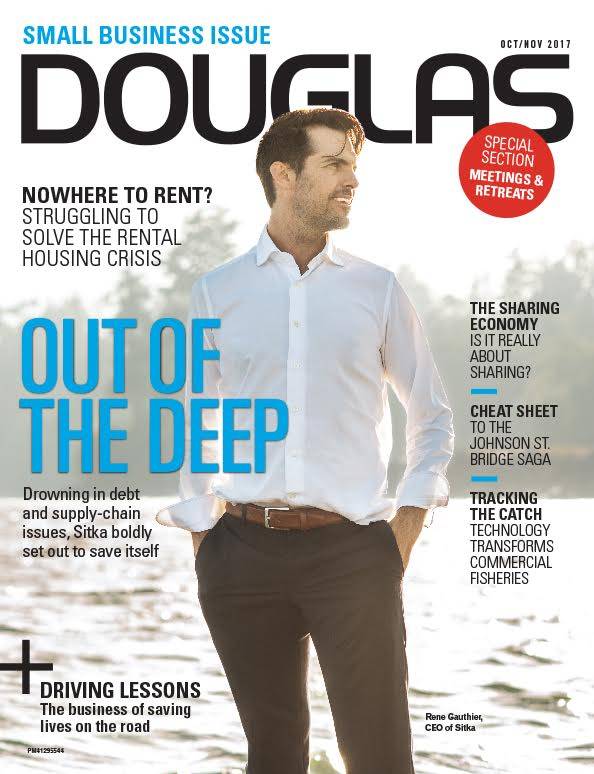