The Supreme Court of Canada dismissed the City of Victoria’s application to appeal a judgment which overturned the plastic bag ban. The ban came into effect July 1, 2018 but in July 2019 the B.C. Court of Appeal ruled the ban is not within the jurisdiction of municipalities and was therefore no longer in effect. The B.C. government is currently considering a single-use plastics ban at the provincial level.

This week John Horgan announced a small cabinet shuffle, which saw two ministers switching roles, while filling a vacancy in a third ministry. Bruce Ralston, who has served as the minister of jobs, trade and technology since 2017, will be taking over for Michelle Mungall as minister of energy, mines and petroleum resources. Mungall will be taking over Ralston’s position, though the ministry will be renamed the ministry of jobs, economic development and competitiveness. Anne Kang was announced as the new minister of citizens’ services, a role which has not been filled since Jinny Sims resigned from cabinet in October due to a police investigation.

The Four Mile Brewpub reopened this week after being closed since October due to a kitchen fire. On January 20 the pub announced on Facebook that they were officially open for business. When the fire first happened the owners had hoped to only be closed for a short period of time, but the remediation would take longer than anticipated so they had three month closure.

Island Bakery announced in a Facebook post that they would be closing after nearly 40 years in business. The bakery says market trends are one factor that led to the closure. The bakery will stop baking January 31 but will keep their retail store open until February 10 to sell their day-old bread. 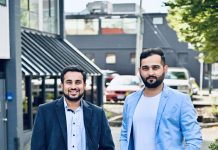