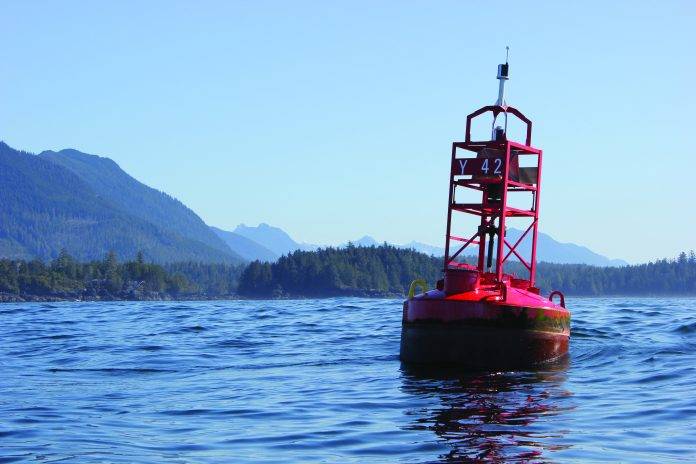 A fierce storm whipped the chilly waters into peaks off Ucluelet in November 2020, tossing a buoy carrying a small black sensor across the waves. Not only did the device survive the storm, but it recorded something unique — a wave that would dwarf a four-storey building.

Scott Beatty, CEO of MarineLabs Data Systems, the Victoria-based company behind the tech that recorded the event, was shocked by the wall of water.

“We couldn’t believe the size of this one individual wave,” which measured more than 17 meters, says Beatty.

It was clearly something special, so Beatty contacted Johannes Gemmrich, a physical oceanographer at the University of Victoria, who specializes in rogue waves.

Gemmrich and a colleague studied the Ucluelet swell and compared it to other rogue wave incidents, and published their findings this February.

“Only a few rogue waves in high sea states have been observed directly, and nothing of this magnitude,” Gemmrich explained in a press release, adding that a surge this impressive probably occurs about once a millennium.

Beatty notes that this wasn’t the tallest wave in history, but it did break a record. In most cases, rogue waves are twice the size of the background swells, but the Ucluelet wave was nearly three times bigger.

“We were able to claim ‘most extreme wave’,” says Beatty.

The designation drew media attention to MarineLabs, a company composed of people who avoid bragging.

“It’s created some momentum for us that we wouldn’t have expected,” says Beatty.

MarineLabs, founded in 2017, was born out of a desire to fill an unmet need. Beatty, an engineer who grew up on Vancouver Island, had noticed a lack of readily available coastal data. So, he and a colleague developed a solution: small sensors they could attach to floats or Coast Guard marker buoys offshore that would transmit wind and wave data in real-time over cell networks. And, yes, each sensor has a phone plan, Beatty said.

They’d planned to sell the hardware — as their current competitors do — but found customers were more interested in a data subscription service.

Today, MarineLabs operates 26 sensors anchored off North America, which could change the way we interact with coastlines.

“What we provide is like Google Maps for ports and pilots,” explains Beatty.

The ability to predict poor weather helps avoid costly shipping delays and damage. Municipalities can also use the data to assess risks for new coastal infrastructure and academics can mine it for research.

Beatty noted that MarineLabs has also partnered with several First Nations to mount sensors in an effort to combine technology with traditional knowledge for ocean stewardship.

Before the rogue wave, MarineLabs was growing steadily, but now they’re poised to expand. The plan is to double the sensor network by 2023, hire more than a dozen new staff and consider a hub office to serve the Eastern seaboard. Beatty would eventually like to install sensors worldwide and start tracking currents, water levels and other new data.