Housing solutions get a seat at the table as Habitat for Humanity Victoria joins the South Island Prosperity Partnership (SIPP) making them the 76th member to join the alliance and the seventh non-profit. A housing non-profit joining an economic development partnership might be unprecedented, but both parties feel that, given the current housing market, it makes perfect sense.

“Lack of affordable housing is consistently listed as one of the top barriers to business from our members,” says Emilie de Rosenroll, CEO of South Island Prosperity Partnership. “It limits our ability to attract and grow talent — two things our economy depends on — and we depend on as a region — to keep our quality of life.”

With so many island businesses in need of employees, affordable housing has become a pressing workforce issue.

“South Island Prosperity Partnership — and our entire region — is strengthened by the expertise and energy each member brings to the table,” says Rosenroll. “With their focus on safe, affordable housing, Habitat for Humanity’s involvement benefits us all.”

Habitat for Humanity focuses on affordable homeownership, an element of the housing discussion that the director of family services for Habitat for Humanity Victoria, Tiffany Gates, feels doesn’t get enough attention. The unaffordability of most homes prevents many people from being able to think long term because they lack access to stable housing, he says.

Gates says it’s a strong organization with 35 employees and a large volunteer base. They help families that make between $45,000 and $84,000 annually and who have no more than $100,000 in assets secure a home. Houses are constructed through donations of money and material and volunteer labour. Since 1990, Habitat for Humanity Victoria has built 34 homes in the region.

“The families that we get the privilege of working with, they get a real chance of getting ahead and moving through the housing continuum,” says Gates.

Connected to the Community

Community membership is an important part of Habitat for Humanity’s organization strategy. The nonprofit has developed memberships with every construction company and chamber of commerce in the CRD. This latest alliance furthers their commitment to community engagement.

“The families that we get the privilege of working with, they have the stability of knowing that they won’t have to move from their habitat home,” says Gates.

Community membership is an important part of Habitat for Humanity’s organization strategy. The nonprofit has developed memberships with every construction company and chamber of commerce in the CRD.

As a member of SIPP, Habitat for Humanity will contribute to alliance discourse and provide leadership and insight on housing solutions. Through these discussions, they’ll also gain insight and intelligence from the partners to better inform their own strategic decisions. For Baker, the biggest benefit is that it helps spread the word.

“If I just get one person who wants to help out and maybe donate some land, or help out with a build, or provide some cash or come to our ReStores, and buy some furniture and be a patron and by doing so support our mission, that’s a win,” says Baker about the partnership.

Habitat for Humanity’s engagement in the region extends beyond housing construction. They also operate two restores, one at Uptown and one in Westshore, which sell used furniture, houseware and building supplies. Last year they diverted 2.7 million pounds of furniture from the landfill.

The profits from these sales cover one hundred per cent of the organization’s operating costs, allowing donations to go directly to their projects. Each store does about 10,000 transactions a year, and every transaction represents the construction of a new house.

Baker says their impact is only growing.

“We’re putting a focus now on making an investment in the community to provide and help address their affordable homeownership needs,” says Gates. 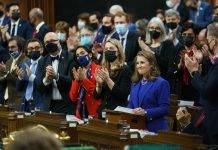