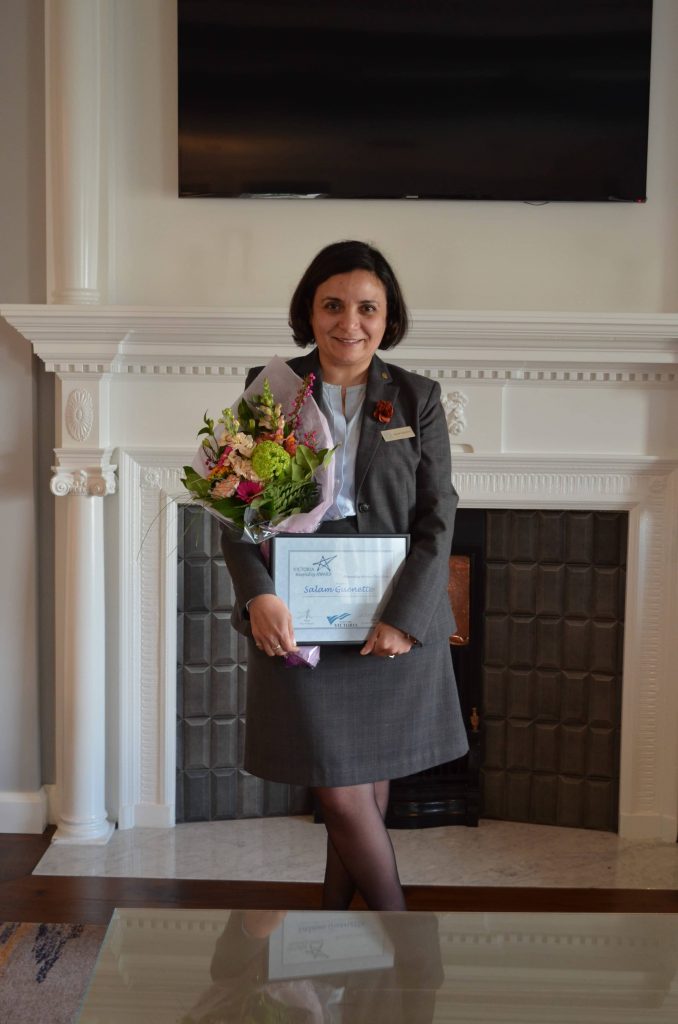 His nomination recognized Salam for organizing a ‘wow’ surprise for his friend in their room while at dinner in the hotel’s restaurant ‘Q’. Salam brought Christmas lights from home and decorated the room with flowers she had ordered on behalf of Alessandro. She also organized a special personalized cake from the Q restaurant and Christmas cocktails to be waiting in the room after they returned from dinner.
Later, they learned from a fellow Fairmont Empress Hotel employee that Salam had performed her amazing service on a day that she was not even scheduled to work.
“The room had been completely transformed and my friend was both shocked and amazed! I thank all of the Fairmont Empress employees for “turning moments into memories”, but especially Mrs. Guenette as they truly made our experience unique… I am hoping to visit The Fairmont Empress again soon as I have found Victoria to be a wonderful city.”
Victoria has a reputation for being friendly and caring and this story proves such claims thanks to citizens such as Salam. The VHAP committee certainly agreed that Salam deserves recognition for her hospitality. 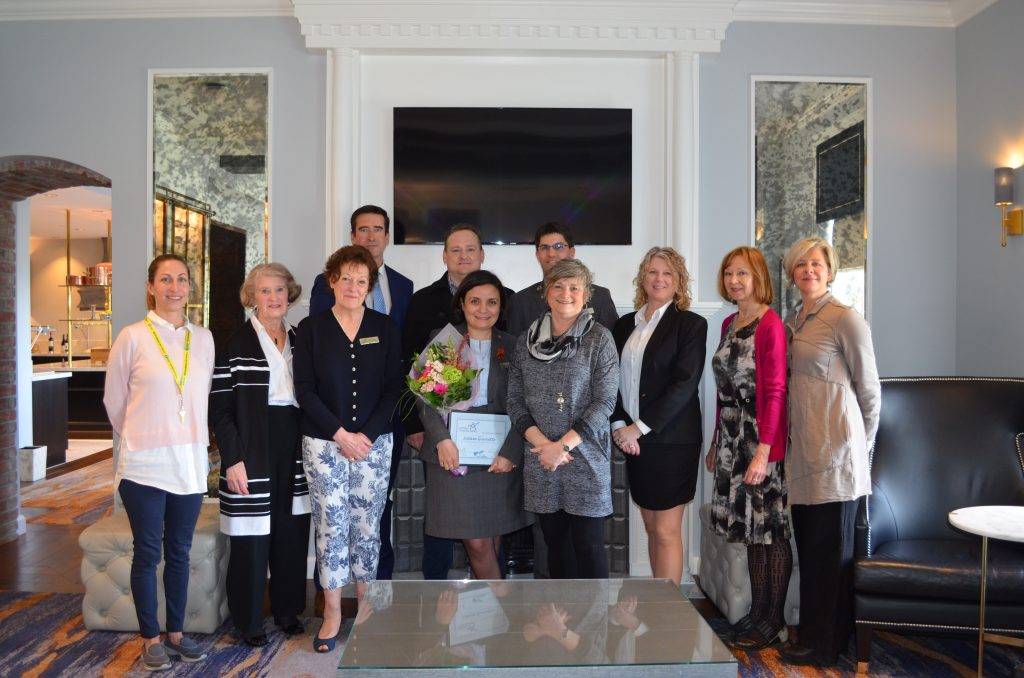 The Victoria Hospitality Award program is a not-for-profit society formed with a mandate to recognize individuals from the Greater Victoria area for outstanding hospitality.  Winners are presented with a signed Victoria Hospitality Award Program certificate, a letter of commendation, a City of Victoria pin engraved with the winner’s name and recognition from various businesses in the community. The Society hosts a Special Event annually to honour all nominees and monthly winners.
For more information and nomination ballots visit www.victoriahospitalityawards.com.