There’s a fairly new tradition in my household. We call it “Analog Sunday” and it involves putting some vinyl on our turntable, tucking into a new book  — or tackling the stack of New Yorker magazines — and drinking copious amounts of coffee. There’s only one rule: no screens. Often the books or records enjoyed on an Analog Sunday come from our Saturday wander through Victoria: a new crime thriller discovered at Munro’s Books or a long-coveted album purchased at Vinyl Envy.

Despite the unlimited digital resources available to the world, we are not alone in our embrace of “real things.” A veritable revolution has taken place, with consumers returning to analog goods, experiences and businesses — which many people once thought were endangered — creating a thriving small-business economy powered by the human need to interact with objects and other people.

“Without getting philosophical, I think it has to do with the fact that certain people feel things are going too fast, and they need to slow down and not push a button and get everything,” says Michael Cline, owner of the record store Vinyl Envy. “There is something about sitting and listening to the full side of a record as opposed to playing ping pong with a tablet.”

This analog trend is not just anecdotal or limited to Victoria. Nielsen Music Canada’s year-end report for 2017 recorded the highest vinyl LP sales in the 20 years the measurement firm has been collecting this statistic. In 2017 a 21.8 per cent increase occurred in vinyl sales — the seventh straight year of growth for the format. And while e-books were the supposed death of paper books, they only made up 16.8 per cent of total book sales in Canada in 2016.

It was vinyl that inspired Toronto-based business writer David Sax to write his latest book, The Revenge of Analog: Real Things and Why They Matter. His own rediscovery of the joys of putting an album on the turntable led him to explore the limited appeal of a purely digital life. In his book he outlines the recent resurgence of analog, including vinyl, paper, film, board games and retail. From United Record Pressing, a vinyl plant in Nashville producing 40,000 records a day (and whose staff has tripled since 2010) to indie bookstore Book Culture in Manhattan to Snakes & Lattes, a board-game cafe in Toronto (where customers can play games from a 3,000-plus collection) Sax highlights the entrepreneurs and small-business owners who have thrived making and selling real-world things. And Sax doesn’t think the market is going away.

“It is something that will only grow as digital technology becomes more pervasive,” Sax says, on the phone from Toronto. “It is a natural reaction to the ubiquitousness of digital in our lives. Digital is all sorts of wonderful things but it’s incredibly standardized. We all have the same phones and we all use the same apps. There is nothing unique about it. We’re searching for something else beyond that. The more of our work, the more of our home life, the more of our pleasure is accessed through digital, the more we’re going to respond and the more value there is going to be in the analog equivalent.”

This search for something beyond the digital experience is just one of the elements behind the popularity of Butterfield Amplifiers. The Victoria-based company has been building, restoring, modifying and repairing guitar and stereo amps since 2009. Run by Gord Butterfield and his daughter Michelle, the company works with professional musicians, “weekend warriors” and music lovers looking for a high-functioning and beautiful piece of equipment.

“You can buy tube amplifiers that are mass produced, but we are getting a lot of business from people who want something that is handmade and of high quality,” Gord says.

“They want a role in the creative process and I find a lot of them come here and want a personal connection with us. They have the pride of ownership but they can also say they know the craftsperson that created it.”

Michelle likens it to the farm-to-table movement: people aren’t only going for the restaurant experience but want to know where the food is coming from and the story behind it. She points to the Butterfield family legacy. Gord learned about tube amps from his father, a professional engineer who designed tube-based industrial control circuits in the 1950s. Gord, in turn, introduced Michelle to the world of guitars as soon as she was big enough to pick one up.

“It’s the meet-the-maker element, which we love as much as the people who come through the door,” Michelle says.

One of the trends that Sax explores in The Revenge of Analog is the revenge of the board game. He reports that while the first few decades of massive multiplayer online games did initially cause board game sales to remain “anemic” compared to its heights in the early 1980s, something dramatic has been happening in the past few years. Hobby games sales have more than doubled in North America since 2008, posting double-digit growth every year, and making up nearly half of the tabletop game industry’s $2 billion revenue. And there are countless businesses opening up to serve this growing market, from publishers to designers to stores and game cafés.

“Tabletop games are booming, in both sales and cultural relevance,” Sax writes. “And it’s happening precisely because of the inherently analog nature of board games and the unique social need they fulfill in our lives.”

When Bill Heaton and Jeff Pinder opened Victoria’s Interactivity Board Game Cafe in 2013, they weren’t expecting it to become a downtown hot spot. Heaton admits they were just looking for a fun job and didn’t think they would make much money. They had originally signed for a much smaller location on Fort Street, but as serendipity would have it, that space fell through and they ended up in a 2,700-square-foot space on Yates. In the years since, they have taken over the space next door, expanding their business to 4,800 square feet, with an offering of 800 to 900 board games (from old-school classics such as Scrabble to popular modern games such as Settlers of Catan and Hive Mind).

Despite the bigger space, evenings and weekends still see a wait-list for a table.

While Heaton jokes that the cost is part of the appeal for the customers (“it’s less than the popcorn at a movie”), he believes the social interaction is the big draw.

“People laugh a lot here,” Heaton says. “You rarely see people on phones and that in itself is a rare thing these days. It’s an excuse to interact with people. The games are just a conduit for people to come together and hang out.”

It’s not just the nostalgic baby boomers longing for the past who are embracing analog. Millennials and digital natives — who grew up with computer games, e-books and free access to all of the world’s music — are driving much of the sales of vinyl. According to ICM Research, nearly 50 per cent of vinyl customers are 35 years old or younger, and 25- to 35- year-olds are responsible for 33 per cent of the total sales.

“I don’t think people are going to it for the sake of nostalgia,” Sax says. “It’s being judged on it’s own merits and as a complement to digital. It’s not the idea of people pushing digital aside. Analog provides that uniqueness and each person accesses it in different ways. It makes some people more productive at work. For others it is strictly for pleasure.”

At Butterfield Amplifiers, Michelle and Gord see a mix of both. While some customers love the experience of turning on their record player tube amp and seeing the tubes light up, others are musicians looking for a superior output.

“They do go try other technologies but come back to the tried and true,” Gord says. “Most musicians who get to a certain level are always looking for that edge and will try anything that’s new that might give them a new sound. Almost exclusively, I find that they are coming back for the warm lush rounded tone of a really well-made tube amplifier.”

In The Revenge of Analog, Sax also points to the digital “disruptors” who are embracing analog, not because it’s cool but because it sometimes provides the most efficient, productive way to conduct business.

For example, Sax finds a very intentionally analog workplace at the San Francisco headquarters of Yelp, the online platform for crowd-sourced reviews about local businesses. In the engineering department, whiteboards are everywhere — on the walls, on wheels, on the back of laptop screens. This was not always the case, however. When the office was first designed, large digital displays were installed but, according to John Lieu, Yelp’s director of facilities, the engineers revolted, threatening to quit if their whiteboards weren’t reinstalled.

According to Lieu, the whiteboards brought the engineers out from behind their screens: “If it’s all computer based, are you really collaborating?” Lieu asks Sax, in The Revenge of Analog. “I mean collaborating emotionally and physically?”

However pervasive digital may become, it seems analog can still move the business world.

“Innovation can be a piece of paper and a pen as much as it can be a tablet,” Sax says. “You have to access what works and what doesn’t. If you can do that as a business, you are set to use the best of each.”

Analog By the Numbers 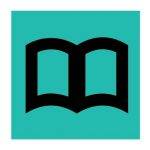 Deloitte Global predicted vinyl records and related accessories would have generated approximately $1 billion globally in revenue by the end of 2017. In the 20 years Nielsen Canada has been collecting information on vinyl LP sales, 2017 set a record for the most. Last year sales increased 21.8% to 804,000 units, marking the seventh straight year of growth for the format. 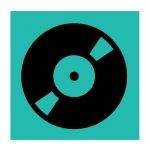 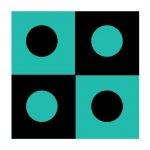 The  Global Board Games Market — Strategic Assessment and Forecast predicts the board games market will grow at a compounded annual growth rate of 9% from 2016 to 2022.