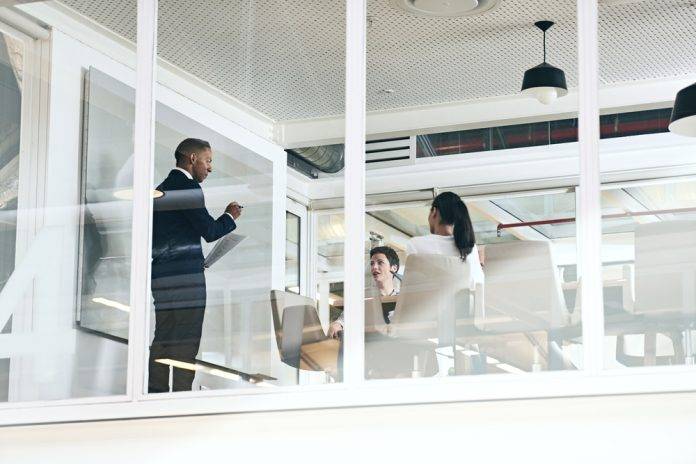 Tom Greenwood is a Toronto-based, Golden-born business advisor who attributes his success to hard work, his stubborn nature and his desire not to fail. He has over 25 years international experience driving growth, building effective teams and executing innovative business strategies as both a senior in-house executive and as a trusted outside advisor.

At Evolve Business Advisory, president and CEO Greenwood is now focused on supporting people to bring new ideas to life, providing a service he couldn’t find for himself when he was starting up. Greenwood thinks entrepreneurs should expect the best for themselves and he shares his advice for finding funding that fits.

The move to virtual communications has created an incredible opportunity for entrepreneurs. It has changed the way we do business, and the way we start them up. Drumming up business used to require commutes, costly travel and the physical toll of schlepping around a trade show. Now it doesn’t. Zoom, innovative virtual trade fairs and a willingness to trust without a handshake have meant entrepreneurs can get a product to market without physically being there. And it means they can secure investment without being in the room.

“For businesses, the silver lining right now has been all of us realizing that the world is so much smaller, and we can actually get things done at so much farther reach than we ever have before,” says Greenwood.

That’s good news for Vancouver Island entrepreneurs, and their equivalents all over the country. The message that Greenwood keeps coming back to is that it’s all about the people.

“It‘s a production,” warns Greenwood, who reminds entrepreneurs that Dragon’s Den distills lengthy, rigorous conversations down to bite-sized seven minute clips that engage and make for good viewing. That doesn’t have to be the reality, says Greenwood.

“What we hear from everybody that comes to us afterwards is once you get into the room, and they really want to make a deal with you, the contract and the rules and regulations that you have to live through are so erroneous that people don’t even want to be part of it,” says Greenwood. “They really want to take a part of your soul and a massive percentage of your company. There’s penalties if you don’t pay back the money in a certain time. It’s almost like a dream crusher, as opposed to an opportunity maker.”

The Dragons typically ask for 50 percent or more shares in the business with very strict conditions. This can leave viewers feeling deflated that they have to sell out their business to be able to grow.

A lot of the companies that succeed on the show do so because they already have a strong marketing plan in place with sales and operating procedures already sorted out.

A good business advisor, accelerator or investor will spend time getting to know the business and the personality behind it. Greenwood looks at the people first, and prefers entrepreneurs whose idea of success goes beyond Ferrari dreams or showing off.

“There’s so many good people with great ideas that may not ever make it because there’s nobody there to help them in such a way where they’re going to be truly there to help,” says Greenwood who often assures prospective clients that he is the one who should be thanking them for their pitch.

While there are tons of funding options out there — from VCs to angel investors — Greenwood warns that sometimes being beholden to shareholder returns can “crush the dream.”

“For us what we do and what I truly believe in is finding the right entrepreneur, we look at the people and the person first, we look at their product or services second, and then financials and everything else,” says Greenwood, whose company is self-funded and makes investment decisions as a team.

“It makes no difference to us if they have a product that has been tested and true. If all they really need is horsepower, we’re ready to help. And we do it in such a way where we’re honored to be part of their success. We think it’s a gift to us, as opposed to us changing that conversation and saying you’re beholden to us.”

Greenwood emphasizes the importance of doing your homework to find the right fit. He suggests that, for every 1000 private equity firms out there, ten might be really good and the rest “are kind of sharky.” It’s the same with incubators and accelerators, and may not be that they are bad but that the values don’t align which will cause rupture in the long run.

Greenwood thinks that times are changing fast and with it so is business; the economy will shift to be more socially driven, as opposed to a purely profit economy.

“Pay it forward is looking at something bigger than yourself,” says Greenwood, who thinks large companies have some responsibility to acquire SMEs that are not going to make it. They may be acquitted for the net benefit but the decisions will increasingly take into account social causes and the cascading benefits of saving jobs and re-building a company that may have taken on debt. It’s a hopeful way forward from the reality we are in after the last 14-15 months.

Evolve worked with Tetra Films in Vancouver and Greenwood says they were a great example of someone they wanted to deal with; their focus has always been social causes and building out the narrative around them. And another example is a founder who left her job in the entertainment industry to follow her passion for helping infants and toddlers, and their parents, sleep better. She now runs a million dollar company.

Regardless of the product, the companies that succeed are the ones that seek and find advice that complements and strengthens the work they are doing. Greenwood emphasizes that you may not get the success unless you have someone that understands the back end of business.

“The foundation of the business is what we all see that companies or entrepreneurs tend to kind of forget about,” says Greenwood; from SEO optimization for social media to contracts and legal documentation for partnerships.

But, he assures potential clients: “if you have something that’s spectacular, you’ll find ways to get your business funded.” 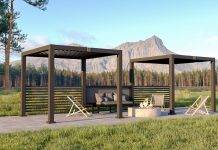