“I was astonished at the turnout,” says Holt. “But what it showed me was that there were a lot of people experiencing a lot of frustration in Victoria in trying to connect. That was a real insight from my perspective.”

Holt wasn’t the only one who was astonished. So was Ruth Mojeed, founder of The Inclusion Project (TIP). But just as astonishing is that Mojeed, who has only been in Victoria since 2015 — when she arrived from Lagos, Nigeria as an international student to attend Royal Roads University — was able to convince so many of the region’s influencers to gather in one place.

People who know Ruth Mojeed describe her as a force of nature. She’s a catalyst, disrupter and bridge-builder and, by all accounts, a brilliant networker who has engaged Victoria’s inner circle with grace and humility.

“She’s an amazing woman, period, full stop,” says Mayor Lisa Helps. “She’s just been an amazing addition to our community because she brings with her absolute intelligence and skill and experience and also a global perspective.”

Mojeed is noted for directness.

“She’s pretty fearless at naming and describing things that make people a little uncomfortable, but in a way that invites conversation about it instead of being accusatory,” says Holt.

Sandra Richardson, Victoria Foundation CEO, is widely credited for having the foresight to hire Mojeed for a six-month internship, a position that didn’t exist until Mojeed walked into Richardson’s office.

“I was struck by her values, focus and commitment to building an inclusive community. She is a positive energy,” says Richardson, adding that Mojeed taught them about their community through the lens of a newcomer.

“She was courageous in asking challenging questions about recognizing educational credentials, job opportunities, issues of gender equality,” says Richardson. “She has taught us that one person can make a difference.”

It’s a good thing Mojeed got that internship.

“Being with the Victoria Foundation was what really sealed my stay in Canada,” says Mojeed, “because if I didn’t get that opportunity, I probably would have gone back to Nigeria.”

Mojeed grew up with the goal, common among Nigerians, to complete her undergrad degree, work for a few years, then go to the U.K. or France. She was studying French to prepare for Europe when someone mentioned Canada. She confesses that, previously, she thought Canada was part of the U.S.

“I say Victoria picked me because there was no world in which I would have thought I wanted to come to North America,” she says. “It was all last minute. At the time I was applying, Royal Roads was one of the very few schools that had anything close to what I wanted to study, with its MA in Intercultural and International Communication.”

Another point in Canada’s favour: A non-profit Mojeed had worked with had a Vancouver branch.

“Then I got here and realized, ‘Oh, Vancouver, Vancouver Island, two completely different things,’” she laughs. “I didn’t know anybody. I had no connections to the community whatsoever.”

But what she found at Royal Roads fascinated her: orderliness, accountability and a real introduction to a global community.

After all, she grew up in a big, busy, chaotic place.

Sift through that, she says, and you’ll find Nigerians are some of the world’s most accomplished and educated people, known to be very industrious, focused and dedicated and imbued with what Mojeed calls “the spirit of Nigerianness” — an ability to make something out of chaos and still be hopeful.

“Nigerians are known to be quite assertive. We can be very determined, and that’s not to say every Nigerian is like that. I just haven’t placed any limitation on myself,” she says. “These are things I’m bringing from there.”

She calls herself a Victorian Nigerian. “I like to say these days that I did not realize how Nigerian I was until I came to Canada. I appreciate more that society that I come out of, now that I’m here, because I see the differences.”

That six-month internship at Victoria Foundation led to a B.C. public service role. Currently, in addition to her work with TIP, Mojeed is an equity and communications consultant and TV talk-show host.

But before you pat yourselves on the back, thinking Mojeed is evidence that Victoria is welcoming to newcomers, understand this: Her experience is not the norm. Far from it, in fact. And that’s how TIP got started.

Although Mojeed secured an internship, she saw her classmates and other newcomers struggling to find placements, which forced many to return to their home countries. It made her angry, especially when so many companies here boast about being diverse, inclusive, equal opportunity employers.

That’s providing you get an interview. Most don’t. Then there’s the “Canadian experience” barrier.

Holt agrees there is a disconnect.

“There are all of these international students arriving in Victoria. They go through the post-secondary system here. They get comfortable with the culture, with the language and they’re looking for employment and find it very difficult,” says Holt. “So what are the barriers in their way? It was a very pertinent question both for those students going through that experience, but also from the employer perspective, because employers are always telling me they are having a tough time attracting and retaining workers in Victoria.”

In frustration, Mojeed used her networking skills and her “spirit of Nigerianness” to create TIP, with the goal of getting everyone to the table to talk about issues and take action.

“The same opportunities I have gotten in this community — to have that replicated in better ways and bigger ways in government, across the country, in business, in civil society, with educational institutions bridging the gap — that is our goal.”

Why This Matters Now

People have been talking about inclusion in Victoria for a long time, so why are people listening now?

Magassa knows. He has been working in this realm in Vancouver and Victoria for a long time. He is a human rights educator at UVic, a member of the associate faculty at Royal Roads, and an instructor at UBC’s Centre for Intercultural Communication. He is also the civilian co-chair on the Greater Victoria Police Diversity Committee and owns a consulting company, Magassa-Intercultural Capacity Building.

“This conversation around diversity, inclusion and equity is key nowadays all over Canada. [Ruth is] bringing a topic that is current, that is on everyone’s mind,” says Magassa. “And she is able to say it in a way that is very appealing and inviting. She invites them in and that’s crucial. She does not say, ‘Give it to me, give it to me.’ She says, ‘Here is something I want to do, and I thought you might be the best person to bring on board.’”

It’s also because of Ruth herself.

Magassa says a key reason inclusivity is important now is that smaller cities are especially susceptible to white nationalists and white supremacists.

“Once they are in a small community, they can do real damage,” he says, noting recent issues in Quebec. “Small communities like Victoria are very appealing to those kinds of groups.”

That kind of damage is social but also economic: Newcomers won’t invest in places they don’t feel welcome.

“That’s why, in Victoria, we need to take action and now,” he adds.

It’s a point Helps also makes. “When intolerance and incivility and all of these things are on the rise, it’s important to put a stake in the sand and say, in our city, we know inclusion is important, not only socially but also economically.”

Helps believes Victoria has an opportunity to be a small powerhouse and even a global influencer. She references the Victoria Forum, held in November 2017, which focused on diversity and inclusion.

“The research that came out of it was that not only is it better socially, for social integration and inclusion and creating a sustainable inclusive community, but also — and I think this is what people, particularly the business community here and abroad, are starting to see — that companies actually make more money. They have a stronger bottom line if they have more diverse workplaces.”

“In Victoria right now, we have the lowest unemployment rate in the country, and so every single workplace, whether it’s a café or a high-tech firm, is in need of workers,” says Helps.

“I think there’s a real opportunity to send a signal to people who are choosing Canada from other countries, whether they’re newcomers or refugees or both, that Victoria is a place where we need people to work in various industries.”

Are People Getting It?

While Mojeed is certainly having an effect in Victoria, it’s early days to know whether people really get it.

“I think people are open to getting it,” says Mojeed. “But in terms of how it plays out, time would be the best way to tell.”

Holt calls TIP “an amazing accomplishment,” but she is concerned about what it will take to keep it going.

“[Ruth] has put an enormous amount of her personal energy, effort, time and connections and everything she could bring to it, to put The Inclusion Project together, to start the conversation,” says Holt. “Now she’s putting the same level of time and energy into keeping it going. I think that’ll be the real challenge.”

Mojeed says if “traditional holders of power” don’t step up to the plate, youth definitely will. Her upcoming TIP Labs will be amplifying some very bright young voices, and she will be supporting them every step of the way.

“This is a program you either get with or it leaves you behind,” she says. 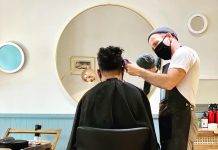 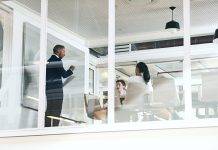