Rahim Khudabux has been named Chamber Member of the Year for 2020 by the Greater Victoria Chamber of Commerce.

Khudabux has been an active member of The Chamber since launching his business, Max Furniture, in 2008. He has served on The Chamber’s Board of Directors since 2018, and has held key roles on The Chamber’s Prodigy Group, Ambassador and Auction committees.

“Rahim is passionate about The Chamber and an awesome role model for other members,” says Dan Dagg, Chair of The Chamber’s Board of Directors. “He really maximizes his Chamber membership by being a positive voice at many of our events. In all of his roles, and with every interaction, he helps our members build connections and participate more meaningfully in our community. He truly deserves to be recognized as Chamber Member of the Year.”

Khudabux is well-known for his role as “Rahim the Dream” at Victoria HarbourCats games, where he hosts dance-offs with fans.

In 2019, Khudabux was a huge supporter of The Chamber. He raised almost 10 per cent of donations for the Chamber’s annual auction gala while also celebrating two major milestones. He became a father for the first time, and oversaw the expansion of his business into a much larger showroom at 3460 Quadra St.

Khudabux attributes his early success to having a strong mentor who provided guidance, support and the occasional push to reach new heights. He now gives back as a mentor himself through the Prodigy Group’s Mentorship Program.

The Chamber Member of the Year award recognizes an individual who has served as a volunteer at The Chamber, has taken an active role with the board or committees, fosters relationships with the community and advocates on behalf of business.

In January, The Chamber will announce the winner of the Governors’ Lifetime Achievement Award, which honours a Chamber member for outstanding leadership and accomplishments over the decades.

Nominations for all 11 categories of the 2020 Greater Victoria Business Awards are open now until January. Finalists will be announced in February. For more information, go to Victoriachamber.ca/business-awards.

The 2020 Business Awards Gala will be held May 12, at the Fairmont Empress.

This news release was received in December, 2019. 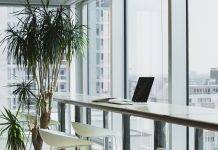 How Commercial Real Estate in Victoria is faring through COVID 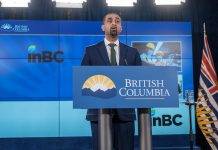 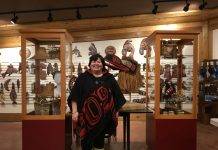 Campbell River Rising: how the region is shaping its future