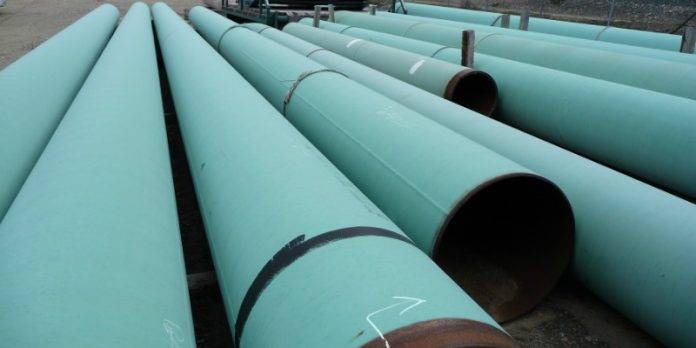 Several people have noted that, as editor of a business magazine, surely I must welcome the federal government’s conditional approval of Kinder Morgan’s $6.8B expansion of the Trans Canada pipeline. After all, isn’t the decision to nearly triple the pipeline’s capacity good for B.C.’s economy?

Fortunately, the old-school days when the business community championed economic development at any cost are largely behind us and I find myself in good company with others who believe a truly healthy economy embraces a healthy environment.

So, as it turns out, I don’t welcome the federal decision. Nor do I welcome B.C.’s decision to grant the project an environmental certificate in exchange for meeting the premier’s five conditions, still-vague promises of jobs and a pay-to-play promise of $500M to $1B from Kinder Morgan over 20 years to offset the risks.

Yes, that extra oil from Alberta will now reach “tidewater,” but it’s our tidewater, and it’s our coastal way of life and coastal economy that bear the risk. This coastal economy includes tourism in general, plus ocean-dependent tourism, which includes everything from kayaking to whale-watching, commercial and sport-fishing, shellfish harvesting and more. These waters define coastal British Columbia and are as critical to us as farmland and ranchland are to the prairies.

The City of Vancouver estimates direct losses from a springtime oil spill to ocean-dependent industries alone could range from $170M to $563M over a 25-year period. That’s just one city and one sector.

According to a 2014 Transport Canada-commissioned risk analysis, the coast of southern B.C. is one of Canada’s regions most vulnerable to marine oil spills — and among the most likely to experience a major spill — and this report was written three years before federal approval to nearly triple the pipeline’s capacity to 890,000 barrels a day, increasing tanker traffic up to seven-fold.

And then there are the unknowns. As Victoria Mayor Lisa Helps rightly said, “No matter what the spill response is, there is no such thing as actually cleaning up from an oil spill. The environment never fully recovers.”

Yet an attitude prevails that our oceans are less important economically than the oil sands — and that any opposition to the pipeline is merely a self-centred defense of our coastal “Shangri-La,” a land of housing-market millionaires who smugly bike to work and can afford to ignore Canada’s national interests.

In fact, Gary Mason said as much in his December 2 Globe and Mail column, noting, “People in Vancouver need to get out of their idyllic little bubble and see how things are in the rest of the country.”

I would argue that it is Mason who has an idyllic view of the coast if he thinks life is easy in one of the most expensive housing markets in the world where young families can’t afford first homes or even decent rentals. The price of housing is relative.

B.C. has taken major steps over the past two decades to evolve our economy from one mostly dependent on a resource-base to one with a major focus on science, film, tech, clean-tech, tourism and its economic offshoots.

We need to continue developing our economy in ways that do not threaten our shores and do not contribute to climate change. It won’t happen overnight, but it won’t happen at all if we buy the argument that we are selfish for wanting to protect our coast, our economy and our brand: Supernatural British Columbia.