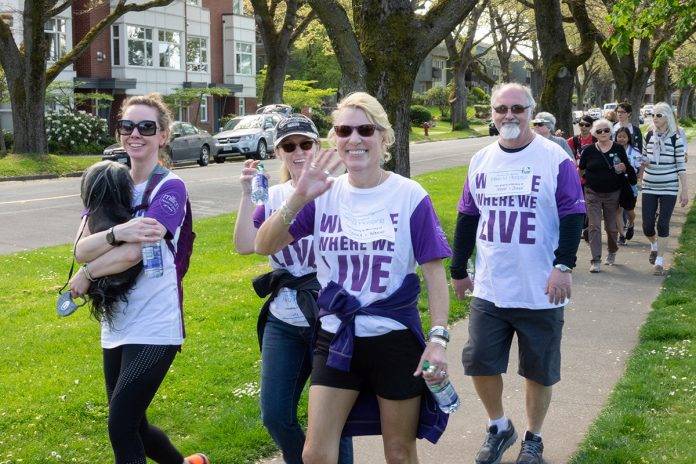 When a tragic crash killed 16 people on the Humboldt Broncos team bus in 2018, a distraught resident from the Saskatchewan city launched an appeal on the popular GoFundMe crowdfunding platform to raise money for the families. In two weeks, $15 million in donations flooded in.

Months of confusion and court hearings followed. A charity was hastily created to manage the mountain of money. When the dust settled, each family with a child who had died received $525,000, and the families of injured teens got $475,000.

And GoFundMe — the publicly traded California company that provides an online platform for fundraising while taking a cut of every donation — got $482,000.

The story is both an inspiring reminder of human generosity and a cautionary tale about shifting winds and new trends in charitable fundraising. People don’t give like they used to — or for the same reasons — and it’s changing how charities think about fundraising.

For Greater Victoria’s 1,000-plus registered charities, fundraising is a fact of life — one increasingly affected by a crowded market, a new kind of donor and the impact of growing wealth inequality.

“Fundraising isn’t predictable anymore because there are so many charities to choose from,” says Tracie Clayton, executive director of HeroWork, a six-year-old local charity that musters volunteer labour and donated building supplies to do major renovations for select charities. “Sixty years ago, there were a handful of big charities and everyone gave them their money. Now, people are not giving in the same way, nor is the same loyalty there.”

Charities generally depend on three key revenue streams to fund the vast array of community services they provide. Government funding accounts for about a quarter of the revenue to charities across Canada and comes with many strings attached and no guarantees of getting it in the first place. Grants from foundations and other funders require charities to write time-consuming proposals and compete with each other for short-term project funding.

The third major stream is fundraising, which is counted on for up to a third or more of their budget for many charities.

For some, these donations literally keep the doors open. Others have the basics covered by contracts and grants but count on fundraised dollars for the extras: a field trip for children in a day care program; a trip to visit family for a person with an intellectual disability; special events at a seniors’ facility.

(Some charities also have fees for service that provide flexibility.)

Charities value fundraised revenue because they can put it where the needs are. It gives them the ability to respond nimbly when they see a shift in community needs or as new issues emerge. It lets them tackle urgent issues without having to wait until an appropriate grant or government contract comes available.

“Fundraising is crucial for us,” says Susan Howard, development director for the Victoria Women’s Transition House Society, which raises $1.2 million in funds from the public a year. “Our client numbers are increasing every year, particularly these last two years with more awareness of issues of domestic abuse. But with that awareness comes the need for increased funding.”

Giving Less Than Ever

Collectively, people in the Capital Region give about $118 million a year to charities. But the percentage of Canadians giving to charities has fallen in the last 15 years, from 24 per cent to 20 per cent. Canada’s population grew 1.1 per cent annually from 2006 to 2016 while donations grew at less than half that rate. The percentage of each generation that gives to charity has been declining since 1985.

“Simply put, our rate of charitable giving is not keeping up with population growth,” notes The 2018 Giving Report from CanadaHelps. “Canada might have more people, but we’re giving less than ever.”

Observers of fundraising trends have made much about the donating habits of gen-Xers (1965 to 1980) and millennials (1981 to 1996). They’re less likely to give to charity than the older baby boomers, and they prefer causes over individual charities — mental health, say, but not necessarily a specific charity that provides such services.

Nationally, annual donations from those younger generations combined are barely half of the $6.4 billion that boomers give, and nobody gives at the level that Canadians now in their 80s and 90s are known for.

But that shouldn’t be misinterpreted as a lack of generosity among younger people, cautions Elisabeth Hazell, manager of donor support and engagement at the Sierra Club BC.

“When I started fundraising 20 years ago, we had the 80/20 rule — 80 per cent of the money came from 20 per cent of the donors,” she says. “Now it’s more like 90/10, or even 95. We’re really seeing income inequality playing out in donations. That’s why millennials give less. They have less.”

Once upon a time, charities could rely on direct-mail campaigns and loyal donors who would give for a lifetime. These days, younger donors like to see the immediate results of their gifts and get up-close and personal with a cause.

“Every year we try to do something new and fresh,” says Lorraine Tanner, director of development for the Victoria Symphony, which raised $2.47 million in 2018-19. “The demographic that likes the symphony is generally older, and they still write cheques and have credit cards, so our annual giving campaign works for them. But we’ve also got ‘Text to Donate’ and online campaigns. You’ve got to stay on top of it — try something new, measure it, reframe it, test again.”

“For instance, if one of the people we support gets a job in a restaurant, they need new clothes for work, but they can’t afford them,” says Tarshis. “A lot of dental care isn’t covered. Maybe you have subsidized housing but furniture isn’t covered. These are quality-of-life issues. More and more, there’s not enough. Many of the people we’re supporting live in poverty.”

Galas and special events are popular fundraisers. But they’re also a ton of work for a risky payoff, and a grand struggle for those without fundraising staff or legions of devoted volunteers.

The small sex-worker charity Peers Victoria Resources Society organized five fundraising events in 2019, from an axe-throwing event to a “high tea.” But that was a push prompted by Peers’ selection as the beneficiary of a building renovation by HeroWork, whose model requires chosen charities to fundraise a third of the fair market value of their reno.

There are so many charity galas, and golf tournaments going on these days in Greater Victoria that charities are tripping over each other, says Brenda Wilson, executive director of Greater Victoria Citizens’ Counselling Centre.

“More and more non-profits are entering the field, all of which is time taken away from their primary purpose,” she says. “We lucked out because Michelle Le Sage from Oak Bay Beach Hotel got together with others she knew and became our champion. Last year, they put on our gala and we barely lifted a finger. If you find the right champions to walk alongside your agency and clients, that really works.”

The Rise of Peer-to-Peer

GoFundMe and other crowdfunding platforms are versions of what’s known as peer-to-peer fundraising. It takes a number of forms: A birthday party where the host asks you to give to Charity X in lieu of a gift; a bike ride you sign up for because a co-worker was newly diagnosed with cancer; an emotional pitch for a sick child that passes through your Facebook feed and catches you at the right moment. (Interesting fact: A third of all GoFundMe campaigns are raising money for sick Americans with insufficient health care.)

Overall, a personal connection is a rising factor in giving. An Insights West survey in May 2019 found the top three reasons British Columbians give are all personal: an event in their personal lives, a personal request, or sponsoring someone they know.

When it brings in extra money for good works and raises the profile of a charity among new donors, “friendraising” is positive. But it’s no substitute for regular giving from loyal donors, says Joanne Linka, manager of communication and fund development for The Cridge Centre for the Family. 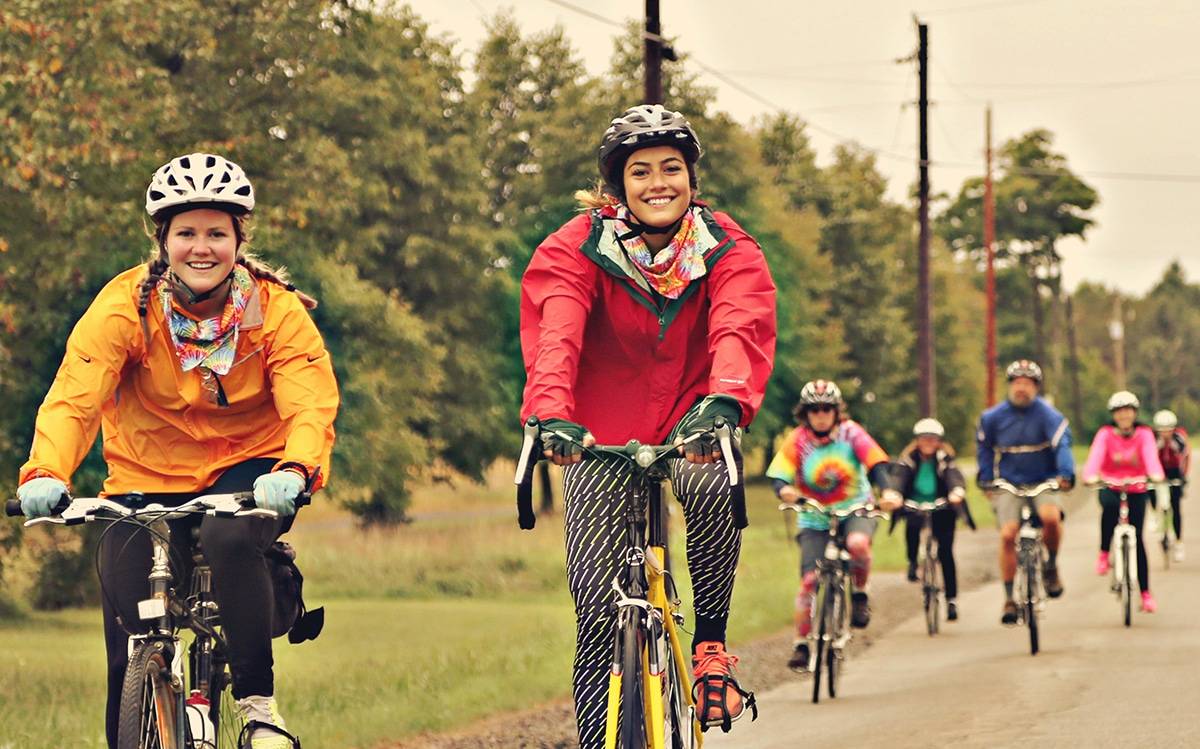 “The Ride for Refuge is one of those kinds of fundraisers. We’re in the sixth year of that and have seen the benefit,” says Linka of the national bike ride in  which participants form teams and pick a charity of choice. “But those donors are giving to their friends, not the charity. They’re one-time donors, and the chances of them being invested in the charity itself is not as likely.”

The Victoria Foundation, which distributed $22 million in grants to Greater Victoria charities in 2018, wants to help local charities understand what drives younger donors.

“They want to give to places where they can take their children and teach them,” she says. “When we talk about writing a cheque, they remind us that they don’t use cheques. They’re more entrepreneurial, and they question your decisions. They’re definitely more about causes.”

The national charity fundraising consultancy KCI says the giving habits of young donors are so different that charities may need to rethink many of their approaches.

“Millennials in particular tend to see charity as a lifestyle, defined more by the choices and purchases they make rather than by financial contributions to charitable organizations,” writes the company in a 2018 report on campaign trends.

Wherever the trends go, building relationships is still the most important thing a charity can do, agree those interviewed here. Nothing beats a coffee date with a regular donor and a handwritten thank-you note.

“People are committed to the Sierra Club because they got to know our board and staff,” says Hazell. “Too much credit goes to the big one-off gifts and not to the tens of thousands of $5 and $10 monthly gifts that keep us all going. If people really want to make a difference, give monthly.”