Here’s the thing: If you took every residential tower approved by Victoria City Council over the last five years — and those in the approval queue — and laid them end to end, they would stretch the length of the Pat Bay Highway in a wall of concrete from James Bay to Schwartz Bay.

OK, it’s a fake fact, but it’s fun to think about.

But these are the kinds of fake factoids that are ever-present in the fevered discussion of the anti-height movement.

And make no mistake: fear of heights has a long history in Victoria. For a very long time (sometime after the Songhees people were relocated from where the Legislature now stands, but definitely before View Towers hit the ground), the accepted view has been that no building in our city should be taller than the tallest Sitka spruce, which at that time was 20 metres.

But time marched on, perspectives changed, we started measuring things with lasers and not trees, our population grew, economies diversified and suddenly we found ourselves thinking the city had the potential to be cool enough for young creatives and techies.  So lo and behold, we started stretching skyward.

This, of course, resulted in hushed and earnest coffee-shop and street-corner conversations about height limits, design guidelines, shadow studies, density and floor-space ratios.

And back in 2011 when the forecasted growth for metro Victoria was another 20,000 citizens by 2041, it seemed like we had lots of time to decide on height. But now it looks like we might hit that total 10 years early. So it’s time to revisit, revise and maybe even add a little reverence to the conversation.

We live in a beautiful city. Our streets connect and cross without a passing thought to grid patterns or alpha-numeric sequencing. We kind of like it when tourists can’t figure out that the road system is less science and more art. Our roads conform to the granite contours of our Island city. They all converge at the sea. We can walk the streets and never be far from the sights, sounds and smells of nature. Naturally, those experiences locate us and define our connection to place.

However, everything adapts and evolves — and the question now becomes “How do we hold on to our love of place while embracing change and growth?” How do we keep our sense of reverence, our love for our city and its evocation of that magical intertwine of natural and built form, while opening up to a changing skyline?

This is the challenge we all face. It’s the challenge we offer to the developers, architects, landscape designers and every profession that puts a hole in the ground for the purpose of building skyward and making a profit. It’s a challenge of process.

Sadly, we only really focus on the question of building form and height through the permitting and approval process. It’s a process designed to extract the negatives — issues, concerns, potential mitigation and, too often, compromise — further fuelled by a recent screaming headline of a building breaking the height barrier.

What we need instead is a process open to possibility, inspiration and appreciation for the unique attributes of our city and how we experience it. We need to come together to consider growth, public spaces, transportation, pedestrian walkways, public art, natural spaces and other urbanist principles which lead to that elusive “greater than the sum of the parts” calculation. That’s not a conversation confined to a 60-minute city council meeting.

So who can bring us together to passionately discuss our unfolding future in a way that results in buildings we can embrace from top to bottom? So that we can hear in detail from the developers about how building height frees up room on the ground and how the top of the building pays for the bottom, offering market affordability? We need to ask important questions like: Has increasing density actually led to more green spaces, more active public spaces and more walkable neighbourhoods?

There are many topics to be researched and discussed. Like all urban development topics, height is a connected topic. So maybe while the developers are looking skyward and performing detailed cost calculations on “floor/space ratios” and such, they may want to consider investing to support public dialogue, at least as much as they try to buy their way into our hearts through sponsorships and charities.

Developers, with their stores of research and data on population density, are in the ideal position to update our vision for the city. And they have the incentive to do so.

One idea: developers could design and host a collaborative public visioning process that brings everyone to the table. Of course, I also recognize that developers are some of the most fiercely independent people around, so if working together is expecting too much, another idea is for the City of Victoria to create a competitive process where developers could present their ideal visions for Victoria’s downtown. The winner would get the thing they desire most — bonus density.

It‘s time to be bold, not just in design but in discussion — so whether you fear height or see the value in growing taller, it’s important we don’t limit the conversation to the forced and blunt process of approvals and permits. Don’t cave to risk aversion. Engage us, inspire us, and show us how tall can be beautiful, so that we don’t default to a “mini-Van” sensibility — just like Vancouver but 20 stories shorter.

In April, Victoria City Council approved Hudson Place One, a Townline Development condo tower at 777 Herald Street. When complete, the 26-storey building will top the height of the city’s current tallest building — the 21-storey Promontory condo tower in Vic West.

Although 777 Herald was originally envisioned by the developer as a 29- or 30-storey building, the developer lowered the height after concerns from City Hall. The latest plan shows Hudson Place One as 25 storeys, plus penthouse rooftop decks that the City says brings the total to 26 storeys. 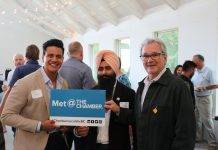