I’m conducting our interview from my kitchen while dealing with intermittent internet connectivity and John Stackhouse is in his office at home laughing about our constant freeze frames as we talk about the state of Canada’s economy, what being competitive means, and what’s next for the world post COVID-19.

The best-selling author, podcast host and Senior Vice President for RBC is kind of a big deal, but in typical Canadian fashion, he’s pretty low-key about his accomplishments. His bio tells me he spent 25 years at The Globe and Mail, including terms as Editor-in-Chief, editor of Report on Business and as a foreign correspondent in India. He is the author of Out of Poverty, Timbit Nation, and Mass Disruption: Thirty Years on the Front Lines of a Media Revolution, and, most recently, Planet Canada. He is a Senior Fellow at the Munk School of Global Affairs and C.D. ‎Howe Institute and sits on the boards of Queen’s University and the Aga Khan Foundation of Canada.

For our interview, he’s just a Canadian who cares about his country and our place in the world, and he’s all in for the conversation about moving us forward in the smartest way possible.

His presentation is titled Skills Revolution: Our Future Depends On It, because, as he says, COVID-19 has not changed the future, it’s merely brought it forward, and during this period of rapid acceleration, we need a workforce that’s appropriately prepared to usher us through it.

“We’ve seen ten years of change compressed into nine or ten months, and we’ve all suddenly discovered an ability to do things in a matter of weeks that usually took months or years,” says Stackhouse. ”There are skills that are required to do that, and it’s all different and in some ways harder in our new remote work environment. So what are the skills as a country that we are going to need to be able to do that in a way that amplifies us as a growth opportunity in a global market? Skills ranging from digital capabilities to resilience, and the ability to communicate, collaborate and innovate in a decentralized environment; these are going to be the power skills of the twenties.”

Embrace change as we enter the fourth Industrial Revolution

As the Canadian economy recovers in painful fits and starts from a crisis that left many business owners caught “like deer in the headlights,” Stackhouse says rather than lurching along in reactive mode we can embrace accelerated change and use it to generate prosperity. But first we need to fortify ourselves against future crises.

“The problem with Canadian SMEs is they tend to run low margins. They keep low levels of liquidity. And therefore, when a crisis hits, they don’t have the flexibility or wherewithal to quickly shift. We need to work on that, and we also need to ensure that we have a truly competitive mindset – and that doesn’t mean a ruthless mindset. It means a mindset that is always looking for change opportunities of knowing that whatever we’re doing now can be better and maybe way better. And if we don’t do that, someone else will, that’s the competitive mindset. That means we can’t wait for next year to make the change, we have to get on with it now.”

Stackhouse sees us as living in the age of the fourth Industrial Revolution where data-driven technologies become more and more critical to resource production. More than the automation of human tasks, he says, it’s about capturing data and delivering it in real-time to push your advantage. And it’s about leveraging the strength of our knowledge industries and the abundance of our resource industries in collaborative partnerships that increase our competitiveness and help us create a greener, more sustainable approach to resource development.

And, again, he says, that brings us to educating the workforce. “This kind of revolution requires us to invest even more in our universities and colleges because those are usually the hubs of this kind of economic activity.”

The Canadian workforce, like many others around the world, is undergoing a massive shift in not only skills development but also where they work, with the home office taking centre stage in the ‘new normal.’ Stackhouse says the biggest takeaway for him from the pandemic in terms of its effect on our world is how it has pushed us to decentralization.

“The 20th century economic model was all about centralization. It was about the factory, the office tower, the university and bringing things together in clusters. We are now moving towards being geographically agnostic, being able to de-cluster or un-cluster and re-distribute everything from work to learning, to shopping, to entertainment. And it’s not anywhere near perfect right now, but it is what the future can and probably will look like for humans. When the dust settles, we’ll want a hybrid in a lot of those areas. We still want to go to venues for events, to restaurants for food, to classrooms to learn, and to offices to work – but some of the time, not all of the time.”

I asked him about our regional economy, and how Greater Victoria and the Island can best position itself as a player on the international stage. Two words, he says: ocean economy. He recalls his recent podcast interview with Victoria-based industry leaders Julie Angus, CEO of Open Ocean Robotics and Kate Moran, CEO of Ocean Networks Canada (both panelists at Rising Economy Week). “That is obviously a huge opportunity in Victoria and can be a significant growth driver. We’ve targeted agriculture as a key opportunity as well for national wealth generation, and that includes high-value exports and oceans-based exports. And it’s not just fish and fish products. There’s all sorts of great economic value coming out of the oceans sector and its related industries and that can be a real driver.”

Victoria, he says, could ultimately be to the oceans economy what Silicon Valley has been to information technology. “In many ways, Victoria is on its way. That kind of ambition requires chutzpah, requires money from public and private sources, and it requires people – usually people with a global mindset.”

The lesson for Canadians on the global stage coming out of the pandemic is that our relevance to the world is probably less than we imagine it to be, and that’s okay, Stackhouse tells me. We need to stop thinking about being part of international institutions and jostling for power positions. We need to be more focused on the future that’s beginning to form now: a future driven by a network of people connecting and amplifying, rather than the stacicity of traditional, linear thinking and action.

“The most powerful forces in the world this year include the Black Lives Matter movement, Greta Thunberg’s climate change movement. These are networks, and we have a network of two to three million Canadians out there in the world that are not activated. They can be our competitive advantage as much as the Canadians who live here, exporting our values to the rest of the world.”

That’s the premise of Stackhouse’s new book, Planet Canada, which examines the effect the expat community has on our reputation and on our growth, and asks how we can leverage their influence to grow our share of voice on the global stage.

“Canadians have an almost innate sense of mutual accommodation,” he says. “And while we’re nowhere near perfect, it, we’re better than most countries at understanding the strength of difference and being willing to accommodate but as a way of building a middle ground, a stronger middle ground on which everyone flourishes more than they would in their own on their own turf. That is a remarkably valuable mindset and approach in much of the world where difference is not tolerated, let alone valued. And as the world struggles with its differences, the bridge builders, which is what I call the Canadians are going to have a greater value as individuals. So your career prospects are going to be greater if you’re a bridge builder. And if we can think strategically as a country about this, which is what the book Planet Canada is about, it can enhance our value in the world.”

As Canadians we feel we live somewhere in the middle, but Stackhouse says we shouldn’t be afraid to be David in a world of Goliaths. It’s what he calls the small power advantage. “In my book I profile Israel and Singapore, two incredibly successful small powers, each with just a few million people. But they’re very strategic, very focused. They don’t have an ego that they try to impose on others.”

Nor does Stackhouse, as it turns out.

John Stackhouse’s keynote presentation at Rising Economy Week (which takes place November 16 – 20) is free to the public. Learn more and register for the event at www.ourrisingeconomy.com. 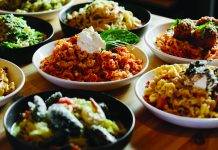 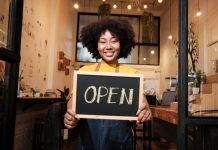