Island Blue was founded in 1912 by Joseph Davenport and Bateman Hutchinson with a focus on map drafting, blue print services and the sale of drafting supplies. Then employee Vic Shemilt bought the business in 1969.

It has since grown, under the guidance of the Shemilt family, to also be one of the region’s best known supply destinations for artists and creatives, providing art and framing products and services in addition to its printing and bindery services .

The company has sold its commercial printing brand, Island Blue Print to Rolex Plastics and Printing.

Caitlin McKenzie, President and CEO of Monk Office, says the Shemilt family reached out to them a couple of years ago to let them know they were considering retiring. “Our families have known each other for a long time, and so it made sense that they would engage us in discussions about what that meant for the future of Island Blue. About a year ago, conversations became more serious, leading to our decision to purchase the art and framing side of the business.”

For Monk Office, family-owned for over 70 years, the purchase opens the door to exciting new opportunities, and the chance to honour and absorb the legacy Island Blue’s former owners leave behind. “We have nearly 200 years of existence between our businesses and there is an immense amount of honor and gratitude and responsibility that comes with us taking over their business, most especially because, like us, they are locally and family owned.”

Immediate plans are for each brand to continue to operate independently, retaining the current stores in Victoria and Sidney. When Monk’s Fort street lease is up (the block the business operates on is being developed as a hotel), the company plans to move into Island Blue’s storefront at the intersection of Fort and Quadra streets.

Also planned? A store-within-the-store concept for each brand. For example, a Monk Office store will carry Island Blue art supplies, and vice versa, exposing customers to both brands and providing ample opportunities to leverage the marketing and distribution pluses of each.

“The products alone are extremely complementary,” says McKenzie. “In addition to our commercial products, we’ve also embraced the work from home customer who’s looking for visually attractive and useful home office furniture and supplies. The art world has also seen an explosion of interest from people tapping into their creative side. Now we can serve both needs.”

McKenzie says they’re also announcing changes to their commercial division in a few weeks, another step in the continued evolution and elevation of their product and service mix.

In the meantime, McKenzie says, she’s really looking forward to a new chapter in Monk Office’s continuing business story. “It struck me the other day how exciting this new chapter really is,” she says. “There hasn’t been a lot of excitement lately. We’ve been hit left and right with challenges; the pandemic, supply chain issues, the logistic nightmare of recent flooding. But I’m so impressed with how resilient my team has been. This is the good news we’ve needed. It’s super cool.” 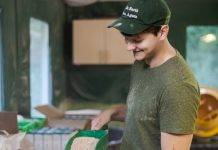 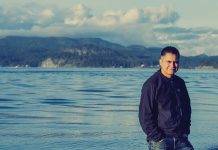 Reader’s Pick: The Top 10 Most Read Stories of 2021 on Douglas Magazine