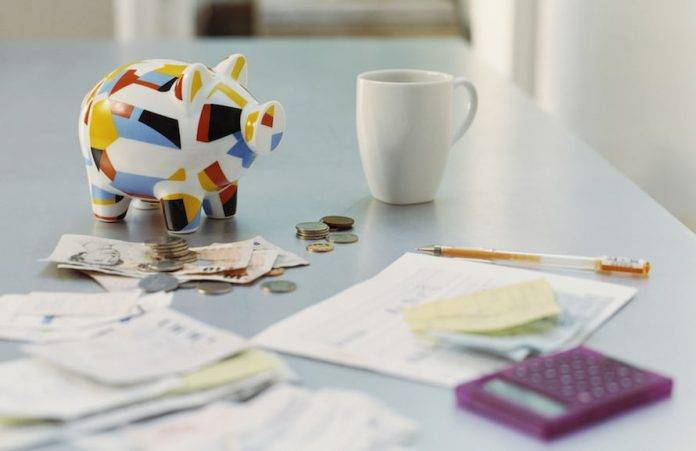 Now that the federal government has closed the lid on income sprinkling, our financial experts ask: are there any options left for business owners who have been unfairly targeted? Steve Bokor, CFA, is a licensed portfolio manager, and Ian David Clark, CFP, is a Certified Financial Planner at PI Financial Corp.

Thanks to the recent move by the federal government, Canadian business owners and their families have been dealt a blow to their financial and corporate retirement planning strategies.

Income sprinkling — or income splitting — has been hampered by the current federal government in a move the feds say is all about making the tax system fairer. In our opinion, the government is downplaying the effect on the average small business owner. The changes, which came into effect in January 2018, are actually an attack on the millions of small- and medium-sized business owners as the feds scramble to reduce a substantial fiscal deficit.

According to Finance Canada, the federal tax department will see an additional tax haul of $190 million this year, rising to $220 million in 2022. But an independent analysis by the Office of the Parliamentary Budget Officer (PBO) shows the feds siphoning $356 million this tax year, rising to $429 million in 2022. The finance department hopes to collect over a billion dollars in new tax revenue in the next five years, while the PBO office forecasts an additional $1.9 billion in revenue. It’s the first time we actually wish the tax department is right.

Why Is Income Sprinkling a Good Thing?

Income sprinkling is a method where high-income owners of Canadian-Controlled Private Corporations (CCPCs) pass income from themselves to other shareholders, typically family members in lower-income brackets. The rationale is simple: since Canada has an aggressive, progressive tax system, corporate business owners may feel the tax burden more than sole proprietors and private sector/government employees with pension plans. Income sprinkling has been useful to reduce the burden and even the playing field.

Prior to July 2017, business owners, in particular professionals such as lawyers, doctors and accountants, could do one of three things with their business income:

1. They could pay themselves a salary, which would entail paying CPP and higher personal income tax. This, in turn, would allow them to make RRSP contributions as an offset.

2. They could keep the money in the corporation (and have it taxed at the passive income rate, which is at a high rate that is no different than if they were to hold it personally); or,

3. They could distribute all or part of the profits to the shareholders. Most commonly, that meant paying a dividend to themselves, as well as to their spouse and/or children (sometimes through a family trust).

Without income sprinkling, the business is forced to declare a $400,000 dividend to our engineer, whose revised tax bill now jumps considerably to $103,514.

The federal government has instituted a number of tests to determine “reasonableness” with respect to who can receive income sprinkling from a corporation based on the amount of time, labour and capital contributed by each shareholder and the type of business. The new tax focuses on “service businesses and professional corporations.”

Generally, to receive dividends taxed at the favoured rate, adult shareholders need to own a minimum of 10 per cent of the business and/or work an average of 20 hours per week in either the current tax year or any previous five years.

There are exclusions to the reasonableness test for seniors over 65, adult children between ages of 18 and 24, and individuals who have inherited their share of the business from a related family member.

The feds also limited the tax break on passive income inside a corporation. Once a business generates more than $50,000 in passive income, each incremental dollar will result in a $5 loss in the small-business deduction limit. The limit would be reduced to zero at $150,000 of investment income. God forbid a corporation holds passive investments to stabilize cash flow through business cycles or to save for rainy days or retirement.

When it Comes to your Business

The new rules are complicated, and since we’re not accountants, we suggest you consult a CPA who specializes in corporate tax to help you wade through these rules to determine the best course of action.

We feel these rules will generate challenges, with business owners taking more salaries for themselves and family, who will then make use of RRSPs, executive pension plans and life insurance inside the corporation to shelter the tax burden somewhat.

The new approach to income sprinkling for business owners over 65 will be more in line with the existing pension income splitting rules. This also reflects the fact that a business can play a necessary part in supporting its owners in retirement. 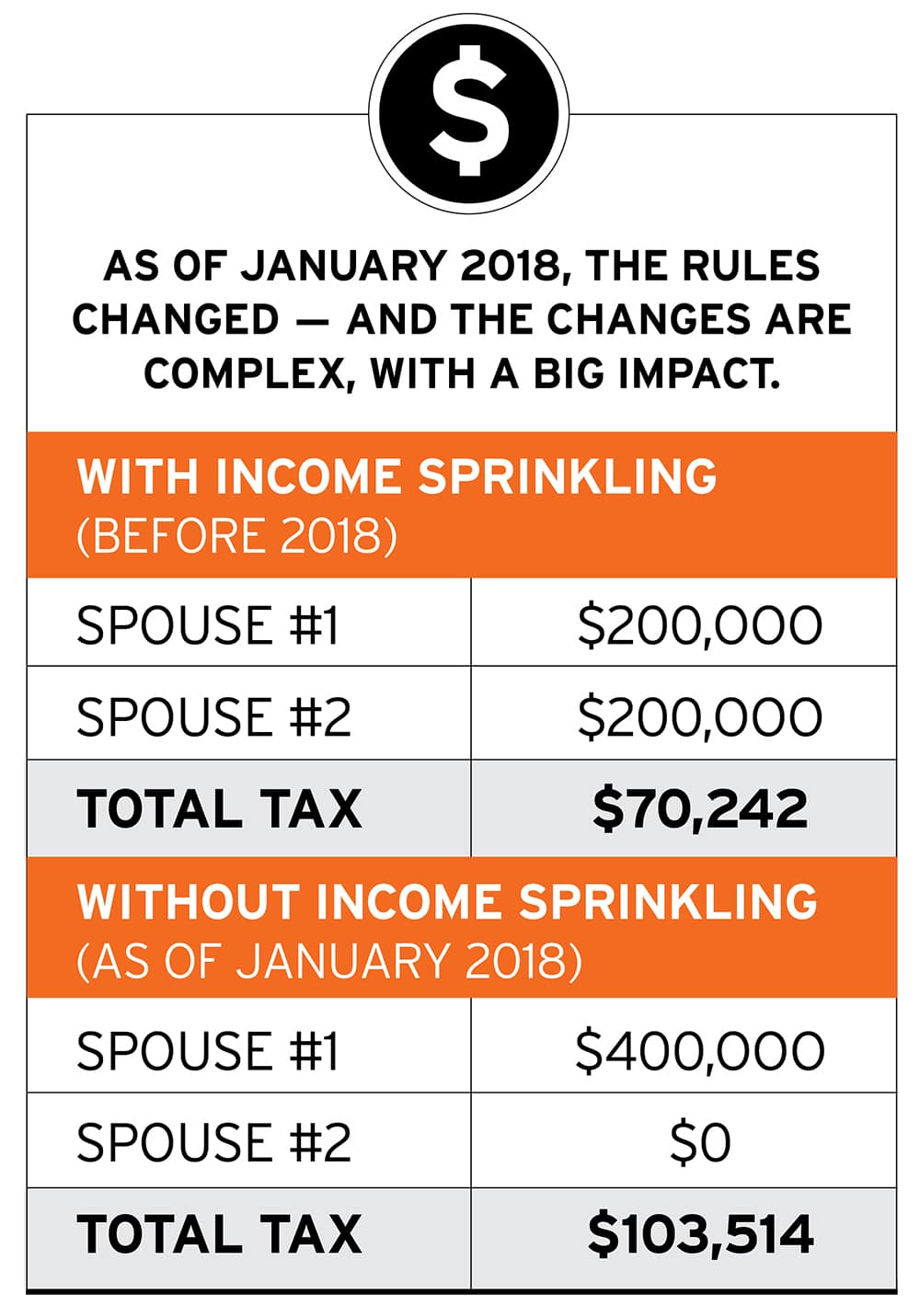