The bear grotto at The Soap Exchange, complete with its fake rocks and fuzzy stuffed bear, was once a beloved spot for children to play while their parents shopped — but it definitely gave the shop a dated early-90s vibe. A long-time retailer of environmentally friendly cleaning supplies, the Hillside shop had its product displayed on crowded and rough plaster shelving, with little organization.

“It was all fun and funky, but it really wasn’t functional,” says owner Wes Koch.

With the knowledge that he needed a succession plan for the long term, Koch started working with Gary Linford of ReGeneration Family Business Transitions, and the idea of a rebrand was born. As Koch explains, he wanted to stick with the business’s core values but freshen it up and “get it out of the 90s.”  He realized he couldn’t do it on his own and needed to bring in professional help.

“I don’t profess to know anything about that stuff, and it can be daunting,” Koch says. “Where do you start? What does it entail? What do you focus on?”

That’s when Doug Brown of Brand Intervention was brought in.

“When I first met Wes, he recognized the need to do something, which is really important — that was the foot in the door,” Brown says. “But he had no intention of doing anything to the interior of the shop. He felt he had spent 25 years of his life investing in relationships with people, and that they came to the store and expected to find the bear in the nook, and they liked the fact that the ceiling was the sky and there were painted rivers running across the floor.”

Brown recognized improving the shop’s interior would ultimately benefit the customer’s experience of the brand, but he also knew forcing change could be emotionally wrenching to any business owner. To help Koch with the process, Brand Intervention talked to the Soap Exchange customer base, surveying between 300 and 400 customers.

“A business doesn’t see itself aging the same way the market does because it’s like looking in the mirror every day — you don’t notice the subtle changes,” Brown says. “His customers were asking for the change. So that’s when Wes took a deep sigh and said the bear grotto had its day and it was time to move on.”

Guided through an extensive renovation by interior designer Marika Beise of Rock Paper Square, and the builder Gerry Burnside, Koch — and his customers — are thrilled by the new modern, clean and organized space.

“Now it’s more obvious what we do, and we’re definitely seeing new customers,” Koch says. ”People are taking more interest in the store, day in and day out.”

While Koch admits it wasn’t easy, he advises other business owners going through a rebrand to move away from their personal attachments to any elements of their brand and to focus on what is best for the business and customers.

There are a number of reasons a company might want to rebrand. The business may have evolved since it started and needs to reflect that growth. Sometimes it’s an opportunity or even an innovation in the market, and a business is forced to adapt to stay competitive. Perhaps it’s a generational turnover within the company. Both internal and external market forces can create the need for change.

“There’s no one critical time,” Brown says. “Sometimes going out into the market and finding out the state of your brand is the most eye-opening thing to do.”

As Jeff Bezos is famously quoted as saying, “Your brand is what other people say about you when you’re not in the room.”

For Aaron Bergunder, creative director at The Number, there needs to be a serious trigger for a rebrand  — a company shouldn’t go into the process simply because it feels a vague uncertainty about their brand.

“If people in the business are just saying ‘it feels kinda stale to me,’ then they aren’t going into it with enough heart and confidence — and enough fear — to execute it properly.”

The Number’s rebrand for Tourism Tofino didn’t actually start as a rebranding project. The agency was hired to redesign the destination marketing organization’s (DMO) website. The rebrand trigger happened when the DMO realized that no matter how much money or design went into their website, it was going to be ugly unless certain existing assets were changed.

“The colours, typeface and patterns they were using made them look more like a waterslide park,” Bergunder says. “It was all reds, yellows and blues that said ‘family friendly’ but not necessarily what people think of as Tofino, which is going into the woods and not seeing anybody, or spending the day on a beach and having a fire. Those are the things we tried to tap into.”

However, certain existing elements were working. Bergunder says a crucial part of a rebrand is setting parameters. For example, Tofino’s “photography game was perfect,” so the creative agency didn’t need to touch that. The existing word mark, originally designed by Alice Young, “looked like the town” and resonated with locals and visitors alike.

“It comes down to what you want to change because it’s not working, not throwing out everything and starting fresh,” Bergunder says. “Sometimes you might start a rebranding process and realize how much is working. You make smaller tweaks and have a stronger understanding of who you are moving forward but that doesn’t mean you need to change every piece of collateral. You can really scale a rebrand as much as you want to. You don’t have to chuck everything.”

Know What You Have

Chucking everything can actually hurt a brand, as exemplified by the journey of Vancouver Island Brewing over the last couple of years. In 2016, the brewery’s new management decided the brand needed a refresher to generate excitement around its beer and attract a new following.

“The brewery had declining sales for a number of years, and ultimately a lot of people believed we had become stagnant,” says Chris Bjerrisgaard, the brewery’s marketing director. 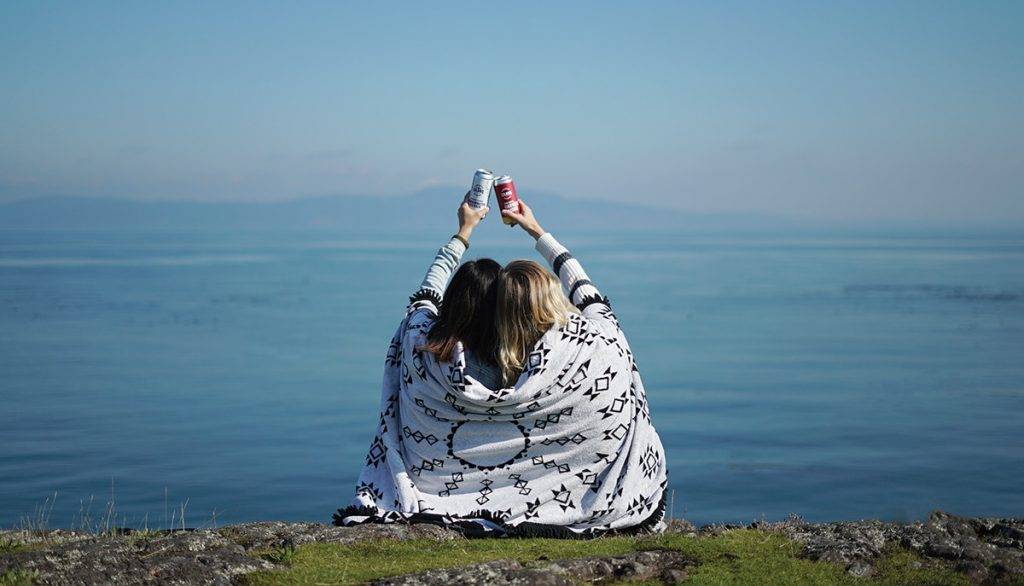 “There had been minor visual updates, but we had not been keeping up with the Joneses, so to speak, of the craft beer community.

We were becoming your dad’s craft beer more than anything else. As a result, we decided to do a brand update and take it in an extreme direction. It was a swing for the fences to see how modern the brand could be, and ultimately that proved to be a mistake.”

The 2016/2017 rebrand changed the name to VI and focused on a minimalist-style hexagonal logo, moving completely away from the existing design with the iconic orca. While feedback from the market was mixed, the loss of sales on the Island was the true indicator that the rebrand had failed.

“You want to own your backyard as much as you can,” Bjerrisgaard says. “That rebrand just didn’t take. It was much too ambiguous and not focused on celebrating the namesake we have.”

Bjerrisgaard points to a number of lessons, the foremost being that while it’s important to evolve and change, a business should not completely abandon its past.

“If you are looking to do some changes, take it in a ‘slow down to speed up’ approach,” he says. “Pace it correctly, listen to the people around you, collaborate and don’t try and change the world overnight.”

For the second round of its rebrand, the brewery worked with creative agency One Twenty Three West, who helped the team understand the business needed to retain its Island feel and get back to the elements that made the brand great historically while also modernizing.

“First, we needed to convey an Island feel that would resonate with Island consumers. The other part was bringing the whale back — that was a big piece of our identity in the past,” Bjerrisgaard says. “And along with that, really showcasing the Island locations and look and feel. I feel like we nailed it that second time around, but we would have been in real trouble if we didn’t.”

So what separates a successful rebrand from a failure? Brown says rebranding should always tackle the strategic questions before launching into the creative. First you have to figure out what you are going to say and how you are going to say it. He advises companies to ask themselves certain analytical questions: What are your advantages and disadvantages in the market? What’s your promise to the market going to be? What are you going to fall on your sword over? Who are you not going to be for?

“All of these questions have to be decided before you figure out how to go out and express that as a brand.”

The best way to get these answers is by pulling in as many voices as you can. For Bergunder, the first stage of a rebrand entails helping a business trying to figure out what its business really is. His company engages in “brand sprints” where they spend two days in a room with the client doing intensive digging.

“That’s really the first key step,” Bergunder says. “Figuring out the root of their brand. And that can be by listening to their consumers or their key staff, or a combination. You have to be honest with yourself. You can’t represent your brand properly if you are not being a genuine human. It doesn’t work in 2019. It’s really digging into all that, finding that purpose and, at the end of day, something that’s visually exciting for your customers.”

At Vancouver Island Brewing, Bjerrisgaard says the approach on the first rebrand was very insular, describing it as a top-down approach from the leadership at the brewery at the time (the brewery did have a leadership change between the two rebrands).

“It was not the collaborative process that it should have been and did not take into account the past loyalty of customers who loved Vancouver Island Brewing the way it was,” he says. “It was very much focused on making big changes and wasn’t listening to the customer or even the internal team.”

By contrast, the second time it was very much a “group-think process,” Bjerrisgaard says, which included the team-at-large in the brewery, from the general manager to the staff on the production floor.

While it may be intuitive to keep your cards close until the entire rebrand is ready for the big reveal, it’s actually to a company’s benefit to share the journey, ups and downs.

“Don’t be afraid to admit you screwed up,” Bjerrisgaard says. “The number of people who responded when we talked about what happened was affirming. You can come back from mistakes if you own them.”

To create more engagement in your social media, Brown advises letting customers know what’s happening. For many small businesses, the idea of inviting people in can be a scary thing to do, but keeping them at a distance can be a missed opportunity.