Is being a decent human being incompatible with being successful in business? I thought about this a lot lately after reading the article “Why it Pays to Be a Jerk” in The Atlantic. In this article, author Jerry Useem looks into extensive and sometimes contradictory research on this topic and discovers that the answer is “Maybe.”

One of the studies Useem looks at is the research by Dutch social psychologist Gerben van Kleef, who led the now-famous coffee-pot study of 2012 to determine whether breaking rules could help people rise to power — or hurt their chances. To do that, he and his colleagues measured how people felt about the leadership potential of someone who stole a pot of coffee from a researcher’s desk in the office.

Naturally, leadership, growth and success are more complex than sharing (or stealing) a pot of coffee, but the study does support a point: rule breakers are more likely to be put in charge. And who are the rule breakers? Often, they are the ones willing to sacrifice being “nice” to get results. And when we seek results for our team or “tribe (to use business author Seth Godin’s word), even if the behaviour is shady, people see us as prepared to do what it takes to look after our own, right or wrong. 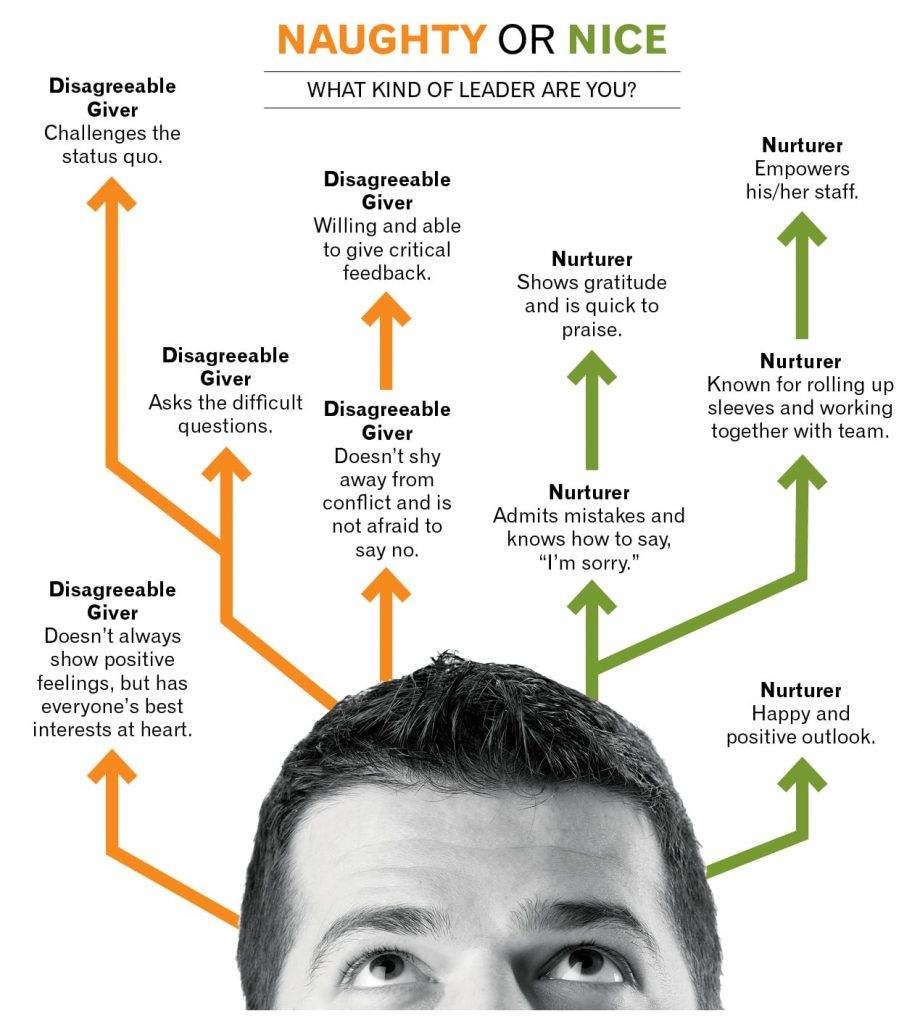 What Does it All Mean?
So does all of this mean you have to behave badly to succeed? After all, look at all the CEOs who were/are reputed to engage in “jerk” behaviour. Here are two of the most famous:

Steve Jobs, founder and CEO of Apple, was notorious for risk taking and bullying employees into perfectionism. He was also known to be incredibly charismatic and visionary and generous with those who were loyal to him.

Arianna Huffington, founder of The Huffington Post, is a spokesperson on feminist and human-potential issues, but, according to Buzzfeed, she allegedly gave away TechCrunch journalist Sarah Lacy’s job while Lacy was in labour.

But the Steve Jobs and Arianna Huffingtons of the world are outliers. Their successes and their outsized egos (and their undeniable talents) aren’t norms. Using them as models for our success is like using lottery winners as models for good financial management.

Along with the problem of using outliers as role models for success is the false causality of assuming people like this are successful because they are jerks. Being a contentious human being has no more to do with Huffington’s and Jobs’ success than Herb Kelleher’s love of Wild Turkey 101 has to do with his success at Southwest Airlines.

And let’s not forget the most obvious reason why behaving like Huffington and Jobs won’t make you as successful as them: you aren’t Arianna Huffington or Steve Jobs.

It’s a Give-and-Take Game
So how do we reconcile all this in pursuit of our own growth and success?

The answer lies in a term used by Adam Grant, author of Give and Take: Why Helping Others Drives Our Success. Grant refers to “disagreeable givers.” These are people who will cross social lines to get results that further a greater good or the success of others.

His term lays bare the false dichotomy that being a good person and being an aggressive, disagreeable person (sometimes even a real jerk) are mutually exclusive. The fact is that in the service of real growth, groundbreaking transformations or disruptions of comfortable stagnation, even “giving” humans have to act like jerks sometimes.

So what are the characteristics of being a disagreeable giver that are success and leadership indicators?

They are critical. Successful people are critical people who will call out mediocre work, lazy questions or badly formed assumptions.

They make up their minds. In situations where split-second decisions matter and long debate can be a recipe for failure, successful people know how to make up their minds. They know that just because you consult doesn’t mean you have to agree. Their mantra? This is my business, my life and my decision.

They are challenging. Not all ideas are good ideas. Not everyone is a good fit. An unwillingness to challenge assumptions and groupthink, even if it means upsetting people, is caving in to entropy, and it leads to eventual failure. Successful people know this.

They kick things loose. People get stuck. People stop listening. Sometimes in those moments, asking nicely doesn’t work anymore. Successful people know that sometimes being blunt, even to the point of rudeness, is the only thing that will turn things around in time.

They reach high enough to scare themselves. There is no growth in the comfort zone. Saying “I can do that” with complete conviction, even when your experience isn’t quite there yet, is sometimes the only way forward. People who don’t accept anything less than growth and results don’t mind hanging out at the edge of their abilities and experiences, even at the edge of the truth.

What’s the Tipping Point
Of course, there is a balance between being a disagreeable giver and a completely unbearable human being. To keep your personality in balance, there are a few things to keep in mind:
• Keep your value and your values straight.
• Allow yourself to be challenged as often as you challenge.
• Accept the consequences of your decisions and positions.
• But in the end, don’t accept false dichotomies. Don’t buy into the myth that you always have to be agreeable. You can be critical and empathetic. You can be disliked while still being an agent of positive change. You can be disagreeable and a giver.

You don’t have to be a jerk to finish first — you just have to act like one sometimes. Real life is like that.

Clemens Rettich of Great Performances Group has an MBA in Executive Management, with 20 years of experience in education, management and small business. 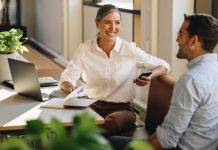