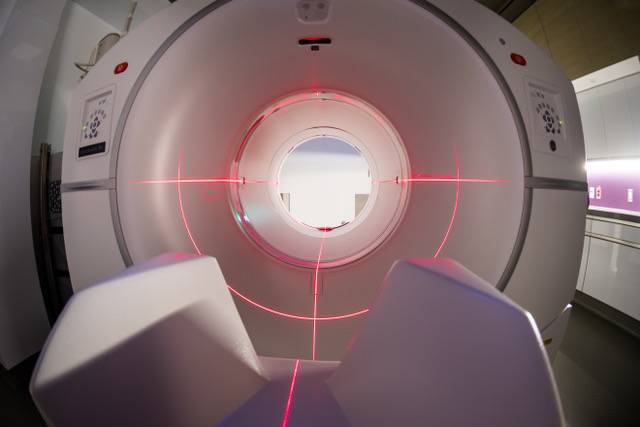 Ted Gordon was diagnosed with prostate cancer in 2011. He underwent treatment, which included 44 rounds of radiation therapy. And then all was good. Until eight years later, when his doctor told him that his bloodwork showed his PSA (prostate specific antigen) levels were elevated – confirming his worse fear, his cancer had returned.

Ted’s story isn’t an uncommon one; prostate cancer recurs in up to 50 per cent of patients. Also not unusual is that conventional imaging proved ineffective in locating his cancer recurrence, which was too small to show up on traditional CAT, bone or MRI scans.

Thankfully, Ted had access to BC Cancer’s state-of-the-art diagnostic imaging technology Prostate-Specific Membrane Antigen (PSMA)-PET, which not only located his cancer, it informed his oncologist, Dr. Abe Alexander, that it hadn’t spread.

“The PSMA scan allowed us to offer a quick curative treatment rather than life-long medications which come with difficult side effects,” says Dr. Alexander. And, it “saved my life,” echoes Ted.

PSMA-PET imaging is much more efficient at detecting whether prostate cancer has spread – 85 per cent compared to the 38 per cent of conventional imaging. It’s also much more likely to catch recurrence early, and can pinpoint the exact location, allowing oncologists to target their treatments.

“This may spare patients surgery or radiation that wouldn’t be beneficial, in favour of more optimal medical treatment, lessening treatment-related morbidity and improving outcomes,” says Dr. Alexander. All of which is game-changing when it comes to the most commonly diagnosed cancer in men, and the third most common cause of cancer death.

Currently, only three or four Canadian cities are able to offer PSMA imaging scans to patients. One is BC Cancer – Vancouver. The problem is, “they’re servicing the entire province, so right now the wait list is eight to 10 months,” says Dr. Alexander.

Unfortunately, for many prostate cancer patients that’s too late. Approximately 25 patients a month undergoing care at BC Cancer – Victoria could benefit from PSMA-PET scans. Like with Ted, access to this kind of technology for them is a matter of life and death.

BC Cancer has the technology and expertise. They just need your help in ensuring it’s available to everyone in our community – and across the province – who needs it. And together we can make that happen.

Stepping up to the plate are your local grocers, 49th Parallel Grocery, Country Grocer, Fairway Markets, Quality Foods, Thrifty Foods, and Tru Value Foods, who have joined forces with the BC Cancer Foundation to form the Future Cures Coalition and raise $500,000 to bring this life-saving technology to Vancouver Island residents and beyond.

From now until November 8, the community leaders you rely on to fill your fridge and feed your family are putting competition aside to focus on supporting patients in our community. Together we can help bring PSMA-PET technology to BC Cancer – Victoria to provide better outcomes for Vancouver Island prostate cancer patients and drastically reduce wait times for these vital scans across the entire province to four to six weeks.

So add a potential cure for prostate cancer patients to your next grocery list. It’s easy; just pencil it in between the milk and eggs! And drop in to a participating local grocer – 49th Parallel Grocery, Country Grocer, Fairway Markets, Quality Foods, Thrifty Foods, and Tru Value Foods – today to find out how you can help save lives by supporting this new technology at BC Cancer – Victoria.

Prefer to contribute online? You can also donate at bccancerfoundation.com/futurecures.

For a limited time, Thrifty Foods will be generously matching all campaign donations up to $125,000, so donors will have double the impact in the community.