Recently, I was privileged to welcome Capt. (N) J. Jeffery Hutchinson as the new Base Commander at CFB Esquimalt.

One of many traditions of our naval community is the changing of Base Commanders. Military protocol means the position is temporary, allowing new leaders with fresh ideas to help keep the base in a constant state of renewal. The Chamber recognizes the importance of CFB Esquimalt to our region on many fronts, including their role as an economic driver and maintains a seat for the Base Commander on our Board of Directors.

I’m looking forward to getting to know Capt. (N) Hutchinson and working together on ways to address the challenges that the base shares with our business community.

Why is CFB Esquimalt important to Greater Victoria?

As Greater Victoria’s economy continues to recover from the pandemic, we’re seeing firsthand how fortunate we are to be home to major public-sector organizations. Specifically, CFB Esquimalt is an amazing asset to our region, raising our profile and providing economic stability for more than 150 years.

The base is sometimes called our region’s 14th municipality. The reality is it’s much more than that. As home of Canada’s Pacific Fleet, CFB Esquimalt has training facilities, offices, homes and docks in many diverse areas of our region and each area in its own way defines who we are as a community. As well as contributing to the economy, the base is actively working to have positive social and environmental impacts. It’s a triple-bottom-line approach by an organization that aims to be a model corporate citizen and a good neighbour.

For example, CFB Esquimalt was instrumental in the cleanup of Esquimalt Harbour — a $162-million project that remediated the vital waterway. Their Raven program creates jobs every summer for First Nation youths, helping them learn new skills. The base and its personnel contribute annually to the United Way and the Boys and Girls Club, and, since the 1990s, have donated more than $10 million to local charities.

Enough can’t be said about the sense of security that you get from having a large naval base here. There are thousands of personnel dedicated to keeping our country safe living right next door. This is a huge resource for us in case of natural disaster or generational weather events such as the blizzard of 1996.

How big is CFB Esquimalt as an organization?

The base is Greater Victoria’s third largest employer, with 6,500 employees. Of those, about 2,000 are civilians who support the military’s operations. About $440 million every year goes to wages, and with local purchases, annual spending in the region is more than $600 million.

The base also has a massive physical footprint, with 853 operational buildings and more than 700 residences over 23 sites. Properties range from its enormous properties in Esquimalt and Colwood to smaller holdings in Nanoose Bay and Metchosin.

Those properties are also a major source of revenue for municipalities. For example, Esquimalt receives a payment in lieu of taxes from the federal government that can make up as much as 40% of Esquimalt’s annual revenue, depending on the assessed value of the base and Esquimalt Graving Dock.

What role can CFB Esquimalt play in the future of our region’s economy?

An ongoing $1 billion project is transforming the base to ensure it stays current. New jetties, ship and training facilities result in an investment in local businesses that supply materials and services.

I don’t think we can overstate how lucky we are to have a stable, permanent economic engine. The base is part of our region’s diversified economy, which also includes the provincial public sector, the tech sector and the tourism sector. Each of these parts adds up to a whole that is so much more than the parts. For example, the base requires jobs for scientists, engineers and other professions and that provides opportunities for people who live here and work in those fields in other sectors.

There are local contractors rely who rely on the base for work that supplements income from other sectors. There are also hundreds of trade workers who are able to get their apprenticeships on interesting projects underway at the base. No one trains like the military. Between apprentice programs, cadets, reserves and co-op programs the next generation is provided with excellent training opportunities. Over the years we’ve seen a variety of people who tell the tale of when they first came to CFB Esquimalt via the military and vowed to make this their home. Many of the skilled trades and military, go on to second careers here in Victoria after their work on the base is completed. Everything from HR to tech support to child care to food service is better off because we have what is essentially a federal government funded town in our city.

That stability and investment is part of what makes Greater Victoria a very attractive place for outside investment. We are a destination for people from around the world and across Canada who not only want to visit, but see our region as an ideal place to live the life they want, grow their career and raise a family.

Bruce Williams is CEO of the Greater Victoria Chamber of Commerce. 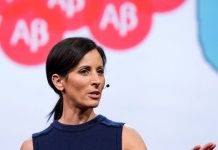