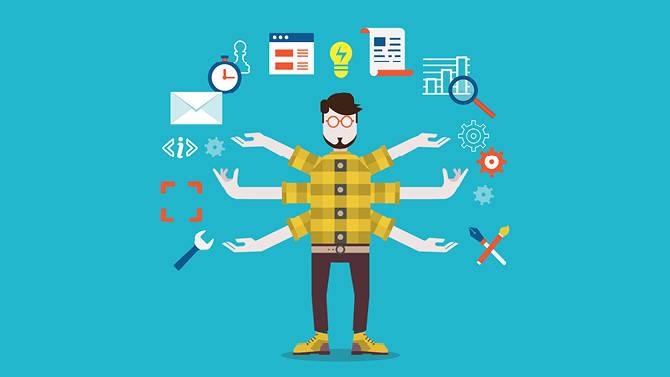 Is the gig economy a great thing for businesses and professionals — or a big game that no one wins?

Two guys I know get all of their content-development work through online platforms that match freelancers with clients around the globe. A woman in my neighbourhood has moved from a seriously secure position with a Crown corp to freelance consulting for corporations. A friend does freelance design for big brands, and when she travels to meet her clients, she rents out her condo on Airbnb.

These people are active participants in the gig economy, a.k.a. the freedom economy. It’s an economy defined by independent, mobile-enabled gig seekers who love the diversity of project-based work, the freedom to come and go and work from anywhere‚ and the feeling they are in charge of their own destinies. This is not the temp work of your mother’s generation.

An increasing number of these gig seekers are highly qualified professionals — they would be ideal executives or C-suite candidates, if they wanted permanent jobs. Some are tail-end boomers or gen-X/Yers who feel the promises of traditional employment aren’t what they once were; some are millennials who want work shaped to their lifestyles.

Freelance has always been around in one form or another. What is new is that today’s gig economy is powered by increasingly sophisticated technology platforms that allow gig seekers to connect online with opportunities.

How big is the gig economy? In Canada, no one knows for sure, but an Intuit report predicts that by 2020, 40 per cent of U.S. workers will be independent contractors. A study by the Freelancers Union and Upwork found 83 per cent of companies plan to “increase their use of flexible workforces over the next three years.”

There are significant upsides. With a gig economy, you can easily contract with screened, trained workers who are self-managing and used to getting up to speed fast. Not having a permanent workforce may also mean significant money savings in everything from admin to leasing costs, plus there’s no nightmare of layoffs if the job ends or the scope changes.

And there are downsides. As a business owner, you give up the convenience and spontaneity that comes from having employees just down the hall. You also give up control — carrots and sticks that work with traditional employees won’t work in a gig economy. What’s your draw when you can’t promise benefits or a corner office? How can you control your workforce when you aren’t their biggest or only client?

I’ve seen the gig economy as a freelancer, as an editor working with freelancers, and as a business owner who worked with freelancers before hiring permanent employees. My advice: Before you upend your workforce in favour of hiring all gig workers, test it out. Think about your brand, your day-to-day needs and your ability to cope with change — a model that is flexible and cost saving for some business owners can be a source of huge frustration to others.

Remember, it doesn’t have to be all or nothing. Maybe you need someone with highly specialized skills for a niche project. Or maybe some roles in your company don’t require an onsite presence.

Finally, hiring gig workers doesn’t mean you don’t need great management skills — business in any economy is really about people, after all.