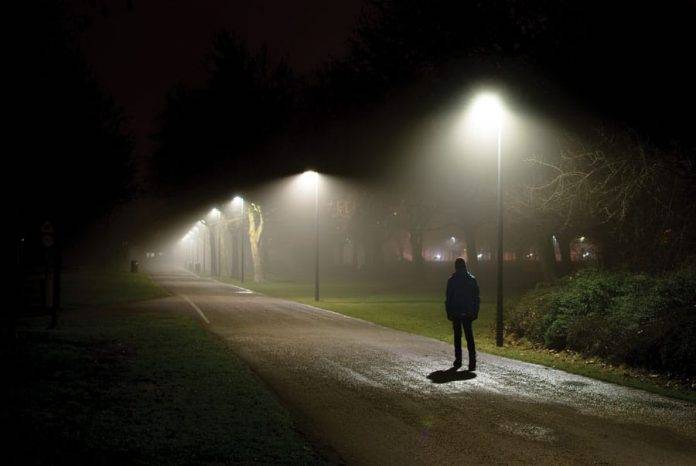 On its website, First Light Technologies, which sells lighting solutions for pathways, parking lots and playgrounds to a global audience, says it’s “building safer, more usable communities through solar outdoor lighting.” But when you get down to brass tacks, what founder and CEO Sean Bourquin will tell you is that First Light is actually in the business of “un-sucking” solar lighting.

“One of the things we say is that solar lighting sucks,” says the engineer-turned-entrepreneur. “It’s always sucked. We really think solar lighting should be more successful.”

It’s a sensibility that’s so strong for Bourquin that on the day of our interview, he’s wearing a First Light Technologies T-shirt with the words Unsucking Solar Lighting blazing across the back in large lettering.

“We had them printed for our eight-year open house a while back,” he grins.

For Bourquin and co-founder Justin Taverna, making solar lighting “not suck” is at the heart of their brand promise: No Lights Out. “We hold ourselves accountable, first and foremost,” says Bourquin. “If a customer has a bad experience, we will engage. We will stand behind what we say.”

Bourquin and Taverna themselves will still go out into the field to fix a malfunctioning product, regardless of that light’s age. They research tirelessly the efficacy of their products. They’ll even proactively fix things that newer information tells them will eventually break down. Recently they replaced 500 lights in different locations around the U.S. when their in-house reliability testing indicated that the batteries lasted only a fraction of the time the manufacturer had claimed.

It’s a philosophy that wins them customers — and keeps current customers coming back.

It took a number of years and a lot of hard learning to be able to articulate that brand promise of No Lights Out. After leaving their jobs at Carmanah Technologies in 2009 to launch First Light, the co-founders spent their first couple of years consulting. It was reasonably easy work serving clients they’d become connected to over their years with Carmanah, and it brought in good money.

But the two had always envisioned being able to step back from working on an hourly basis. They gradually moved away from consulting to focus on creating products, with solar LED lighting solutions as their key niche.

“When we switched to a product mentality, it took time,” says Bourquin. “It was a really painful year when we decided to stop consulting and focus on sales. That was our worst year ever. We lost a lot of money.”

“We’d gone from a year of 50/50 lighting products and consulting,” says Bourquin, “to the next year where consulting had kind of died but the products hadn’t picked up.”

They’d focused on operations and development without a concomitant investment in sales and marketing — and it showed. While they had brought in someone to help with sales, despite nailing a couple of big deals early on, they found that employee’s worldview didn’t sync with First Light’s, and he eventually left. Bourquin and Taverna floated along for a few months, believing naively that the products were so good that they’d sell themselves — especially given their recent wins.

“We thought we had a couple of big wins with a resort and a military base,” says Taverna. “And it was like ‘Holy cow, this is easy! We’ll just put it on a website and sit back and make some calls here and there and this is gonna go.’”

But as sales sputtered, it began to dawn on them that good products won’t sell themselves if nobody knows they exist. “It was learning that people buy from people,” Taverna says. 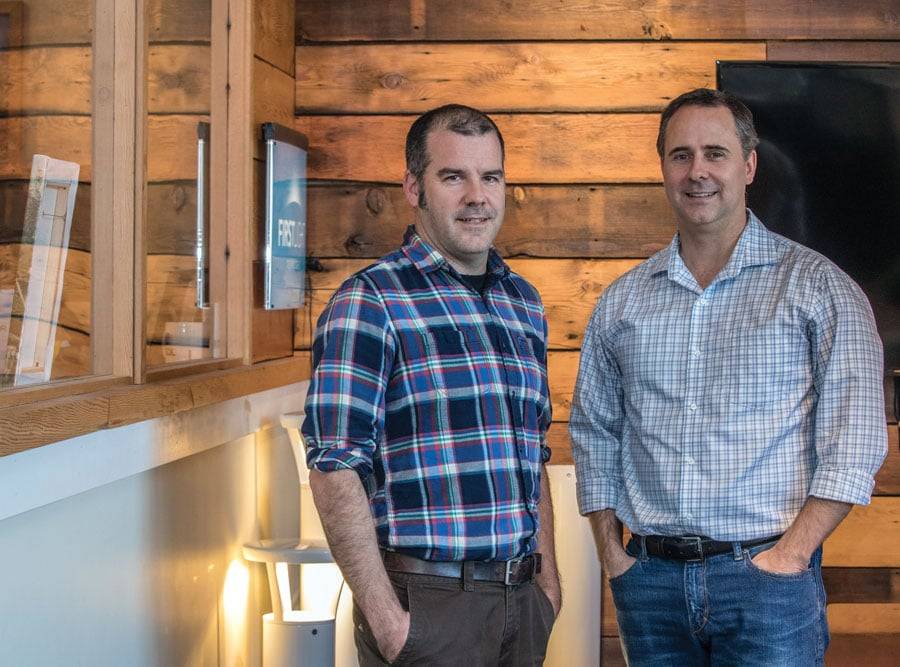 After bumpy beginnings and a steep learning curve, First Light’s co-founders Justin Taverna (left) and Sean Bourquin have grown the company to a ranking of 190 on the PROFIT 500’s 2017 list of Canada’s fastest-growing companies. PHOTO: JEFFREY BOSDET

In the Worst Year, They Got the Best Advice

Oddly enough, 2012 — the year First Light made the cover of Douglas as a 10 to Watch winner, won a VIATEC award and was featured in the Times Colonist — was the company’s worst year ever.

Then, right around that time, the pair received a kick in the pants from their angel investor and mentor, David Green of Carmanah Management. At their year-in-review meeting in 2012, Green lost patience with the pair and told them to “figure out where the pointy end of the stick is, and go do that.”

So Bourquin and Taverna honed their focus to solar LED lighting for pathways and parking lots, and while Bourquin oversaw product development, Taverna set to work selling.

“I picked up the phone,” he says, making dozens of calls a day to talk to people about the product.

First, the company targeted resorts and other hospitality venues, but soon realized it was too hard to reach decision makers by working upward through the chain. They decided instead to sell their lights to municipalities in Canada and the U.S.

It felt like the right place to be, and Taverna’s hard work selling began paying off. “Seventy-two calls tended to yield two lights,” says Bourquin. Immediately they hired a clutch of salespeople to replicate Taverna’s selling success.

But in those early days, Bourquin admits, he and Taverna weren’t skilled at interviewing, or even identifying what the company really needed, beyond more sales. They hired salespeople who weren’t clear on the company’s core values, and who didn’t know where First Light was going as a business. No surprise there: Bourquin and Taverna didn’t even have that information.

“We just needed a guy to make 72 calls and get two lights,” Bourquin says.

A Light Goes On

The co-founders burned through more than a few employees in their mad scramble to make sales. While they experienced wins, moving the needle from $370K to $960K to $1.6M and even to $3.2M throughout the years following, they still always came back to asking themselves whether they could do more — and the answer was always yes.

When the needle wavered and then started moving the wrong way, they took a good hard look at their overall game plan. In 2016, at $2.8M in revenues, they realized their strategy had reached its limit. They needed more structure in finding the right people to move the company forward.

“We got to the end of what we knew how to do,” says Bourquin, “and we needed new tools.”

So they reached out, attending VIATEC events, connecting with leaders in their field and joining a mentorship group for owners of tech companies. Through those connections, they discovered a book called Scaling Up: How a Few Companies Make It … and Why the Rest Don’t by Verne Harnish.

The book — which is based on the work habits of John D. Rockefeller, founder of Standard Oil, one of the most successful, and profitable business of all time — guided Bourquin and Taverna in developing their decision making in the areas of staffing, strategy, execution and cash.

They got tight on their values, narrowing them down to determination to achieve, taking initiative, and keeping it tight via deep knowledge of the company’s standing and always being prepared for what’s next.

Using The Metronome Effect: The Journey to Predictable Profit by Shannon Byrne Susko, they developed a one-page strategic plan that guides all their decisions. And they adopted topgrading as their hiring and interviewing strategy, winnowing down prospective employees through extensive, structured interviewing. In fact, they spent a full day talking with their most recent hire, the director of sales and marketing.

“People will say that’s a lot of time and that it sounds expensive to put all that effort into hiring someone,” says Bourquin. “But think of what happens if you don’t get it right. Calculate the cost of that mis-hire. For one of our hires, I had a $375,000 cost to that mis-hire.”

Taking the time to find the right people is just one of many tips Bourquin and Taverna have picked up from Scott Phillips, CEO of Starfish Medical. No stranger to strategic struggle himself, Phillips is now widely regarded as a sage in the area of leadership. But the learning was hard-won for Phillips, too: Starfish hit the skids 12 years ago, hemorrhaging cash and morale, and needed a massive recalibration of vision and management to get it back on track.

Phillips did the work and now is more than happy to show others how it’s done. He admires Bourquin and Taverna for their deep experience within the field of solar LED lighting, as well as their razor-sharp focus on only certain products.

“They’re being very targeted with their market, which is super important,” he says. “That’s a mistake a lot of people make, is to be undisciplined. They’re very specific with what they do. They’re not trying to say, ‘We’re the solution to everything solar that everyone will ever need.’” 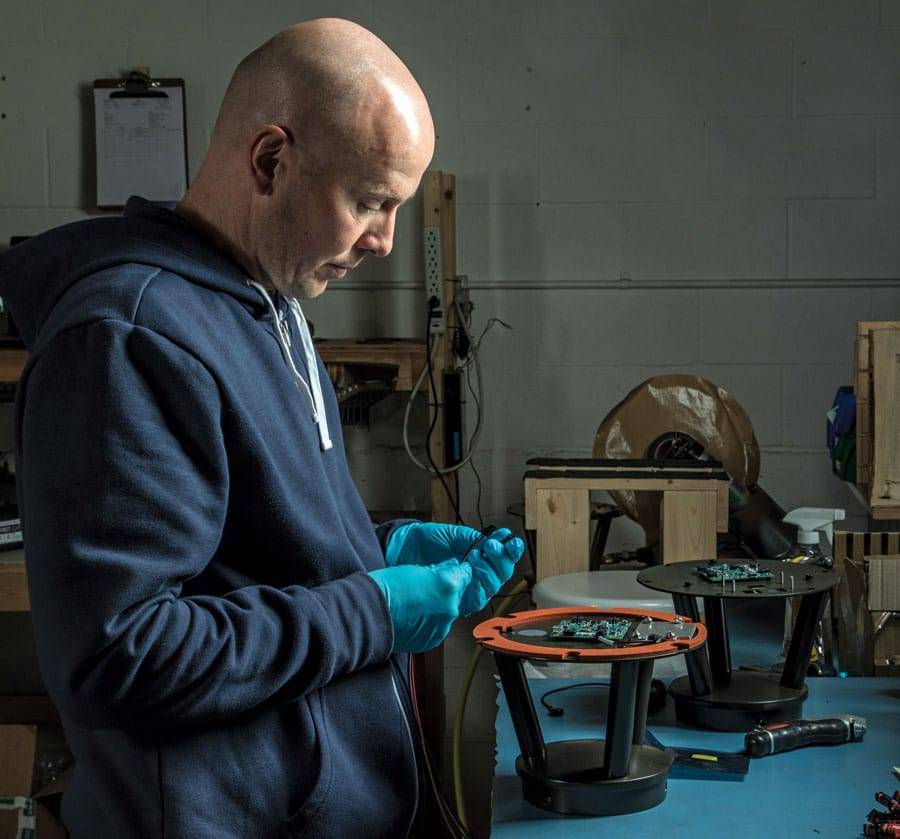 Discipline and focus are the two habits that have set Bourquin and Taverna’s company well out in front of the competition. By relentlessly pursuing better products and better practices, and by seeking guidance from others who have travelled the path before them, the pair has positioned First Light for tremendous growth. From monthly all-hands strategy and update meetings for the entire team, to barbecues with family and friends, to a focus on continuous learning, Bourquin and Taverna finally feel that the world is their oyster.

“We’re up 60 per cent this year,” says Bourquin. “Up until this year, the growth rate was around 40 per cent. The growth rate is accelerating and we’re only at the early stages of integrating this way of thinking,” he says.

“Building a process-based approach for how we’re going to be successful is what we’re in the midst of doing. The exciting thing is … we’re just starting now.” 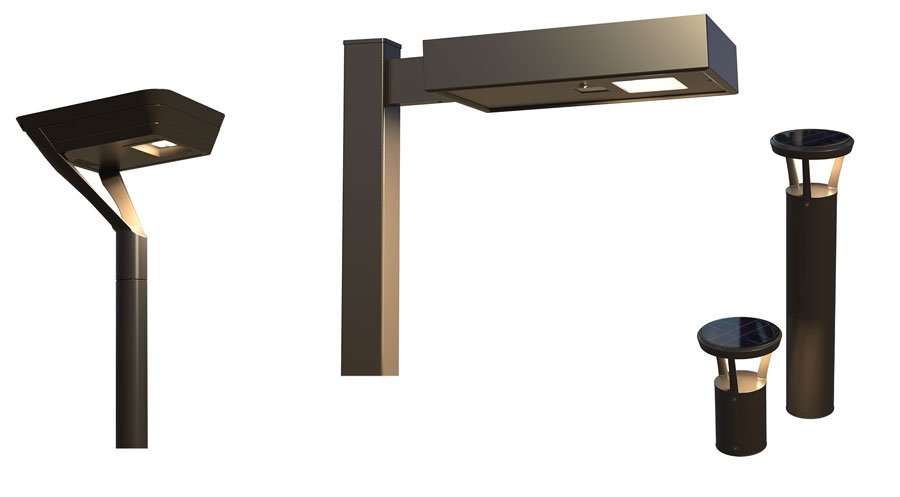