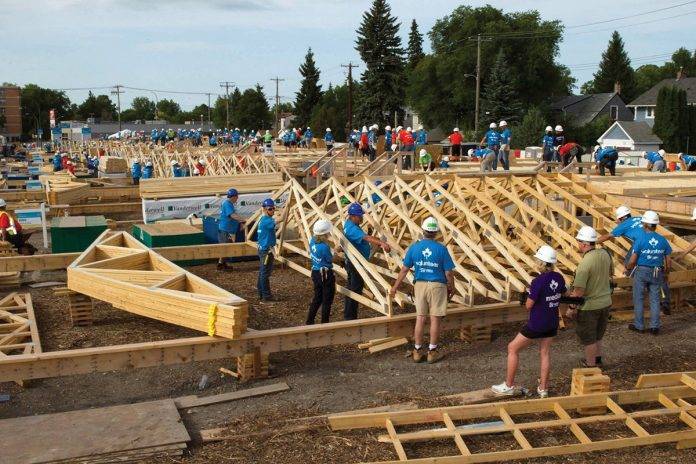 When I started my professional journey as a business advisor, a lot of my first clients were main-street retail businesses on southern Vancouver Island.

One morning, years ago, I was sitting behind the reception desk at a hair salon, walking through procedures with the salon’s service manager. A young person came in and approached the desk. He said he was with a local school sports team and was looking for donations. He had a pledge form for a fundraising activity.

After politely telling the young man that the business had already exceeded its budget for community giving for the month, the service manager told me this was not the first time she’d had to deliver the bad news — the budget was gone. It wasn’t even the middle of the month yet.

Over the past decade, I’ve heard this story over and over: Main-street businesses are sitting ducks. Their locations make them easy pickings, and the perception that every business owner is wealthy like Jim Pattison allows not-for-profit and community organizations to feel justified in asking for donations.

The owner of an independent coffee shop I once spoke to said that if she agreed to every request for support, for cash and for in-kind services, it would consume three times her net profits. And she felt terrible every time she had to say no. Which was almost every day.

I can’t find any evidence that giving is good for business and for small business, in particular. The online content about small-business giving focuses overwhelmingly that it’s not only good for the community, it’s good for business. The thought is that generating positive sentiments on the part of employees and the buying public outweighs the hit on cash flow. The argument is that people like to work for, and buy from, businesses that give.

A lot of the content I found points to a rise in employee engagement in the corporate world when organizations have active causes they support. But while that may be true for big corporations like Apple, it’s important to remember that Apple runs on a different plane and scale than the main-street shops in our towns and cities.

In fact, even when it comes to big corporations, the content out there fails to establish a causal relationship between levels of community giving and employee retention or market share. Notably, the content mostly focuses on “cool” things this company or that company has done. It all feels good, but has little substance once you start to dig.

My next concern is the conflation of the idea that “giving is good for business.” I’ve never been comfortable with that argument because it mixes two psychological and ethical spheres that have an uncomfortable relationship at best: the profit motive and altruism.

The whole point of altruism is that it’s about doing the right thing without strings. Being altruistic because there is a benefit to you is an inherent contradiction.

Businesses exist to create value in exchange for a benefit: profit. A business has a responsibility to create value for its direct stakeholders: its customers, employees, suppliers, the economy of the community it functions in and its shareholders/owners.

Every ounce of effort and creativity, every moment and every dollar should be put into growth; into creating value for its customers, into contributing to the wealth of its community by becoming a thriving, generous employer who creates economic prosperity.

Every dollar given by a business in a traditional charitable transaction is a dollar removed from that investment. That dollar is often inefficiently spent outside the community and is removed from the investment base locally.

What Should Businesses Do Instead?

>Invest in your employees (who will then invest in their communities) by paying a living wage or better.

>Invest in training and consciousness-raising around gender and racial equity.

>Invest in sourcing inputs that might demand a higher cost of goods but are better for the planet, may be locally produced and aren’t manufactured in sweatshops.

>Invest in recapturing things like waste and packaging to reduce your impact on the community’s landfill.

Every dollar a business invests with this mindset is worth 10 dollars given away in charitable donations.

Invest in what you are good at in the first place: creating value by doing what you do best. I suggest to do otherwise is false charity.

If you have to divert resources from the best community-value-creation machine you have — your own business — consider some of the more creative options available these days.

I’m a big fan of what organizations like Habitat for Humanity and HeroWork are already doing: Using a sharing-economy model that leverages unused cycles in existing assets to create new value.

These organizations take waste and put it to use. In Habitat for Humanity’s case, they literally stock their ReStore shelves with construction waste, from old doors and window frames to lighting fixtures and shelving. Back in the day, this waste would have ended up in a landfill. Instead, it is leveraged through thoughtful redirection and upcycling.

This organization essentially asks the same question I’m asking: Are you better to ask a carpentry business for a hundred dollars to build a house — or to contribute an hour on a Saturday to help build a house? We don’t have space to unpack the differences between the two economic models here, but it’s a simple fact that the latter is a far more efficient use of resources.

I’m asking that we completely re-look at our own businesses, and businesses in our community, as value-creation engines.

It’s hard to say no when a worthy cause comes knocking. But you are in business and more than anyone you should be good at understanding how to manage a high-ROI investment.

The money you reinvest in your own business, with a triple-bottom-line mentality, will
create far more value than handing it over to someone else to manage.