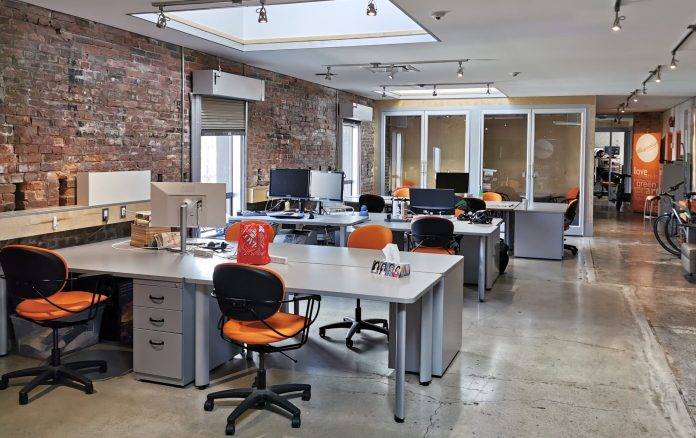 All businesses have been impacted by the COVID-19 crisis. Although the tech sector may be positioned better than most in making immediate changes to workflow, all are uncertain of the medium to longer term effects of this crisis on their businesses.

While some companies are enjoying an increase in demand for their tools and products, many will endure varying degrees of disruption to operations and financial losses. Sales and business development have been turned on their head and orders are being cancelled or slowed as tech leaders attempt to assess current and future staffing levels.

While governments announce new supports daily and implement public safety measures to help “flatten the curve,” VIATEC has taken its own measures to contribute to the financial well-being of members, tenants and the greater community.

“It is not a large contribution in the grand scheme of things but, for a small not-for-profit like ours, it is consequential, difficult and the least we can do,” says Dan Gunn, CEO of VIATEC.

With the generous support of members, the VIATEC Foundation had an active year contributing $300,000 to the Food Rescue Project in partnership with the Victoria Foundation and another $130,000 in support for the Mustard Seed Food Bank, the Gender Equity Fund, Greater Victoria Public Libraries, Junior Achievement of British Columbia and The Independent Media Producers Network Society.

The remaining $10,000 held by the VIATEC Foundation will be donated to the Rapid Relief Fund created by the Victoria Foundation, Jawl Foundation and Times Colonist. VIATEC is proud of those tech leaders that have generously offered hundreds of thousands of matching dollars to encourage donations.

VIATEC says it will be building it’s next campaign to replenish the fund: The VIATEC Awards. It’s biggest fundraising event each year, it has been rescheduled to December 10, 2020. VIATEC says guests can expect a very memorable night and one that will be much looked forward to following these tough times. The VIATEC Awards provide a momentous platform to enable and encourage the tech community to do what it can to help those in the community who need it most.