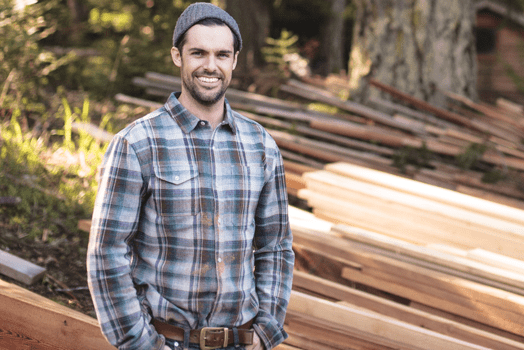 If there is one trait all entrepreneurs share, it’s that love for idea creation. A recent Marketplace of Ideas event in Victoria saw local entrepreneurs, social venture professionals and social change leaders gather to pitch — in 60 seconds or less — their passion projects and business concepts.
The event, hosted on April 9, 2015  by Sitka, Hollyhock and 1% For the Planet at the Sitka store on Yates Street, was meant to bring the business community together to identify and rally around their common goals.
“It’s a way to get people together and connected, to help them realize they’re not alone in what they are trying to accomplish,” says Sitka co-founder Rene Gauthier. “The way most people in Victoria and on the Island are approaching business is very similar, but one can get siloed sometimes and forget that there are a bunch of businesses doing the same thing and who are happy to share what they’ve learnt.”
Attendee Peter Elkins, co-founder of the Capital Investment Network and Kick Accelerator, agrees that an event such as the Marketplace of Ideas is a beneficial concept for entrepreneurs.
“It’s a great leadership example of how both the for-profit and not-for-profit communities can come together and accelerate opportunities for the benefit of everyone, as we dig further into the collaborative economy,” Elkins says.
According to Gauthier, one highlight in this evening of “many great ideas” was hearing about Jason Guille and the Stream of Consciousness business he started. This new Victoria-based social enterprise provides live-to-web broadcast services to individuals and organizations looking to expand the reach and engagement of their work.
“I think that it’s rather revolutionary and it’s happening right here in Victoria,” Gauthier says.
Another aspect of the event was to highlight 1% For the Planet, a global alliance of businesses financially committed to creating a healthy planet by donating at least one per cent of their sales to vetted non-profits. Sitka has been a member since June of 2014.
“It was a no-brainer for us because we already were giving one per cent or more towards initiatives that would qualify,” Gauthier says. “1% For the Planet is an easy way to give the public confidence in where we are putting our proceeds. I would say there are plenty of businesses in Victoria that would qualify…. For me, I could see down the road having a 1% For the Planet city, if all businesses could get behind it.”
RELATED STORY: Spreading the Sitka Gospel