When Mel Bolen died unexpectedly in 2016, her daughter Samantha Bolen didn’t inherit the family business. She had already owned Bolen Books since 2010.

“We had worked with our accountant and other advisers to create a succession plan so that I could fully own the company, and they could fund her retirement properly,” says Bolen, the second generation to own the eponymous bookstore that her mother had built from an 800-square-foot space to a 17,800-square-foot expanse in Victoria’s Hillside Shopping Centre.

And when the time comes for Samantha’s daughter Madeline Holmes to take over the business, she will expect her also to pay a fair price.

“One thing that I feel very strongly and passionate about is that a business should not be gifted from one generation to the next,” Bolen says.

“One of the challenges of family businesses is that the founder tends to bring a lot of energy and enthusiasm to the business,” says Dr. Suddaby, who is the guest editor of a special edition of an upcoming issue of Family Business Review. “But by the time you get to the second or third generation, the motivation and the energy, and sometimes the expertise, seems to have dissipated. So most family firms don’t survive beyond three generations.”

The first generation is “just survival,” Doug Wittich says. “The second generation sees that mom and dad have a new car, and they go for a trip once a year, and obviously what they didn’t see is the first 17 years they never left. Third? I don’t know how it gets to even a point of being a third.”

“And I was the only non-engineer in the environmental industry for, well, forever.”

Also the third generation in her family business is Caitlin McKenzie, chief executive officer of Monk Office. Her grandfather, Ron McKenzie, a Victoria city councillor from 1976 to 1983, bought the family firm in 1963 from Charles Monk, who founded it in 1951.

Her childhood memories include writing messages and placing them in those tubed boards that predated voice mail and Post-its. As a teen, she worked part time and during summer vacations. After college, she left to work elsewhere for 13 years — 10 years with the Oak Bay Marine Group.

“Ever since I was quite young, probably even too young to understand it, my dad spoke to me about succession planning,” McKenzie says. “The rules of engagement were I needed to leave the family business and work elsewhere. And I needed to go and get an education.”

So she earned a degree in human resources management from Camosun College. And when she decided to return to Monk in 2016, she submitted a job application just like any other job seeker.

Working for another company isn’t par for the course in succession planning; in fact, says Dr. Suddaby, “secondment” is typically used in large corporations and public sector organizations and is rare in family businesses.

“Formal secondment to outside firms is not a common practice [in family businesses], even though it has been identified as a recommended practice by academics who suggest that this practice correlates with high growth firms,” says Dr. Suddaby, citing a 2013 study from Mason & Brown. “Most family firms are smaller and may lack the resources to support a formal secondment program.”

At Capital Iron, Kylie Black is the fourth generation to have a leadership role in the company, which her great-grandfather Morris Greene founded in 1934.

After high school, though, she attended Ryerson University and upon graduation stayed in Toronto to work for Target Canada before its demise and then was employed for three years at Canadian Tire’s head office.

“I ended up deciding I wasn’t quite ready to move back from Toronto, but also that work experience elsewhere would be incredibly valuable for not only myself but for the business,” Black says.

Before COVID, her grandfather, Ron Greene, in his retirement would often lead historical tours of the store.

“It’s a nice reminder of the roots,” says Black, now chief operating officer. Capital Iron started as a shipping and scrapping company. It always had a presence on the water, predating its familiar persona as an eclectic retailer.

Black never met the founder, but she remembers going to the flagship store on an elementary school field trip, not imagining that she would end up working there soon after.

“When a family firm with a strong brand identity is acquired by a large corporation, it is a common practice for the acquiring firm to include in the sale the intellectual property associated with the family heritage,” says Dr. Suddaby, who adds that preserving that history can be critically important to the acquirer.

The owner of Francis Jewellers, Rafal Zebrowski, is thankful for the foundation built by the Francis family over three generations — detailed in a timeline on the company’s website.

“At Francis Jewellers, we are continually reminded of the legacy of the Francis family, even decades after the business changed hands,” says Zebrowski, priviledged to celebrate the company’s 100-year-anniversary this year.

“We have customers who remember coming into the store as children when it was on Douglas Street, and are now coming back for custom projects fifty years later, sometimes with the same jewellery. We cherish the history of our store and the memories of our customers.”

Included in the history was the historical significance of the iconic clock that stands outside the former Broughton Street store. Originally, the clock was erected by the first company Frederic William Francis worked for in Victoria before founding Francis Jewellers on Douglas Street. It’s value was such that they had it moved to Broughton Street in 1986, requiring approval from the City of Victoria.

“Family firms are just beginning to realize the emotional and economic value of those stories as a form of a social symbolic resource that can be used to maintain ties with key stakeholders, particularly employees, but can also be used to build trust with consumers,” says Dr. Suddaby. “Increasingly, however, firms, even the smaller ones, are beginning to recognize the value of family history and tradition as an effective marketing resource.”

The Cloth Castle in Langford is another fourth-generation business. For second-generation owner Sylvia Ratcliffe being able to work with two of her daughters — Bonnie Harper and Maria Porter — is particularly poignant. Ratcliffe’s two other daughters died prematurely.

“It has been really good for me, with losing two children, to have my daughters with me and caring about the business,” Ratcliffe says.

A family can practice rituals “that help to remind people of the founder and the founding values,” says Dr. Suddaby. “The nice thing about rituals is that they can be big or small.”

A ritual happens with Monk Office, wherein Caitlin McKenzie gets together for “McKenzie Martini Meetings” with her dad once a week, where they talk about work but “we also just talk about life.”

One of Ratcliffe’s rituals is to take each of her daughters out for lunch or coffee. “We are a Christian family,” Ratcliffe says, explaining how the family business has endured. Her late husband, Joe, was a pastor at what was The Forge Church.

Her mother-in-law, Ethyl Ratcliffe, started the business as the Yarn Barn. When her son and daughter-in-law ran the company they pivoted from yarn to fabric, renaming it the Cloth Castle.

In the mid 1980s, the Ratcliffes bought the building, a former billiard hall, that the company has occupied to this day. Also working at the store is Harper’s son, Bryan Benischek. Harper’s preteen granddaughter, Victoria Wagler, represents yet another generation of sewers — a photo shows her using Ratcliffe’s serger to sew herself a top.

“Bonnie loves sewing. I love to quilt,” Porter says. “We’re creative people. Sometimes Bonnie and I will get together, and we’ll sew in an evening. It’s just a part of who we are.”

Another fourth generation business Jennings Florists has been operating in Victoria since 1912, notes Rob Jennings, who is currently at the helm of the family business.

His son, Mason, works at the store, which has operated in Oak Bay’s Estevan Village since 2003. Jennings’s daughter, McKenna, occasionally works at the store as well, when not studying music at UVic or performing her concert harp.

His great-grandparents, William and Phyllis Jennings, arrived in Victoria from Cheshire, England, in 1911 on the Empress of Britain. They soon established greenhouses on what is now the site of Tuscany Village in Saanich. William Jennings would open satellite stores in downtown Victoria, usually on Yates Street.

“My great-grandfather was quite famous for having all the store fixtures on wheels,” Rob Jennings says. “And he would sign the shortest lease he could. He would go up and down the street, and anytime he saw an opening, he’d find out if he could get a better rent.”

Starting in the 1960s, the family opened more permanent stores in the vicinity of Shelbourne Plaza before eventually moving to Oak Bay.

Jennings’s earliest memories were of riding his tricycle around the shop. He also quickly learned how to tie red bows around poinsettias at Christmastime.

The secret to the longevity of Jennings Florists, Jennings says, is in following the example of the founder “who was willing to put everything on wheels, roll down the street, keep current and keep reinventing the business.”

To Each Their Own

Some businesses might change to accommodate the interests of a new generation, but most don’t, says Dr. Suddaby.

“These differences in strategic direction between generations is precisely the reason that most family firms fail to last beyond two or three generations,” says Dr. Suddaby.

Samantha Bolen also remembers helping out at her mom’s store after school or during evening events. Later, when her own daughter was about two, she came back to work part-time at the store.

She started doing accounts payable and learned other parts of the business until by 1996, “I knew I wasn’t going anywhere.”

Her daughter, Madeline Holmes, who is named after her grandmother, remembers the excitement of the store’s 2013 expansion and massive events like release parties for Harry Potter novels. But her mom never pressured her to join the business.

“I didn’t really feel it was the right fit for me until I was in my mid twenties,” Holmes says.

“I remember my mom was skeptical because I had never shown an interest in the business, and (she) wanted to know that I was serious.”

Bolen dreams that the store her mom built will remain operating in its current location 25 years from now with her daughter at the helm. Holmes agrees that would be cool while cautioning that she has no expectations for her own daughter, Willa, just one years old.

“But,” Holmes adds, “I would love to carry on the tradition and share an office with her one day.” 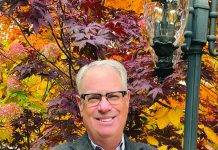