For a man who says he is not great with math, Dr. Darrell Bricker can sure work magic with numbers. As one of Canada’s leading pollsters (he is CEO of the international market research firm Ipsos Public Affairs), Bricker has his finger on the pulse of everything social and political in Canada.

A researcher, bestselling author (he’s written seven books), academic and international commentator, Bricker appears on all of Canada’s major television and radio networks, sharing his insights. Most recently, he spoke at VIEA’s State of the Island Economic Summit.

While he does political and social polling, demographics are his passion. “You can waste a lot of time talking about people’s opinions, but I like the idea that you can put up a number and reasonable people can agree on what it’s telling us,” Bricker says. “The thing about demographics that I find fascinating is that they are the most predictable aspect of any of the data that we can use for predicting the future.”

Bricker shares a few thoughts on the large role demographics play in our workplaces.

Are we in the labour force crisis that everybody keeps talking about?

I don’t think that we are. I think that we’re in a skilled labour force crisis. People who have specific skills in the marketplace, particularly older people, are leaving workplaces and taking their experience.

We need to create blended workforces, to find a way to keep the older skilled workers engaged, perhaps not as intensely engaged as they were before, but keep them there in the workplace so we can take advantage of what they know. This is particularly important in a city like Victoria.

The future of work seems to be a buzz expression. What does it actually mean?

I think it means what anybody who wants to talk about it, who has an agenda, wants it to mean. I don’t think a lot of it is fact-based. It’s what people want to see in terms of work and what they think the ideal work situation should be, rather than something based in reality.

Still, are we witnessing any trends?

To understand the future and the trends, we need to look at people. Our population pyramid in Canada is flipping. We are increasingly an older population and our birth rates have plummeted. Back in 1960, the average family had four kids. Today, it is 1.4 kids. And that is even lower in Victoria, where the fertility rate is 0.95. We are going to be very heavily dependent on immigration for replacing our workforce.

The interesting thing with immigration:Only four per cent of the global population doesn’t live in the country in which it was born. And when people emigrate, they tend to move to the country that’s next door. Now, there’s obviously some hot spots that are real channels of immigration in the world, but for the most part, people stay pretty much where they were born.

Because of our needs in Canada, however, our workplaces are going to be “diversity necessity,” meaning they will comprise people of all different types of identities, whether ethnocultural, age-based, however you want to look at this.

Victoria and other places in B.C. have problems that other provinces don’t have. While Victoria is pretty vibrant, the area still has a lot of retirees and will continue to be a destination for many more.

There will be the need for more long-term care and other services for that demographic. Again, the numbers can help with predicting those changes and new or additional workforce opportunities can come from that.

The workplace of the future is going to be very interesting for a city like Victoria.

Generally speaking, are changing demographics impacting the ethos and culture of the workplace? I am thinking of Gen Z and millennials, for example.

There’s a lot of pop psychology on this, that they want to live fancy free, and while there are some people who are in that situation, for the most part they want exactly the same things that their parents want.

They want a stable job that allows them to buy a house in the community that they think they want to live in, or believe they’re entitled to live in. They may have slightly different political agendas and value different things, but they are all things that are based on their core requirement.

How do you see technology playing out when it’s changing so rapidly?

Impossible to predict. The reason is acculturation. Sometimes, what the technologies were originally intended for is not necessarily what people actually use them for. An interesting example is the internet.

It was great for conducting defence and academic research and as a tool for the intellectual community in the early days, but I don’t think in their minds it was going to be for online gaming and other activities of today. Human behaviour tends to alter these things.

Years ago, telecommuting was supposed to be a big thing, but hardly anybody did it. That sure changed. Now that the kinks have been worked out with a real-world experiment, our analysis shows that people want a hybrid work situation going forward. But what will be the long-term effects on communities, with 20 per cent decreases in human activity in neighbourhoods, or 20 per cent losses in businesses [such as] coffee shops [and] dry cleaners? How is that going to shake down?

However, I also think that in places like Victoria, as its status as a tech hub continues to grow, attracting new blood, the social landscape will continue to change in exciting ways. Time will tell … and, more importantly, so will the numbers. ′

At the recent Vancouver Island Economic Alliance summit (October 25 and 26), attendees got a revealing snapshot of the Island’s business community.

The findings were captured in the annual State of the Island report, which found that while the number of businesses on the Island stayed relatively stable in 2021, not surprisingly, those hardest hit by COVID (such as accommodation and food services) declined.

Meanwhile, other areas, such as professional, technical and scientific services, grew. Here are the most recent counts of businesses with employees across Vancouver Island. 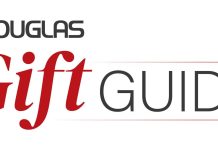