Jameelah “Jam” Gamble has always been a natural communicator who tread her own path.

A Brampton native and media personality, Jam is known for her real, conversational public speaking; her mission is to help audiences and clients connect to their voice and amplify it to spark meaningful conversations.

And as CEO of “Slay The Mic,” a program that helps aspiring speakers, content creators, and entrepreneurs access their voice, Jam helps clients through corporate training, masterclass events, virtual learning, and private coaching.

Jam was a keynote speaker at a recent Social Media Camp Summit, discussing how to bring your voice to the fore in all areas of your life, social media included and how to show up authentically online. She talked about the concept of “doing it for the ‘gram” and truly understanding one’s intentions behind what they are posting.

So who is Jam? How did she grow into her current leadership role? Turns out, Jam has been amplifying voices and overcoming barriers over the course of her entire career.

Her leadership skills were shaped by her love of sharing stories, her work with special needs programming as a Developmental Services Worker and through a television show on Rogers Network called “A Voice for All.”

Jam’s work in special education laid the foundation for her future work as an inclusive  public speaker.

“I worked with a lot of young adults and children who were non-verbal. Unfortunately a lot of people think that because they’re non-verbal, that they don’t have anything to say or they don’t have a voice or they can’t articulate their thoughts/feelings. I always found a way to amplify their voices, even though it wasn’t what we could hear, it was also what we could see,” she says.

As an advocate for people with disabilities, Jam always believed that regardless of what one’s background is or abilities are, everyone has a voice.

A Voice for All

“When I graduated from college as a Developmental Services Worker, my mom encouraged me to do this differently and not to follow the same path as everyone else. At the time, I really loved teaching people about accessibility, inclusion, and amplifying the voices of people with disabilities,” says Jam.

So she approached Rogers TV, and did an interview for Autism Awareness Month.

What she actually was submitting was a pitch for a show which wasn’t supposed to happen. She then attended a meeting with a producer and did her best to “fake it until she made it” in that meeting.

She was asked to create a pilot episode, which she then shot and submitted, and henceforth steered a show for six seasons during which the community came together to promote disability awareness.

Eventually, Jam got into hosting and speaking at events in Brampton. Her goal was always to build her rapport and reputation in her hometown before anything else.

“When most people wanted to become International speakers, I was really focused on being a speaker in Mississauga, and in Brampton (because that’s where I was raised). Every time I would get off the stage people would always ask me ‘How do you do that? How are you able to go onstage and talk in front of 400, 500, 1000 people and seem so at ease?'”

She didn’t really realize that people struggle with speaking, because she’s always been a natural talker.

“The more I thought about it, the more people kept asking me, one day over our morning cup of coffee I told my husband ‘maybe I should start a program! Everyone’s starting a program.’ And he said ‘Babe, you can do anything.’ To which I responded, ‘you’re right!’ … and then I launched Slay the Mic!”

#SlayTheMic is open to all ages and backgrounds, “not only professionals or aspiring speakers and storytellers, but also children and anyone who is in a position where they want to learn how to love and reconnect with their voice.”

Jam is passionate about speaking at schools and inspiring the next generation to think and act differently. “I love talking to kids, because I get to have the conversations I needed to have when I was a kid.”

The narrative woven through Jam’s career is that of pushing through obstacles. As a Black woman, there are barriers that Jam has constantly had to overcome, and will continue to have to overcome. “The hardest thing has been inserting myself in spaces or conversations where people aren’t used to seeing me. And declaring that I should be there. And I deserve this. And I worked for this and it wasn’t just handed to me,” she says.

Jam considers her role as a leader a very unique privilege. “We have a platform, we have people’s attention, we have people’s trust in our hands. My top piece of advice would be to use that privilege very, very wisely. To use our platforms and the positions we have to encourage people to think critically, and overall to be better people. People look to us, so let’s not abuse that.”

How to speak so your audience will stay awake 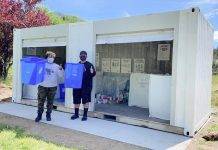 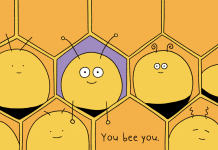 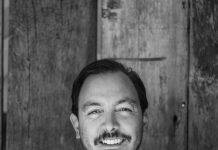