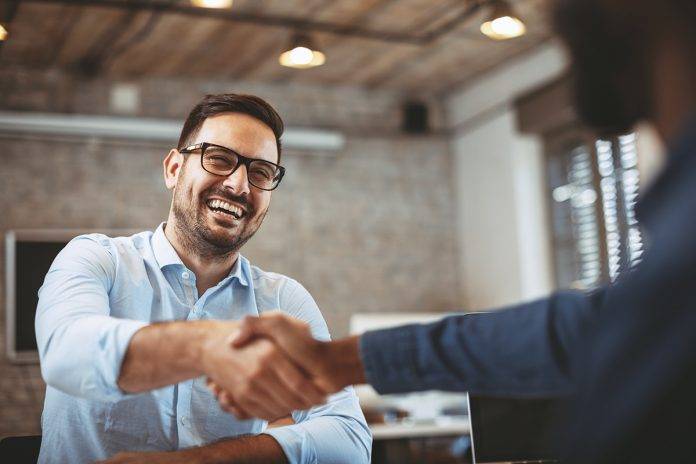 That voice is your impostor syndrome.

Studies have shown that 70 per cent of adults have impostor syndrome, with up to 100 per cent of entrepreneurs experiencing it. So chances are the majority of people around you have it, too. Even heavy hitters like Sheryl Sandberg of Facebook and Howard Schultz of Starbucks have experienced impostor syndrome. It’s especially prevalent in successful people and can worsen as you ascend in your career.

And that makes sense.

Maybe you started out simply building a fun app on your own and then — BAM! — you’re a CEO leading a growing team with a squad of investors critiquing your leadership. Or you graduate with an MBA and fear your real world experience isn’t good enough. Or you get promoted and have to figure things out as you go. It’s incredibly easy to doubt yourself in business, especially if everyone around you is killing it (or pretending to be killing it to camouflage their own fears.)

Doubting yourself isn’t just bad for your self-confidence — it can be bad for business too. Constantly questioning your choices can cause you to avoid reasonable risks and prevent you from acting on opportunities. Impostor syndrome can cloud your ability to see a clear path forward and take action. So how can you stop it from getting in the way of your success?

CONFIDE IN PEOPLE OUTSIDE YOUR INDUSTRY

A 2019 study published in the Journal of Vocational Behaviour found that speaking with others about impostor syndrome can actually help alleviate feelings of “impostorism,” but you need to choose the right listener. Sharing these feelings honestly with colleagues in your professional network has been shown to increase feelings of impostorism. Instead, two-thirds of the study participants were able to push through their impostor thoughts by sharing them with trusted friends and family outside of their sector. It helps because these listeners are able to help so-called impostors focus on achievements and a more well- rounded “big picture” take on their perceived worth and success.

If you don’t have trusted friends or family outside your industry that you can talk to, try seeing a therapist or coach who can help you push through the negative self-talk and help you cultivate a more balanced perspective.

“Impostor syndrome” is a psychological term, rather than a disorder, coined in 1978. While it was previously considered to be a disposition, studies are now showing that it’s more of a contextual, situation-based response. Impostor syndrome entered the mainstream via the book The Secret Thoughts of Successful Women by Dr. Valerie Young.

Since then, a plethora of books on overcoming impostorism have come out, including The Impostor Cure by Dr. Jessamy Hibberd, Presence by Amy Cuddy and Own Your Greatness by Lisa Orbé-Austin PhD and Richard Orbé-Austin, PhD. Learning more about just how common impostor syndrome is, and strategies to deal with it, has been shown to help professionals push back and shut that nasty voice up.

Practice becoming more aware of the impostorism narrative in your own head. Negative self-talk can easily become a spiral of bad thoughts that take you down. Instead, catch yourself in the moment and give yourself a cue to stop, whether that’s a mantra, an elastic around your wrist that you snap or some other means of interrupting and redirecting your thoughts. Redirect your mind by focusing on your accomplishments, and even take a moment to write them down if you’re really stuck.

BE A SUPPORTER, NOT A SHAMER

If someone has the courage to be vulnerable with you and share their feelings of impostorism, that’s an invitation for you to take the high road and support them. Thank them for feeling comfortable enough to share with you. If your knee-jerk reaction is to make fun of them, or shame them in any way for not pretending to be perfect, you have some work to do to figure out why someone else’s honesty makes you react that way.

It can be a lot easier for some people to discuss their impostor syndrome than
others. Currently, women seem to feel more comfortable sharing their experiences with other women than men do with other men. That appears to be changing, but there’s still a long way to go.

At the same time, if you’re a minority — a woman in a male-dominated company, a person of colour in a company that’s mostly white, the only LGTBQ+ member on a straight work team — it can be significantly harder to feel safe sharing your insecurities. Everyone’s circumstances, experiences and level of comfort are different. It’s fantastic if you feel secure sharing. Just don’t pressure others to do so.

The good news is there’s zero correlation between that voice in your head and the quality of your performance. Impostor syndrome is a challenge to be overcome, rather than a signal that you’re a fraud.

We need to accept that most of us have experienced it, be supportive of those strong enough to share their battles and tell that voice in our heads to shut up and let us get back to work.

Erin Skillen is a writer, serial entrepreneur and VIATEC board member. You may have seen her onstage hosting the VIATEC Awards or telling a story at Fuckup Nights, which the impostor voice in her head said she couldn’t do.