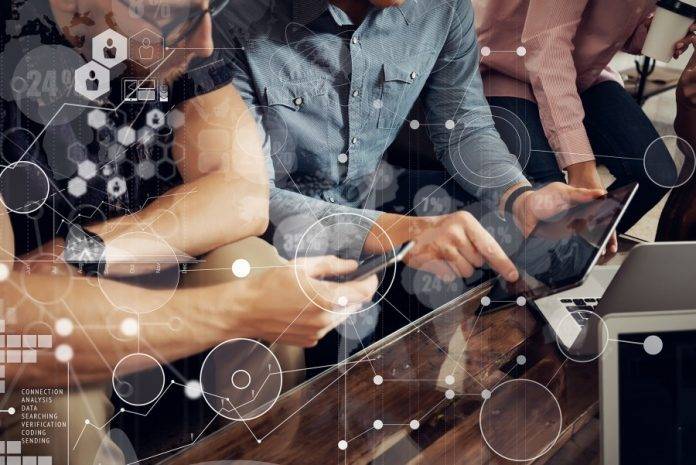 It’s no secret that in today’s world, information travels faster than we can fathom.
How much information and how fast? At any given minute on Facebook, for example, users post more than 500,000 comments, update nearly 300,000 statuses and upload more than 130,000 photos. Per minute! And that’s just Facebook. There are also texts, Tweets, Snaps, Instas, live videos, Yelp comments, Google reviews … you get the idea.
From the latest trends to news headlines, and from celebrity gossip to backtalk about you or your business, word travels fast — and if you’re not careful, your reputation can be lost in seconds. (Just ask United Airlines.)

Given that, a reclusive life on a deserted island may sound appealing, but ignoring social media altogether isn’t recommended. Done right, it’ll grow your business and boost product or service awareness, and ultimately increase sales.

So what should you do? Bad things will happen and scandals will surface, but with the right tools, you run a better chance of remaining unscathed.
Here are my six quick prevention tips to have a solid presence online while staying a step ahead of a blemished reputation:

Those candidates from your recent interviews seem polished, but did you Google them? Did you search their social-media channels? If they have a bad rep online, it’s only going to muddy your company’s reputation.

2. Train your social-media team on these three key items:

1) Research hashtags before using them to fully understand their context

Example: DiGiorno Pizza tweeted #whyistayed You had pizza in September 2014, only that hashtag was going viral because of the domestic-abuse incident involving NFL star Ray Rice and his wife, who stayed, and not because he had pizza.

2) Know how to properly source and credit images or purchase stock photography.

Example: A young American Apparel employee once took to social media during the 4th of July celebrations and shared an image she found after briefly searching for “fireworks.” Only the image was of the 1986 Space Shuttle Challenger explosion. Yikes.

3) Have a team to monitor engagement as well as to remove scheduled posts if they are no longer relevant or worse, completely inappropriate.

Example: During the horrific 2012 movie-theatre shooting in Aurora, Colorado, a scheduled tweet from American Rifleman (@NRA_Rifleman), the official journal of the NRA, went live saying, “Good morning, shooters. Happy Friday! Weekend plans?” I have no words.

3. Looking for an influencer for your company? Don’t just rely on one; have many

If the reputation of one of them goes in the tank, you can divert attention to the others.
Example: Jared Fogle was the Subway spokesperson for years after losing more than 200 pounds, which he attributed to eating the chain’s sandwiches. In 2016, he pleaded guilty to child pornography charges and was sentenced to more than 15 years in prison.

4. Run all your ads past a diverse audience before going live

Example: Nivea recently launched a paid Facebook ad for its Invisible for Black and White deodorant, targeting women in the Middle East. The image of a woman in white included the wording “White is Purity” with the caption “Keep it clean, keep bright. Don’t let anything ruin it, #Invisible.” Needless to say, it didn’t go over well.

Example: A tweet was sent from the official @KitchenAidUSA account with more than 80,000 followers after President Obama was first elected. It read, Obamas gma even knew it was going 2 b bad! ‘She died 3 days b4 he become president’. #nbcpolitics
While KitchenAid didn’t say this was the work of a disgruntled employee, this is an example of something I often see with former employees who still have access to passwords.

A social-media policy helps you establish accountability within your organization, it helps with brand consistency, and it can help protect you from potential legal issues. Here are a few questions to consider when building or revising a social-media policy:

› Is there an approval process before posting?

› Do employees need to disclose where they work?

› Can they comment on posts after hours from their own accounts?

So yes, things can get nasty online, but remember that you’re only human. As you’ve read here, some of the largest companies have made mistakes — and you will too. Don’t let it discourage you from taking full advantage of the many benefits of social media.

By using the tips I’ve provided, you can stay one step ahead of most organizations and keep your solid reputation in tact. Happy posting!