At the beginning of March this year, Rob Friend and his partners had checked a lot of boxes on their short term goals. After three years of planning and working with investors, the Canadian Premier League – the first professional soccer league created in a developed country over the last 25 years – had just enjoyed a successful inaugural season, with seven teams competing then, and an eighth (Ottawa) just signed.

Fans had packed Westhills Stadium in Victoria to watch the newly minted Pacific Football Club – owned by Friend (who is the CEO and GM) and partners Dean Shillington and Josh Simpson – play in 2019, and the high level of community support they’d received boded well for their second season.

Pacific FC were one week out from their 2020 season opener, and staff were putting the finishing touches on a sold-out two-game series of a community national team the day they heard the news that the government had ordered people to stay home for the foreseeable future.

“We were full steam ahead selling our season,” says Friend. “We were on track to surpass the year before. So from a business perspective, 2020 was going to be extremely successful. And then … nothing.”

How’d they do it? Rob Friend describes the moment they decided their season would go ahead.

After processing the sudden change, Friend says he, his partners and the fellow owners across the eight clubs in the league moved immediately into assessment mode. “We knew we needed to understand what this was and understand how it affects our business. Not only from a revenue side, but also from an operating cost side, because we were still dealing with start-up costs from year one. We had to take a really deep dive into our business and figure out how to turn off the tap a little bit on the cost and then preserve our revenues.”

Friend credits the collective energy and commitment to collaboration and survival between he and his partners for what happened next. After much discussion and research into what other professional teams across North America were doing to either cancel or salvage their seasons, they decided they could not afford to cancel theirs.

“We just couldn’t risk losing the momentum we’d gained,” says Friend. “We’re only in year two. We had to be visible across Canada and we had to find a way to make it work. We knew that meant we had to invest more than we already had going in, to stay relevant and pull a season off. It was not an easy decision, but I think overall it was the right decision. We made the decision as a team, because we knew that, as one, we win together, and we lose together. And we want to win. And I think that set us up for the greatest success going forward.”

The pivot that saved their season.

With the support of government programs, the teams were able to keep staff and plan an alternate version of the season they had expected to run. With no teams able to play in front of fans in their home markets, the League developed a concept for a season in one location, like a large tournament, where the players would remain in a bubble but play in an empty stadium over a six week period.

The location for the tournament-style season was Prince Edward Island, beginning August 13.  The league secured coverage of the games on OneSoccer, CBC and on CHEK News. They held press conferences via Zoom before and after each match.

On Vancouver Island, Pacific FC quickly adapted to hold all training sessions for youth that would normally be held at the club’s Island Training Centre, online instead. Participants were coached on Zoom a few times a week and the professional players appeared as special guests to issue friendly challenges to the girls and boys in the training programs, keeping them motivated and engaged.

The club made branded face masks and sold them as a fundraiser to support local organizations like the Westshore Foodbank, and fans could buy merchandise online and pick it up curb side at the Island Training Centre in Langford. Fans were also able to interact with players and coaches via Zoom chat sessions and Instagram live videos.

Though Pacific FC didn’t come home as League Champions (they were fourth overall; Hamilton’s Forge FC won the season) Friend considers 2020 to be a win all round, all things considered.

The biggest win, he says, is how the lockdown forced a laser-targeted review of their efficiency as a business. “We had to really look at trimming what wasn’t absolutely necessary to manage our costs, but at the same time, we looked just as hard at ways to create revenue and add value. We are fortunate enough to have built an indoor facility, and we offer high performance development opportunities and an introduction to professional sports for young athletes. We are constantly looking for way to be in the community, other ways to be relevant, to contribute. So I think, because of the pandemic, we had the chance to get creative and drive the business forward.”

Friend says that while no-one knows what 2021 will look like, his team and staff know the community wants to be back in the stadium, watching and cheering as their favorite athletes compete. “We want to go back to some sort of normalcy. I am hoping we can get, say 60% of our normal audience level in the stadium safely. And ultimately, that helps us bring back that sense of community we have missed by not being able to interact with the fans that have made our soccer club such a success.  I’m very optimistic that there’s going to be a pent up demand of people wanting to support professional sports and being there live and, and, as I said, creating that sense of normality that they had before.” 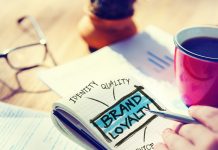 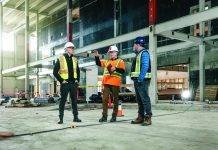 Small Giants: How DHK Architecture stood the test of time on the South Island