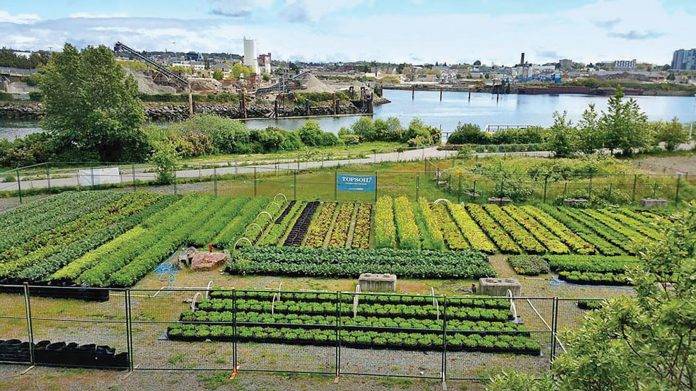 When Chris Hildreth launched TOPSOIL in 2015, his quest was to create a modular farm that could be dropped into any community, on any surface — no arable land needed. Seven years later, he has succeeded in creating just that and wants to give others the tools and support to create their own agricultural ventures, regardless of location.

Hildreth also set out to make farming appealing to a new generation. “How do you entice a younger generation to look at farming as a viable career opportunity when most people think farming is backbreaking labour and not profitable?” he asks. However, instead of growing TOPSOIL’S production, the company wants to focus on providing communities, organizations and individuals with the tools and expertise to manage their own farms.

“It’s turning into an implementation consulting business,” Hildreth says of TOPSOIL’s rebrand. “We will give them the infrastructure and then give them the support systems they need to run it.”

The resulting product will be a farm in a box: a 20-foot shipping container packed with everything that Hildreth and his colleagues have found key to running a successful agricultural business. They are aiming to have units available in 2023.

Each shipping container will include hundreds of round fabric containers that, once filled with soil, create the growing space. This will allow a farm to be built anywhere, even on a gravel pit.

It will come equipped with a commercial kitchen-grade, post-harvest operation centre, complete with a full walk-in cooler and a salad spinner. A greenhouse will attach to the side of the container, creating a space to start plants.

The 20-foot shipping container will become the farm’s operation command centre. Hildreth found he spent a lot of time post-harvest. Growing, planting and harvesting were much less labour intensive in comparison. “It’s all about what happens after. That’s where the bottleneck happens,” says Hildreth.

Without an efficient washing, packing and storage system set up, production slows. His command centre concept will create efficiency, thereby increasing the profitability of the farm.

TOPSOIL is dreaming up a variety of technology integrations for its modular farming units. There’s the possibility of having solar panels on the roof to power the units in remote settings.

As well, they are working on connecting the systems to a smartphone app, allowing for everything from the irrigation systems to the cooler temperature to be managed and monitored from a phone.