A helluva tasty way to weather the pandemic.

As gigs disappeared, restaurants shuttered and no one really wanted to sit with a group of strangers indoors anyway, Victoria couple, Jeff Poynter and Eden Oliver (two-thirds of the folk band West My Friend, with Alex Rempel) ventured out to sample the fare of meals on wheels. When their mission was complete, they had visited all of the food trucks in Victoria, filled up two notebooks with their ratings and become the go-to authorities on the rolling cuisine scene through copious Facebook posts.

What surprised our four-wheeled foodies most was the sheer number of food trucks they visited.

Island Health has permitted 168 mobile food premises throughout Greater Victoria and 365 on the Island. The City of Victoria has averaged 58 business licences for mobile vending over the past five years. And all figures include not only the ubiquitous food trucks but food carts and catering-only businesses.

Victoria’s numbers have more than doubled since 2013. In 2009, by comparison, there were only eight.

“We wanted to support local businesses and eat tasty things,” explains Poynter. “I don’t know if we decided right away we’d do all of them or if we went to one and then we were like, we should go to all of these.”

“We did bring the notebook with us right away,” interjects Oliver, “so I think we knew this was a project.”

The pair kept meticulous records of their regular Friday lunches with a template to evaluate each of the food trucks, based on the metrics of presentation, taste, vibe, price (generally $30 for two) and a catch-all “other” that included things like seating, portion size and quality of utensils.

Throughout their pandemic odyssey, the couple recognized how busy most of the tuck trucks were, especially in popular areas like Cook Street Village or at Cook and Pandora.

Oliver recalls speaking with the owner of Molly’s Fish and Chips at Esquimalt Lagoon during “deep COVID” under rainy skies.

“They told us not everybody was doing great, but they were doing pretty okay because they were really consistent,” says Oliver. “For years, they’d been at the same spot every day, so locals in the neighbourhood would come.”

Ian Tostenson, president and CEO of the British Columbia Restaurant and Food Services Association calls food truck owners a diverse and independent group that survives without the sort of industry association brick-and-mortar restaurants have.

“It’s a labour-intensive, low-yield business — a labour of love,” he says, noting many of the operators have had a lean pandemic and that not all have survived.

Tostenson estimates food trucks might do $150,000 annually in sales, “but by the time you pay for everything, there’s not a lot left over.”

Overall, Oliver and Poynter thought that the cuisine was varied and mostly satisfying with the exception that “some food trucks use Cheez Whiz in not a good way,” says Oliver.

Less so was finding where specific food trucks were parked. A web listing, streetfoodapp.com, tries to collect the whereabouts of your next meal on wheels.

“The app lists a lot of them, but not all of them go on there because you [need to] have registered, and it’s always the same ones,” says Poynter, noting there was plenty of searching — phone calls, emails, digging through Facebook and Instagram posts to find where certain trucks were located that day.

Of course, food trucks serve the people, not the scenery.

Too often Oliver and Poynter were left munching their meal in several acres of asphalt surrounding big box stores full of hungry shoppers and workers.

Looking back on all those trucks, dozens of tacos, a hundred selfies tucking into lunch, Oliver offers a bit of a reality check for all their research.

“I don’t know how many times we ended up sitting in a parking lot in Langford.”

Saltchuck Pie Company
“Zucchini and Ricotta Pies were warm, creamy. Pastry is divine. Zucchini flavour was good and not too zucchini-y.”

RogueFoodTruck
“Poutine really yummy, mushroom gravy really flavourful, green onions good on it and cheddar cheese good, too, even though not curds.”

Los Panas Kitchen
“100% the friendliest person yet & he gave us a thorough and interesting explanation of the foods … their music was also very good and adds to the experience.”

Al-Rahman Samosa King
“They don’t have a location yet, so they are cooking in the truck and delivering … even on Christmas, which is cool.”

Bird & Basket at Rock Bay Market
“Is this the most hipster of all? Are hipsters still a thing? Regardless, it was delicious.”

How Food Trucks Fared through the Pandemic

“[Our business] packed up for a long time at the start of COVID. We lost some staff and customers vanished for a while, so we focused on delivery, frozen food, care packages and just rode it out. Last summer, the markets and sporting events came back, so the truck was out again, and we’re hoping next summer will be even better.” — Nick Crooks, Saltchuck Pie Company

“I had to pivot. I had always wanted to have a place of my own where my customers could come for their kombucha [Susut owns Cultured Kombucha]. I also had a desire to delve deeper into food production. So while trying to make production easier, we started another business instead … oops.” — Christine Susut, Bird & Basket at Rock Bay Market

“We had just lined up all the festivals, had the soccer [Pacific FC] at Langford and [when the pandemic hit] just watched that domino every job we had worked toward. So I just pivoted. Initially, the idea was to go to music festivals and markets and everything food trucks go to, but being made to stay [in Cook Street Village] has been a blessing.” — Jonathan Ballantine, Morning People

“We bought this truck during the pandemic. We rented the kitchen at the Fairfield community centre for five years, but the pandemic closed that. We’d always wanted a truck and the pandemic was good timing. It let us learn our way around the truck. So it was a bit of an advantage having things a bit slower.” — Perveen Kahn, Al-Rahman
Samosa King 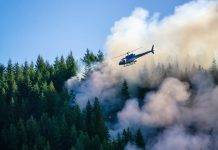 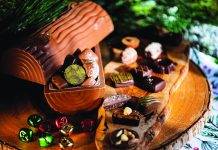 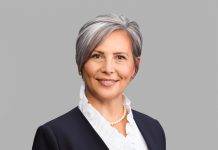