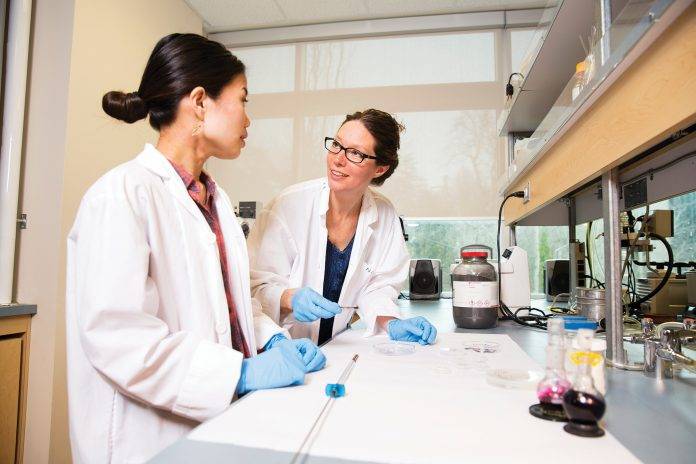 A University of Victoria chemist has developed a breakthrough material that will make computers and smartphones faster, more durable and more energy-efficient. The new material allows computer chips to exist at a molecular level, through a technology known as light-induced magnetoresistive random-access memory [LI-RAM].

Developed by Natia Frank, a materials chemist, the invention is part of an international effort to reduce the “power wall” of energy consumption and heat produced by modern computer processors. This power wall is creating an environmental concern and limiting the development of faster computers. Compared to the current standard, LI-RAM uses 10 per cent less power, creates almost no heat and has higher durability, while processing information faster.

This more eco-friendly form of RAM uses light rather than electricity as an information conductor. “Data storage for mobile phones, computers and electronics is just one way this technology can be used. Potentially, this material could have other uses in medical imaging, solar cells and a range of nanotechnologies,” says Frank. “This is just the beginning.”

LI-RAM’s patent was secured in partnership with GreenCentre Canada, which named it one of their top achievements for 2016. Frank is now working with international electronics manufacturers to optimize and commercialize the technology, which could find its way to consumers in the next 10 years.