There are plenty of cranes stretching across Victoria’s downtown skies, building up not out, which means more housing. But while it’s generally agreed that more affordable housing is sorely lacking, barriers exist.

“Municipalities make bargains with citizens. Build high rises downtown. Leave everything else,” says Luke Mari, a principal at Aryze Developments. “Our city’s housing is being eroded because someone doesn’t want their tomato plants shaded.”

The executive director of the Downtown Victoria Business Association Jeff Bray throws his own shade on the theory. “There’s going to be change,” he says. To create affordability, existing neighbourhoods will evolve. “There was a point when Fairfield was farms,” Bray says.

“We need hundreds and hundreds of units for those starting, and we need worker housing,” says Bray.

Adds Mari, “If people can’t afford to live where jobs are, it will be less and less of a diverse city. Building housing close to jobs will help the service industry.”

Until the housing shortage is fixed, which means adding 2,300 units of new housing every year in Victoria, affordability is out of reach for many of those workers, Bray says.

And when it’s built, 20-storey housing will generate more affordable units than a 10-storey tower.

“With the cost of land, construction needs to be up,” he says. Ideal construction spots include the Douglas Street corridor, parts of Blanshard Street and the Harris Green neighbourhood, Bray notes.

Victoria’s mayor Lisa Helps says affordability cuts two ways. The yin is people need to earn a good wage, so more high-value jobs are necessary; the yang is more affordable housing must be created so those workers have a suitable place to live, Helps says.

“The more people in the downtown, the better it is for business,” she says.

When it comes to high rises, Helps says 70-storey towers aren’t on the table, particularly in a city where 30 storeys are considered extreme. Less lofty structures are the vision. And she’s clear where they would be situated.

“As you come up from the harbour, you stay low and rise to Cook Street,” she says.

The high rise solution appears to be spreading beyond the core. In August, Saanich shifted perspective and began mulling higher density housing and more residential infill. A 24-storey tower with 350 rental units is proposed for Uptown, while 657 rental suites are envisioned for a large redevelopment at University Heights. 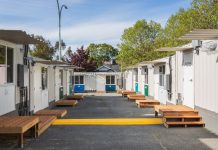 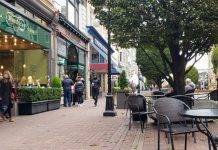 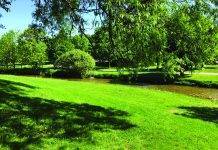