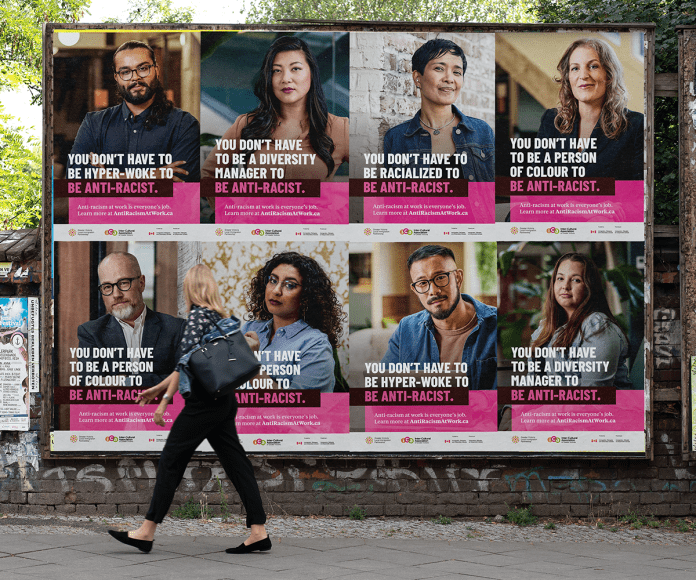 ‘Anti-Racism at Work is Everyone’s Job’ is the theme of the latest media campaign by the Greater Victoria Local Immigration Partnership (GVLIP). The aim is to encourage everyone to speak up against racism at work, especially white colleagues, managers, directors, and leaders who are presently quiet, hesitant, or unsure how to respond. 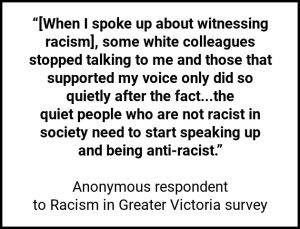 In 2020, the GVLIP created a survey that asked residents in Greater Victoria about their experiences of racism in the region. The survey results were included in the 2021 publication ‘Racism In Greater Victoria: A Community Report’, revealed that 71% of racialized respondents say  they have experienced racism in in the past five years. More than 50% of racialized respondents said they have experienced racism in the workplace. For example: 31% said they’d missed job opportunities because of their race and had been excluded from networks, 25% reported that they’d missed promotions because of their race, and 16% said that they experienced unnecessary monitoring at the workplace.

Despite these statistics, less than 5% of racialized respondents felt comfortable speaking about those experiences with colleagues and managers at their workplace. People feared that speaking up might lead to repercussions such as being shunned or losing their job. Some thought that speaking up would not make a difference to their workplace culture anyway, because they would not be listened to. In addition, many racialized respondents said they felt tired of carrying the burden of creating these changes by themselves. 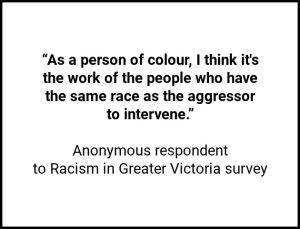 In light of the survey report, the Anti-Racism At Work campaign was created to specifically call on white individuals at all levels in the workplace to listen, learn, and become actively and effectively anti-racist.

Racism in the Workplace

Making changes towards increasing equity at work can effect changes throughout communities. Speaking at a roundtable on inclusion at work (organized by Douglas Magazine in September 2021), Florentien Verhage, the coordinator of the GVLIP program explains, “the workplace is where many of us spend most of our days so it should not come as a surprise that it is there that people often experience racism.  Recent data from research among Black Canadians mirrors the data from our survey. That report found that 70% of Black Canadians have experienced racism and it describes the workplace as ‘the epicenter of discrimination and fairness in Canadian society.’” She continues, “this gives workplaces a tremendous responsibility to implement changes, but it also gives them the opportunity to make a real difference in their communities.” 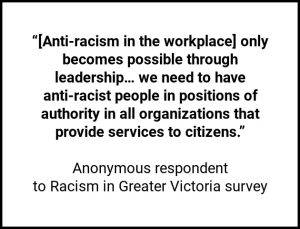 Inclusive, equitable and non-discriminatory practices implemented in the workplace will have a positive domino effect across society but getting there is not a one-time affair. Short courses in diversity training are wonderful but often do not lead to lasting changes. Deep and lasting change requires serious commitment, full engagement and consistency over a long time. Anti Racism At Work hopes to remind workplaces of this responsibility, opportunity, and commitment to affect such change.

The Role of White Colleagues in the Workplace

While most white people are aware that racism happens, it occurs more frequently than they are willing to admit. As Verhage notes, when white respondents were asked whether they thought that systemic racism was a problem they often replied yes. Yet when they were asked if they had witnessed incidents of racism, only 10% said that they had, “which shows a complete disconnect,” says Verhage. “People know in theory that racism is a problem, but at the same time, people are either too isolated or don’t recognize it when it happens.”

The Resources At Hand

The first phase of the campaign focusses on listening and learning. Digital ads and billboards across the Capital Region remind us that everybody has a role to play when creating equitable workplaces. The antiracismatwork.ca landing page includes the racism survey report and other national and local resources such as contact information for local diversity equity and inclusion consultants, a tool to assess one’s own workplace, national data on racism, Islamophobia, and other inequities in the workplace, and materials that help organizations and business implement change.

The Anti-Racism at Work media campaign will run until 2025 and will be updated yearly. GVLIP will continue to add material depth and feedback over the years, including through community forums, projects, and stories. 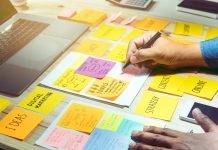 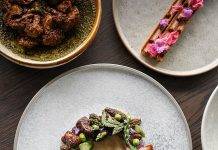