Four fully intact beer bottles, embossed with “Victoria Brewing Co.” and “Silver Springs Brewery” and estimated to be more than 100 years old, were recently discovered by construction workers digging a trench to lay sewer pipes to the Learning and Teaching Auditorium at Royal Roads University. The auditorium is a renovation project where the former pool building is being transformed into a learning and gathering space.

Construction workers on site thought they may have something special when they found the bottles, which were discovered a metre and a half deep alongside a clear glass soda bottle and a clay inkwell, and carefully removed the items from the ground. Royal Roads Archivist Jenny Seeman says they were right; she can say with certainty the items are from the Dunsmuir era.

”You can find the clues about the age on the bottles themselves, as well as the fact they were found with an inkwell,” Seeman says. “Dip pens (and inkwells) were used less often for regular writing once fountain pens became more reliable and especially after the invention of the ballpoint pen in the 1930s.”

James and Laura Dunsmuir established Hatley Park (now the campus of Royal Roads University) and built Hatley Castle in 1908; the Dunsmuir family sold the estate to the Canadian government in 1940, after James and Laura died.

The bottles appear to be machine made, Seeman says, with a seam that runs from the bottom up to the neck.

“This tells us the bottles are not any older than 1903 when ABM (automatic bottle machine) bottles started being produced. It is the soda bottle, however, that narrows down the timeline the most.”

Before bottles were machine made, they were hand blown into a mold. Seeman says there was a crossover period between the 1890s and 1913 when glass bottles were both hand-blown and machine made. The soda bottle has evidence of being hand blown due to bubbles in the glass, and because of the type of mold seam on the bottle.

Joe Wiebe, co-founder of the online resource the BC Ale Trail and of Victoria Beer Week, says historical records indicate Victoria Brewing Co. was founded in 1859, providing more clues to the age of the bottles.

“Victoria Brewing Co. was built by William Steinberger, a German immigrant who had come north from San Francisco with thousands of prospectors as part of the Fraser Canyon Gold Rush,” Wiebe says. “He realized instead of digging for gold he could brew golden beer for all the thirsty folks who had transformed Victoria from a minor fort to a rapidly growing city.”

Silver Springs Brewery was in existence from 1902 to 1928. Wiebe says the two companies then formed a consortium with some breweries on the mainland called the Lucky Lager Brewing Company. The company would eventually be bought out by Labatt, Wiebe says, and Lucky Lager beer is still sold and enjoyed today.

Seeman, meanwhile, says you can get a sense of the age of the items by also examining the history of the location they were found on campus, close to where the stables and garage were located.

“I think probably they would have been left there during the construction of the stables. So probably around 1910 to 1911,” she says.

“It makes sense that there would have been a construction crew working in that area and… things could have just been buried in the construction work that was going on then.  It is just amazing that they were so well preserved.”

Why should people care about old beer bottles found in the ground? “They provide really interesting stimulus for further research,” Seeman says. “They hint at a life that is gone now that was normal then. That is what I find really fascinating about them.”

“It is exciting to get to see a piece of history come to life in a sense,” he says. “We have such a thriving craft beer community [in Victoria] today, and it’s interesting to imagine what the beer might have tasted like back then. Did the people who drank from those bottles like to visit different breweries and try their different products just like we do today?”

The bottles will be preserved in the Royal Roads University Museum collection. For more information on the history of BC Craft Beer visit the BC Ale Trail site.

New Institute at RRU to look at Humanity’s Critical Problems, including Pandemics 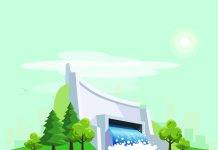 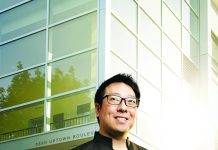