Since he was a teenager, Pani Energy ‘s Devesh Bharadwaj has been interested in combining technology and business to make a disruptive impact.

Bharadwaj grew up in India and was intimately connected to the world’s growing need for freshwater resources. Soon after he began studying at the University of Victoria, Bharadwaj inspired a partnership between the engineering and chemistry departments. The result would become Pani Energy, a research-based company that uses technology to reduce the cost of producing fresh water from non-fresh sources.

“There is a tremendous amount of infrastructure needed, worldwide, to address water treatment, and the question becomes, how can we do this successfully while being environmentally friendly and economically feasible for those who will struggle to meet the gap?” says Bharadwaj, who has received numerous awards for his entrepreneurship and engineering since launching Pani in 2017.

Bharadwaj knew about the projected 60-per-cent gap in world freshwater needs by 2030, and he wanted to give companies digital technology to run at state-of-the-art levels while improving hardware and software options to revolutionize the water and energy industry.

It may sound like no small feat, but Bharadwaj has an even more ambitious goal in mind.

“I wanted to find the biggest problem to solve,” says Bharadwaj, “and, by focusing on water, Pani is actually addressing a much larger issue: climate change. There’s nothing more important I could work on.”

A Q & A with Devesh Bharadwaj of Pani Energy

Surround yourself with experienced, intelligent and generous advisors. Let them pick problems to solve — and, focus on important problems, rather than urgent ones.

What was the scariest part of starting up?

Knowing there is a high chance of failure can be scary. There were times I asked, “Am I making the right decision?” I was. Confidence, at the beginning, is knowing you’ll be OK if you do fail.

What book or podcast have you found most inspirational?

The book Zero to One: Notes on Startups, or How to Build the Future by Peter Thiel touches on something interesting. True disruption and innovation in society is going from zero to one. It’s not looking for the best technique to clear horse manure; it’s building a car.

Where are they now? Catching up with Douglas 10 to Watch winners 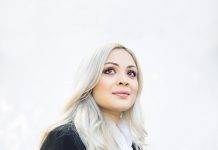 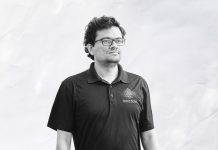