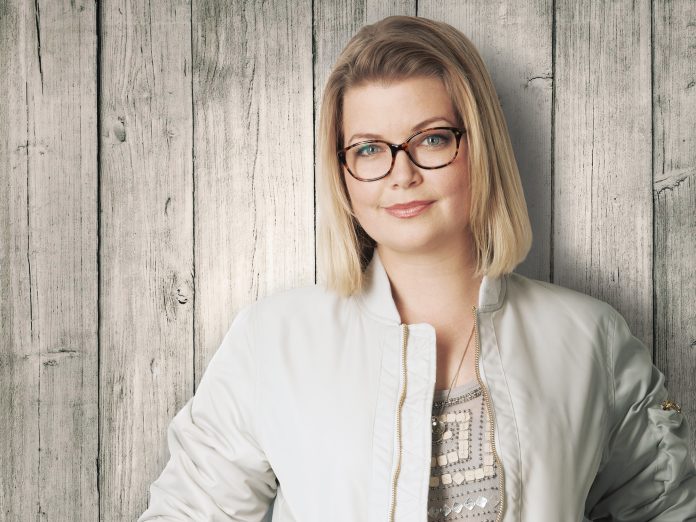 Jill Doucette is determined to turn Vancouver Island into a green-economy hub known worldwide for its sustainable approach — and she talks a compelling language that business people understand and are buying into in increasing numbers.

Two years before she left the University of Victoria with an undergrad degree in biology, Jill Doucette had already launched her own business in sustainability consultancy, co-chaired the World Student Environmental Summit, worked with a PhD team to draft academic papers concerning the clean-technology sectors in Canada and Brazil, started a non-profit called Common Energy, run her own painting and stucco company and placed first in the national Nicol entrepreneurship competition.

Since then she’s grown her company, Synergy Enterprises, into a promising Victoria firm with six employees, an increasingly global portfolio of clients in tech, property development, tourism, retail and hospitality, a satellite office in Vancouver and a partner in Mexico City. She also founded the Synergy Sustainability Institute, offering a Green Business Certification Program, has written three how-to books on sustainability and has seen business triple in the past year.

“I want to be in the world of harnessing business to create positive change,” says Doucette. “So that’s really where Synergy came from, standing between two disciplines and seeing that these two weren’t talking to each other, it seems. It was, literally, a synergy between business and the environment.”

Victoria Mayor Lisa Helps calls Doucette a business leader with the sort of big-picture thinking to grow our economy.

“Since I first saw [Jill], she struck me as somebody who pursues her vision with a deep enthusiasm that is highly contagious.”

Charismatic but humble. Passionate but focused. Someone who brings people together. A doer. They’re all descriptions you hear when Doucette’s name comes up. And it comes up a lot these days as the 29-year-old works to make business into champions for the environment.

Why have you defended the business community against criticism — much of it from environmentalists — that says business is the problem?
At school, I really noticed that business was pitted as the enemy of environmentalism and of nature. I saw this great disconnect. But business is really where we have the greatest ability to have a positive impact and negate climate change.

Given the gulf between the two camps, how do we do that?
We need to harness business and create solutions. I’m a big believer in the triple-helix model of academia, business and government working together to create solutions. On Vancouver Island we have those three. One thing missing is that we have so many innovative small and medium-sized businesses here that hide under the radar. We make heart valves in Saanich. We manufacture planes for Malaysia. We make world-class yachts. If we pull that together and concentrate on creating solutions, products and services that can be sold to the rest of the world, we’ll be one of the strongest economies in Canada.

What has been the driver for businesses to become sustainable?
We surveyed all our clients and asked why they’re really doing this. We discovered there are four main drivers. First is ethics at the ownership level. [Owners] feel it’s the right thing to do. Second is marketing, being relevant to the new consumer. In order to be competitive, this is something they had to get underway. Third was staff retention and engagement, which was also surprising. Attracting top talent and getting another level of engagement from employees. It’s a morale booster to work somewhere they can be really proud of how it’s operating. Fourth was cost savings and I was surprised this one was at the bottom. It’s number one as a barrier in the way of sustainability. The program will only sustain if there’s cost savings involved and it doesn’t compromise the bottom line … We started Synergy in a recession so we had to be cost conscious.

The Vancouver Island Green Certification Program (VIGBC) has 85 local businesses involved in an annual certification process where companies earn the right to display decals based on their sustainability rating. How does it work?
Every two years the criteria are revised to become more challenging, adding more progressive environmental actions. We just partnered with the Surfrider Foundation to introduce an additional decal for “Surfrider Approved” businesses that take action to reduce plastics. In fall 2016, a new criterion for spa and salon businesses will be released. Businesses can review the checklist for their sector online and establish their preliminary score. They then contact VIGBC and arrange a site visit. A local verifier reviews the business operations and makes recommendations for improving their score. The business then has two weeks to make additional changes, and they receive their final score. VIGBC is an annual certification process, and many businesses increase their score each year.

Where do we stand post-Harper in trying to meet the targets that came out of the Paris climate talks (COP 21) last December?
The [new] prime minister is already trying to bring those commitments down to a regional level by getting provincial buy-in and laying the groundwork for provincial action. That’s the next big challenge, to create continuity between the layers of government and create action. Not to be pessimistic, but that can take a long time. Every biz will have to reduce its carbon footprint in order to hit the targets that came out of COP 21.

Is there a movement here amongst younger business people toward sustainability?
Yes, definitely. The universities are really encouraging that. Their role is incredible in instilling that in young people in business. We get a lot of resumés from business grads. It seems young people in business, or young people in the workforce, are thinking about sustainability and creating value in more ways than just money for themselves. That speaks to the local business community looking to hire from that talent pool. How do you become relevant? Put those actions in value into your workplace.

Does your young age work against you?
I think if you feel like you’re too young to be there, then you are. I kind of had an issue with these “women in business” things you always hear about. That’s like saying “a brunette in business.” It’s irrelevant. It shouldn’t be a thing. Neither should age. I do think there’s sometimes a “prove yourself” aspect of being a young woman in business, but if you hold your own, that’s fine.

Was sustainability ever part of the dinner table conversation growing up in Grand Forks?
No, I wouldn’t say it was. My dad owns a highway-maintenance company. Both my parents are small-town entrepreneurs, very self-sufficient in how they make a living, so it always seemed like why wouldn’t you want to start your own journey? Entrepreneurship was at the dinner table, but it wasn’t called that. It was just work. It’s a Doukhobor town. Everyone is kind of doing it themselves. My mum kept bees and made her own honey. Just where we lived, we were really in nature, but we weren’t environmentalists.

So who has inspired you?
Amory Lovins [American physicist, environmental scientist, writer and chair of the Rocky Mountain Institute], who I saw at the Globe Conference in Vancouver. I was in total fan mode. Ray Anderson [known for his advanced and progressive stance on industrial ecology and sustainability], who was inspired by Paul Hawken. He took Hawken’s work and literature and put it into action. Capitalism and the environment, and how the two awkward worlds are mashed together to create solutions.

Any locals in that group?
I’ve had the good fortune to have amazing mentors who have spent a lot of time with me: Deirdre Campbell from Tartan Group is so generous with her time, and Mia Maki, a professor at UVic who encouraged me to enter a business-plan competition [while I was a biology student]. And Synergy ended up winning it.

Do you feel pivotal in the greening of Victoria?
[Hesitantly] I think we’ve played a role. There was already an underlying will. We just helped turn that will into action. The desire to make Victoria a more sustainable city was already there. We helped deliver the metrics and the solutions to make that happen. I’d say we’re a catalyst but wouldn’t say we were the impetus.

Are we moving fast enough on the Island?
There needs to be more urgency in our city around sustainability. Targets set by government go a long way. Vancouver has set aggressive targets. They’ve committed to 100 per cent renewable energy by 2050. And they’ve asked businesses to make a climate pledge, committing to reducing their carbon footprint and shifting towards sustainable energies. We should make a similar statement here and set goals. We don’t have that now, and I think that’s a weak point.

Where do you see us going with all this?
My vision for Vancouver Island is to be a green economy hub that’s known to the world. We have the tech geeks, the entrepreneurial and the maker communities. I see the Island as the next mecca of the green economy to rival Denmark and Germany. We could be branding ourselves as the place to come to get solutions and grow our local economy.

But you’ve said you’re not a visionary?
Visionaries inspire me to action. I’m an initiator, maybe. I love that startup mode. I think I’m more a practitioner than a visionary. If there’s visionaries and doers, I’m on the doer side.

I’ve heard you take three months off every year. Wow! Is that true?
It’s critical. I think I’d suck at my job if I didn’t. It keeps my head clear to strategize. We encourage that for all our staff. We’re not lazy, though. We work hard while we’re working so we can take big chunks of time off.

You have your critics, those who say you’re promoting “weak sustainability” that takes tiny steps.
It’s understandable that some [people] would become impatient with the rate of change, when climate change is so imminent. However, the results speak for themselves. We have worked with businesses that have cut their emissions in half after four to seven years, which is ahead of any government-set targets. Those results are due to many small, incremental changes and some larger ones. Slow, steady change creates big results. We do need to see real reductions in carbon emissions, but for business to be resilient, that change needs to take place systematically and incrementally.